Nigeria will commission $195 million worth of aircraft, boats and vehicles in the next three months to strengthen security in the pirate-infested Gulf of Guinea, Transport Minister Rotimi Amaechi said. 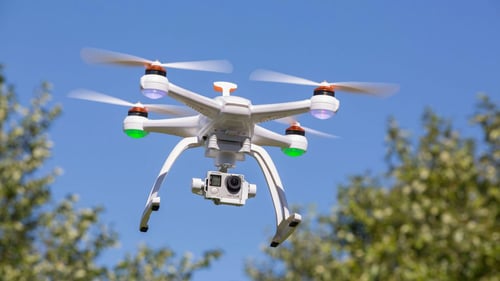 The deployment will help reduce shipowners’ reliance on private security companies to protect them in the sea off Nigeria’s coast, Amaechi said in an interview in Abuja, Nigeria’s capital. The water body is the most perilous in the world for seafarers, accounting for almost all crew kidnappings by pirates in recent years, according to the International Maritime Bureau.

The Deep Blue Project, as the initiative is known, is coordinated by a government agency under Amaechi’s supervision. The assets being deployed include two special mission vessels, two aircraft, two helicopters, four drones. 16 armored vehicles and 17 fast interceptor boats.

Blue Octagon, a Herzliya, Israel-based maritime security company, was responsible for procuring the equipment, which will be operated by the security forces.

Nigerian waters are in the center of the Gulf of Guinea, a vast expanse of the Atlantic Ocean stretching from Senegal to Angola that is the source of ever-greater anxiety for shipowners, operators and their crews. Last year, the region accounted for 95% of the 135 seafarers seized worldwide in 22 separate incidents, according to the IMB. Hostages are typically hidden in Nigeria’s southern Niger Delta region, a dense network of creeks and swamps, while ransoms are negotiated.

Amaechi had tried for several years to end the state’s relationship with OMS, arguing the firm’s charges per vessel of $2,500 for the first day and $1,500 per subsequent day imposed exorbitant costs on shippers. The navy can now secure the waters around Lagos’s two large commercial ports on its own, with two boats supplied by the government, he said.

OMS’s supporters say the company’s fees were reasonable and enabled the SAA to function successfully at no cost to the government. Its presence was responsible for “checkmating the high rate of attacks on vessels waiting to berth at the Lagos ports,” according to a report published by Nigeria’s Senate in November 2019.