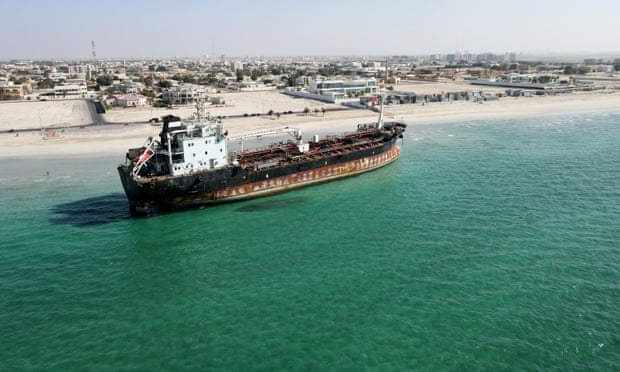 Five seafarers have been abandoned off the coast of Umm Al Quwain, in the United Arab Emirates. They have not received wages for 32 months and forced to remain on the ship due to expired documents. 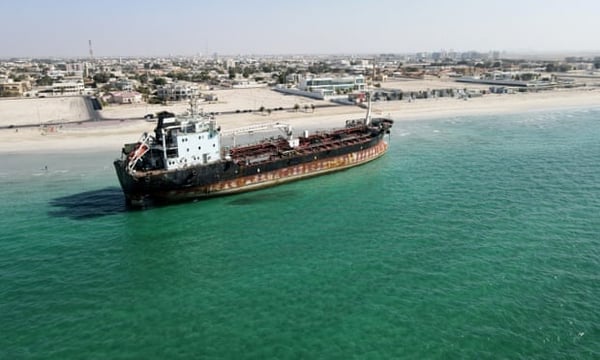 As Guardian reports, the five crew members onboard the Panama-flagged MT Iba remain stranded, as the vessel is grounded on the beach.

Abandoned by the vessel’s owner, their wages unpaid for 32 months, the five-person crew of the $4m (£2.8 million) Iba are in limbo. If they leave the ship they will lose their claim to the hundreds of dollars owed to them.

Alco Shipping, once one of the UAE’s largest shipping firms, has been dealing with financial difficulties and has stopped paying salaries almost three years ago. Since then, the stranded seafarers  have been forced to rely on charities for food and water.

Speaking to the Guardian via WhatsApp, the chief engineer says he has had to cancel university education for his children and cannot afford medical bills for his daughter, who has heart problems.

The Chief Engineer and the second engineer from Pakistan, have been on board since July 2017. In addition, the cook from India, joined in late 2018, while two more seafarers joined from India in late 2019.

Moreover, it is reported that the company owes the crew $230,000 (£170,000) in unpaid wages, while the company was blacklisted by the Indian government in 2018 due to abandonment cases.

The crew cannot go ashore as they risk being detained for not having the right documents. The chief engineer's passport, which expired while he has been at sea, remains with his former employer. And with a military coup at home, it is unclear how he will get a new one.In the meantime, it is highlighted that international law prohibits “ghost ships” at sea without crew because they are a safety hazard, which is another barrier for the stranded seafarers.

The Mission to Seafarers that provided food to the men last month hopes that the negotiations will be fruitful and the seafarers will at last go home. The Rev Andy Bowerman, the charity’s regional director in the Middle East and south Asia, says the contrast between the tourists on the beach and the crew is stark. “People go and sit on deckchairs on the beach and take coffee and look at them. It’s a bizarre situation. But these are real people in a real situation.”

As this is not the first incident of crew abandonment in UAE waters. It is stated that the UAE is discussing a law to seize abandoned ships. In 2018, the country brought in regulations similar to a maritime labour convention amendment, which require vessels to carry insurance, so that abandoned seafarers get paid up to four months’ wages. But it came too late for the Iba seafarers, who were abandoned in 2017.

Also, Guardian cited Syed Waqar Hasan, the brother of the former ship owner, who is now taking over operations of Alco Shipping, who expressed that "I’m trying to solve the problem. I feel sympathy for the crew but my hands are tied. There is no money in Alco Shipping. It was made bankrupt."

Concluding, the buyer is willing to pay the crew $142,000 in owed salaries, plus $8,000 in repatriation costs, he added. Yet, it is unclear if the seafarers will accept. The vessel is worth $4m, Waqar Hasan says, but its debts to the port authority, banks and others amount to $1.95m.

Overall, seafarers abandonment is an issue that was been often discussed the last year, as the COVID-19 difficulties are leading to more crew being stranded at sea and not being able to repatriate. Thus, Mohamed Arrachedi is the ITF’s Arab World and Iran Network coordinator, has explained that "Cases of abandonment and unpaid wages are definitely on the rise across the world, and in this region in particular. We’re also seeing more employers withholding the wages they owe to seafarers – and seafarers are paying the price."

The second day of the SAFETY4SEA Virtual Forum successfully concluded on October 21st focusing on..