This weekend Libyans started using new exchange rate after years of division between rival branches based on opposing sides of front line. 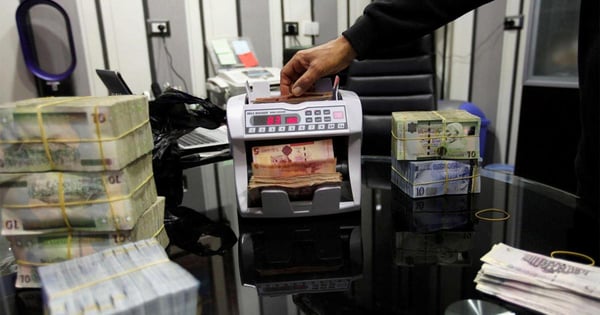 The Central Bank of Libya on Sunday introduced a new unified exchange rate agreed last month after years of division between rival branches based on opposing sides of the front line.

As part of the change, the internationally recognised Government of National Accord (GNA) in Tripoli suspended a fee on foreign currency transactions that it introduced two years ago to bring the official rate closer to the black market rate.

The Central Bank of Libya board agreed the new rate of 4.8 dinars to the United States dollar last month in its first full meeting for five years after splitting as the country divided between western and eastern factions.

In Tripoli, the black market rate on Sunday was 5 dinars to the dollar after dropping last week towards the new official rate.

"We'll have to wait three or four months to see how things go at commercial banks," said Amer, a currency dealer.

Black market exchange shops in the east were mostly closed on Sunday waiting for the market to settle.

Malik al-Fakhri, an electronics dealer in Benghazi, said he had stopped using banks after 2013 because he lost too much money importing at the official rate and turned instead to the black market.

"The most important thing for the trader is stability," he said.

The new rate is an effective devaluation, meaning the cost of imported goods is likely to rise.

"This decision is a mistake that will harm citizens more than benefiting them and is only to satisfy traders," said Hathem al-Barghathi, also in Benghazi.

The moves are part of a wider effort to resolve economic obstacles to peacemaking, encourage implementation of previously agreed reforms and hamper opportunities for corruption.

However, while fighting between the GNA and Khalifa Haftar's eastern-based Libyan National Army (LNA) mostly stopped in June after the collapse of his assault on Tripoli, diplomatic progress towards a political solution has slowed.

A ceasefire agreed in October in Geneva has been only partly implemented, with troops still occupying frontline positions, a main coastal road still closed and foreign mercenaries remaining in place.

Meanwhile, while the group of Libyans picked by the United Nations to plot a path towards democracy has set elections for the end of this year, they could not agree on a new unified government to oversee the transition period.

US threatens sanctions In Libya

Al Monitor - The US government raised the spectre of sanctions on unspecified parties involved in..