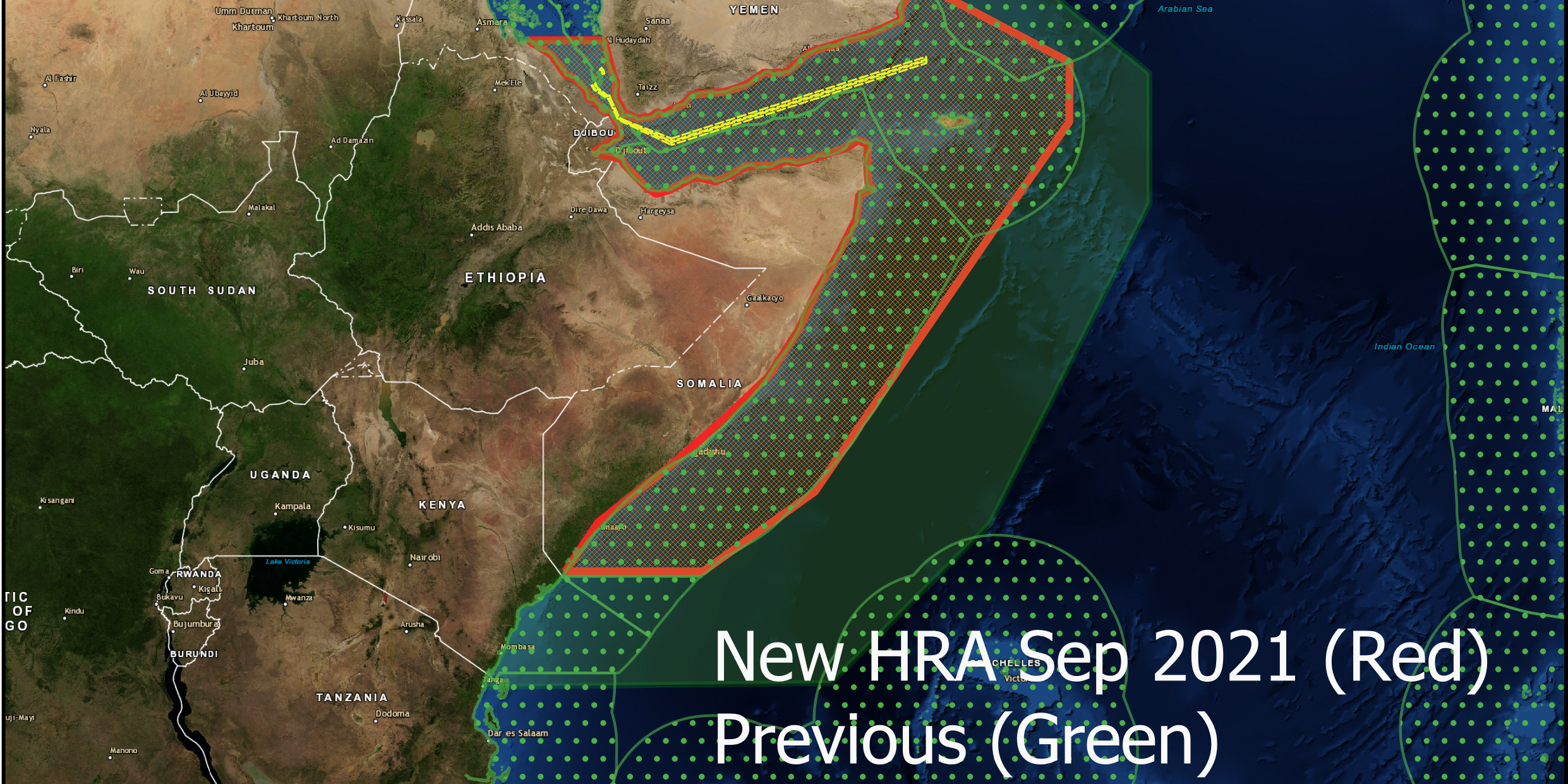 A continued downward trend in Somali piracy has prompted leading shipping organisations to reduce the geographic boundaries of the ‘High Risk Area’ (HRA) for piracy in the Indian Ocean, which will apply from 1 September 2021.
In broad terms, the changes agreed by BIMCO, ICS, INTERCARGO, INTERTANKO, and OCIMF, representing the global shipping and oil industries, will reduce the HRA boundaries to the Yemeni and Somali Territorial Seas and Exclusive Economic Zones in its eastern and southern reaches.

The HRA was created at the height of the Somali piracy threat in 2010 to show shipowners, operators, and seafarers where pirates operated and where extra vigilance was required to avoid attacks.
Subsequent updates to the HRA have reflected the changing nature of threats in the region, including the successful suppression of Somali pirate action. Somali pirate groups have not attacked a merchant vessel since 2017, while new asymmetric threats from local conflicts and insurgents have emerged as well as the existence of more severe security threats, such as piracy off West Africa, necessitating a change in how industry assesses such dangers to shipping.
Guy Platten, ICS Secretary General said: “The security landscape is constantly evolving, and as new security threats have emerged or intensified outside the Indian Ocean it has become clear the HRA is outdated and misleading. At the height of the crisis the HRA was essential in raising awareness of the Somali Pirate threat and the need to apply mitigation measures, but it has essentially served its purpose in protecting crews and vessels in the region. Now our attention must shift to ensure we cover all maritime security threats around the globe so we continue to protect the lives of our seafarers and keep global trade moving.” 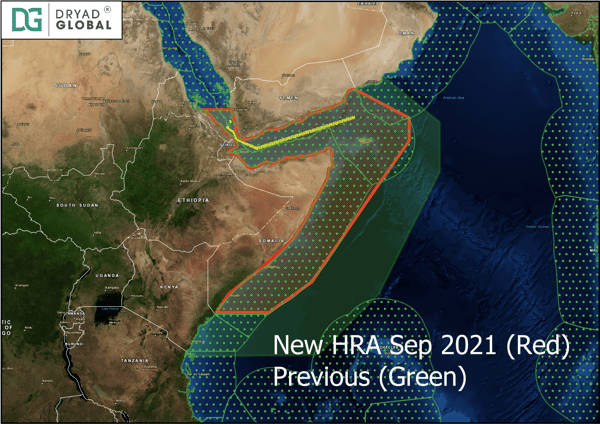 David Loosley, BIMCO Secretary General and CEO said: “The current form of the HRA is no longer the best way to guide maritime security risk management processes. As demonstrated with the recent security incidents in the waters around the Arabian Peninsula, we need a more granular approach to the concepts of threat and risk. The next logical step is to develop a global, threat-based concept which captures how ships of various type, size, nationality, ownership etc. face different risk levels.”

Katherina Stanzel, INTERTANKO Managing Director said: “This new designation is an interim measure to allow for the continued application of BMP 5 whilst the Co-Authors undertake substantive work to address maritime security threats in a global context.”

Robert Drysdale, OCIMF Managing Director said: “This adjustment to the HRA better reflects the reality of the piracy threat but given the breadth of maritime security threats faced by seafarers, a more intuitive and dynamic system for highlighting threats will be most welcome.”

Somali pirates have all but disappeared but other..

Cases of piracy in the Indian Ocean have fallen significantly but maritime security experts say..

Indian Military Base in Mauritius: why Africa..

Even the notion of an Indian military facility on Mauritius’s Agaléga island deserves regional and..