Beirut has been rocked by a significant and devastating explosion, following a severe industrial accident in a warehouse, situated in the Beirut's port complex. 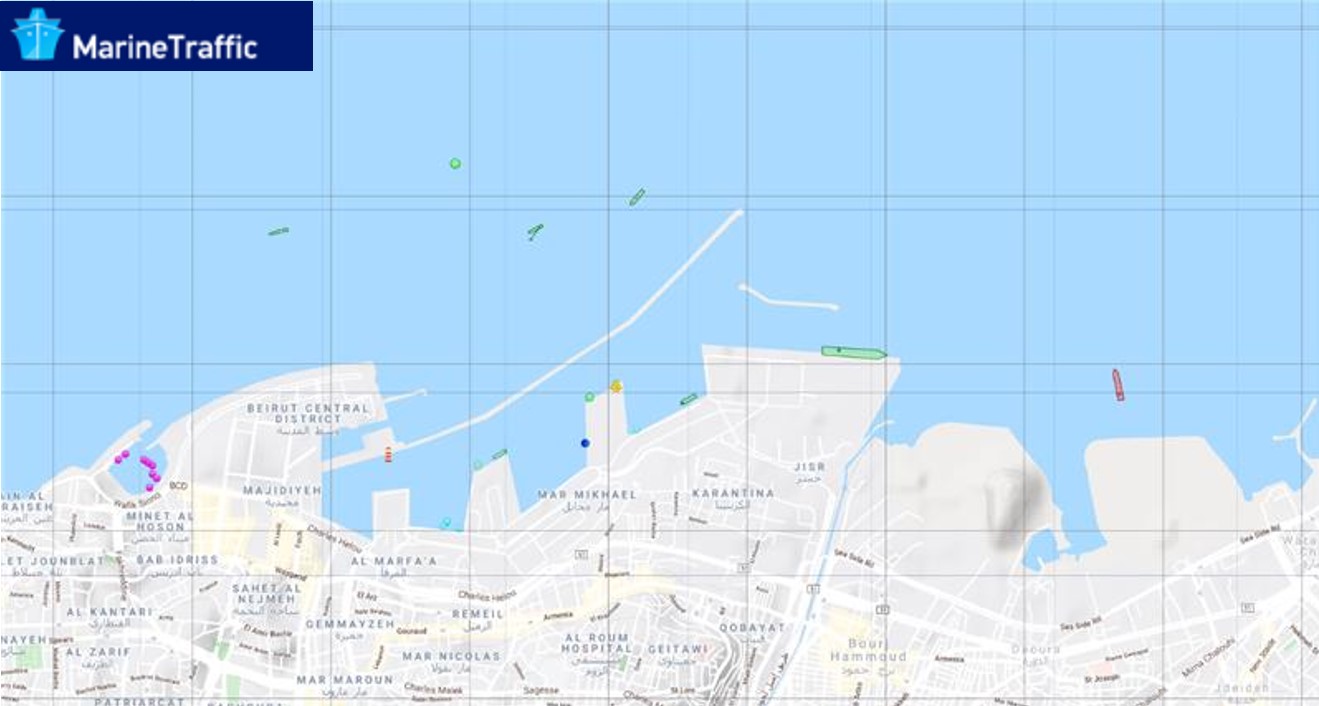 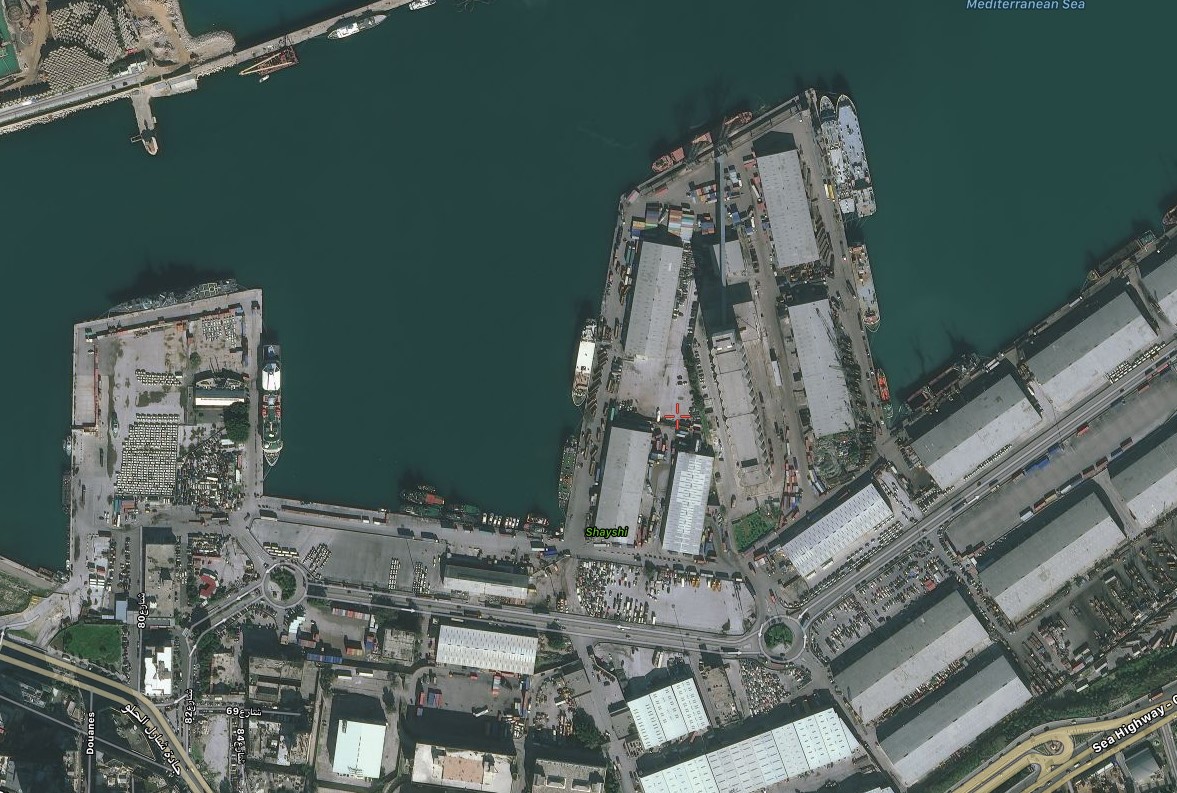 Reporting indicates that a significant explosion has occurred in the vicinity of the port of Beirut. Eyewitness observers, social media footage and local intelligence sources all confirm that a large 'shockwave' was observed, and caused significant structural damage to nearby buildings, with the blast radius extending at least 5-10 km from the epicentre of the explosion.

The blast is initially believed to have occurred when welding works were being undertaken on a door behind which were stored 2,750 tons of ammonium nitrate. Lebanon's Head of General Security says the blast was caused by a fire in a depot of highly explosive material, including Sodium nitrate. The ammonium nitrate was originally confiscated in 2013 from the Moldovan-flagged cargo vessel RHOSUS, which failed Port State Control Inspections.

Vessels and buildings within a 5km radius of the blast are believe to have been damaged. Properties within 500m of the blast have experienced significant damage.  Due to proximal location, and local reporting of other fatalities, it would be unlikely if the port location did not experience significant casualties. So far 70 individuals are reported to have been killed, and a further 4,000 have been injured. Due to the high number of people who were filming the initial fire, the blast has resulted in a high number of casualties receiving cuts to the face based on glass windows being blown out.

Local sources have stated that almost all of the port logistical infrastructure has been destroyed. Lebanon's key grain silos were also destroyed in the blast. It is estimated that 85% of the country's grain was stored here, which will greatly increase Lebanese reliance on imports.

Four vessels in the vicinity of the blast are currently assessed to have incurred damage. Of note, the Sierra Leone-flagged MERO STAR reports its hull has been breached, and injuries have been incurred. The Bangladeshi-flagged BNS BIJOY has also reported damage, and up to 21 sailors have been injured. Of note, the cruise ship ORIENT QUEEN has now sunk in the port as a result of the damage caused, resulting in two of her crew being killed.

Following the near destruction of Beirut port, Tripoli port is now serving as Lebanon's main port. However questions remain as to the readiness of Tripoli port. Tripoli port is currently operating at 40% capacity, and will likely serve re-routed vessels. 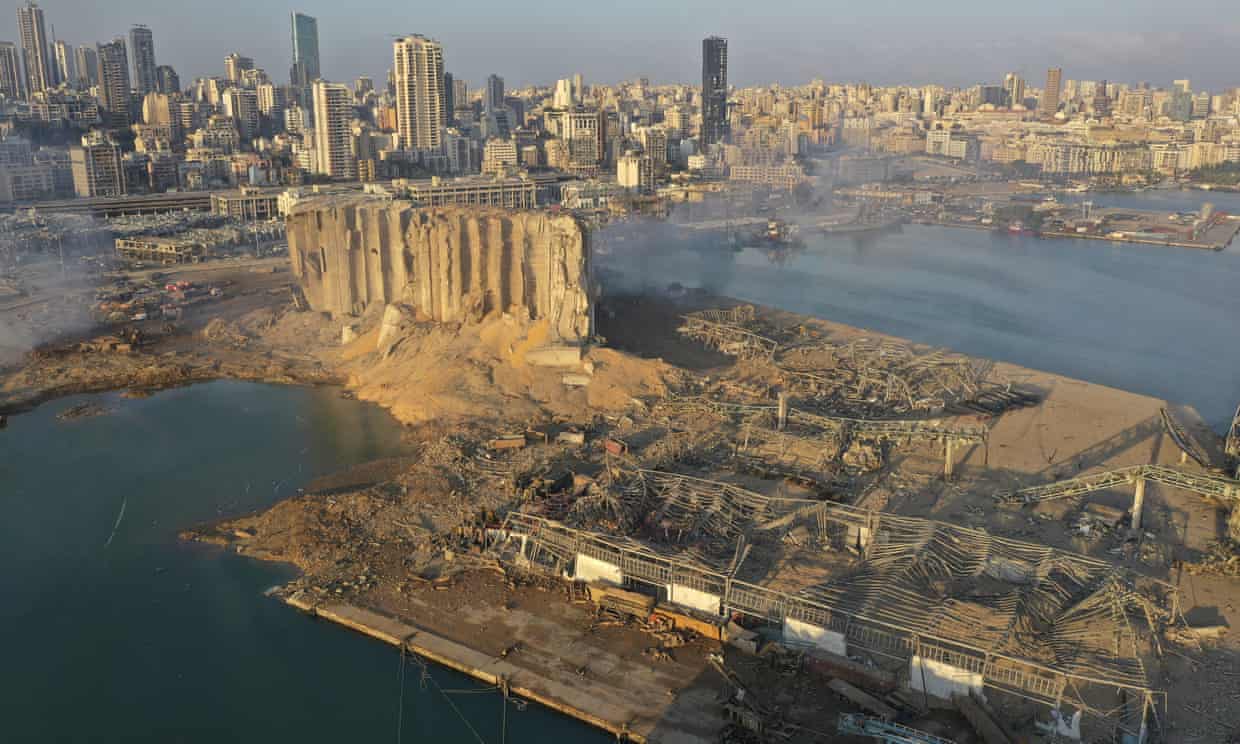 At this stage, it is likely that this incident is an industrial accident, and does not suggest military or terrorist activity. The presence of Naval assets within the area is not indicative of any likelihood of potential targeting by foreign actors. The area surrounding the port location is not a key location associated with incident reporting. Furthermore, the risk to vessels intending to transit to or in the vicinity of Beirut is not immediately escalated as a result of this incident however on account of the cessation of all operations at the port and potential for chemical contamination, all vessels should avoid.

Vessels which were intending to transit to Beirut are advised to contact port authorities at Tripoli to organise a re-routed berthing.

The total death toll will likely be high, due to the widespread destruction in downtown Beirut, which has included the widespread destruction of residential and commercial property. The UN spokesman Farhan Haq has confirmed he does not know the cause of the blast, and investigations are ongoing. The blast will likely have long-lasting impact on the Lebanese economy, and will result in Lebanon being increasingly reliant on imports.