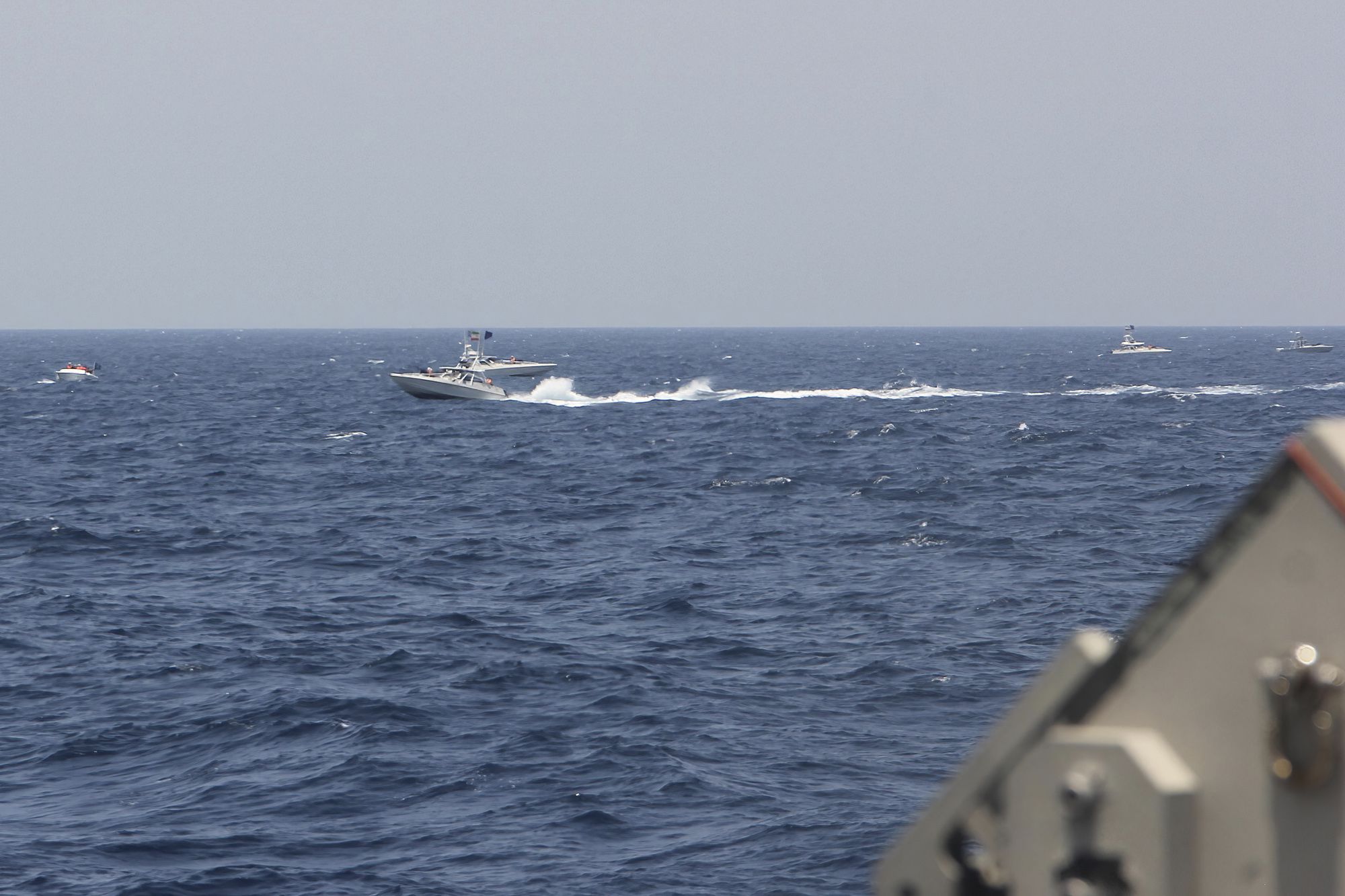 TEHRAN, Iran -- Iran’s state TV reported Thursday that speedboats belonging to the country's paramilitary Revolutionary Guard have intercepted U.S. vessels in the Persian Gulf. A U.S. Navy spokesman said he was not aware of any such encounter at sea over the past days.

The region remains on edge over Iran’s escalating nuclear program. Talks in Vienna to revive Tehran’s now-tattered 2015 accord with world powers have stalled since June, with no date set for their resumption.

Thursday’s Iranian report aired footage that the TV said was filmed from one of the Guard speedboats. It shows at least one vessel with the U.S. flag and several personnel on board as at least two speedboats appear to be chasing it. Other non-Iranian vessel in the video were not identifiable, however.

A voice is heard in the footage, saying in Farsi: “Keep chasing them.” The report did not say when the encounter took place.

Cmdr. Timothy Hawkins, a spokesman for the U.S. Navy’s Bahrain-based 5th Fleet, said he wasn’t aware of any sort of unsafe interaction with Iran in the last two days.

The report is the first such report in recent months.

In May, the Guard rejected the U.S. Navy’s claim that fast-approaching Iranian speedboats in the Strait of Hormuz sparked a tense encounter a day after the U.S. said the Revolutionary Guard sent 13 armed speedboats too close to U.S. Navy vessels in the Strait.

The United States at the time said a Coast Guard cutter fired warning shots when two of the Iranian boats came dangerously close.

The 2015 nuclear deal saw Tehran drastically limit its enrichment of uranium in exchange for the lifting of economic sanctions. In 2018, then-President Donald Trump unilaterally withdrew America from the accord, raising tensions across the wider Middle East and sparking a series of attacks and incidents.

With the talks in Vienna now stalled, Iran has breached limits set by the accord and is enriching small amounts of uranium to its closest-ever levels to weapons-grade purity as its stockpile continues to grow. Iran says its nuclear program is only for peaceful purposes.