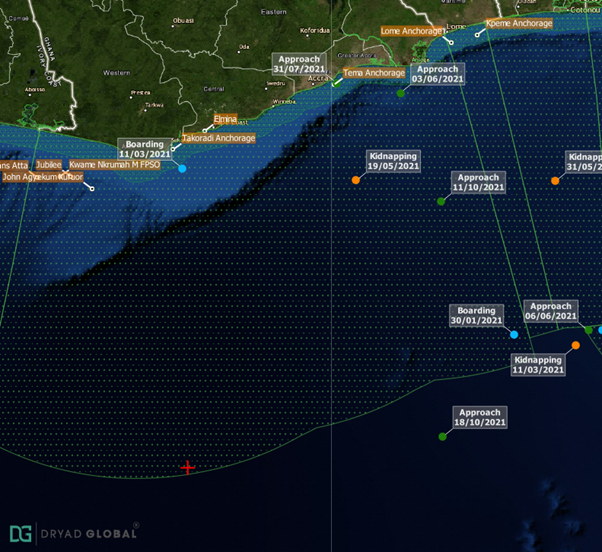 Reporting from the IMB indicates that a vessel was approached by two skiffs 208nm South Takoradi.

The vessel is understood to have identified a suspicious craft (not on AIS), drifting 10nm West of her location. The vessel was subsequently identified as a fishing boat 50 – 60m in length. The fishing boat was then sighted to transit inbound the vessels’ location before stopping and deploying two smaller skiff like craft. The vessel sent an alert and departed the location to the south, with the suspicious vessel remaining in situ.

Whilst the reporting vessel took the correct course of action, the location of the incident, subsequent lack of hostile approach and indications of piratical intent strongly indicate that on this occasion the suspicious craft were most likely engaged in fishing activity.

All vessels transiting the region are encouraged to continue to display maximum vigilance and enhanced counter piracy measures and report all attacks and suspicious sightings to local authorities and to the IMB PRC as per IMO CIR 1334.

Violence linked to the Islamic State in the Greater Sahara (ISGS) more than doubled in the past..