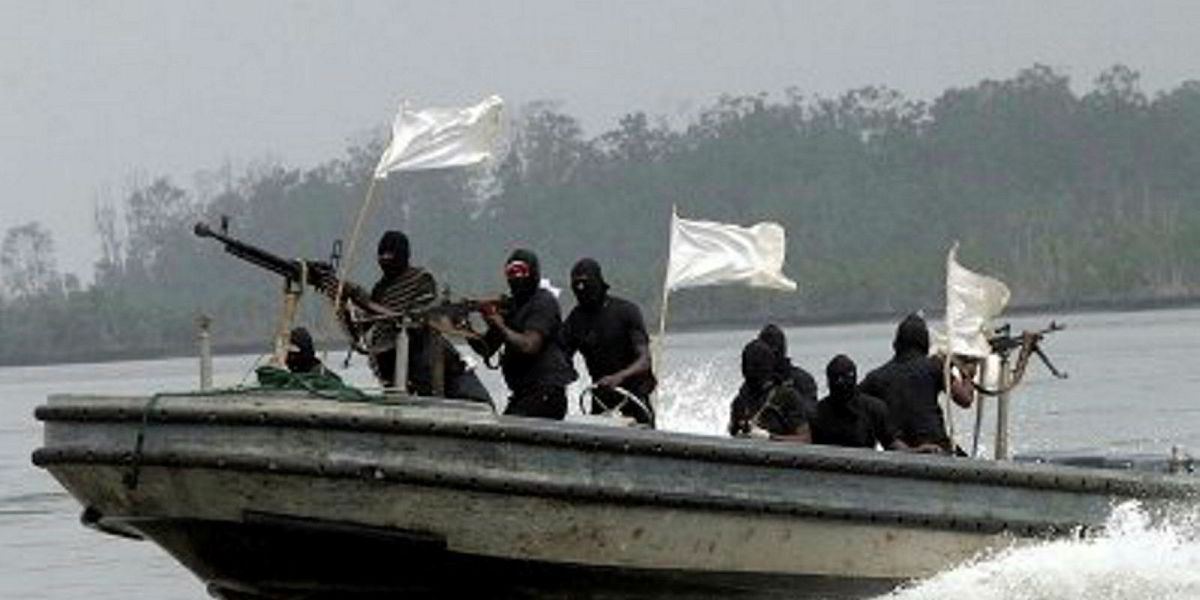 Dr. Kamal-Deen Ali has revealed alarming trends in the CEMLAWS new report indicating an exponential spread of attacks across the Gulf.

The Executive Director of the Centre for Maritime Law and Security (CEMLAWS) and a Retired Naval Captain, Dr. Kamal-Deen Ali, has revealed alarming trends in its new report concerning the dark shades of piracy in the Gulf of Guinea, indicating an exponential spread of attacks across the Gulf, where Ghana was not spared.

The retired Naval Captain indicated that “as the month of August came to an end, pirates registered their presence in Ghana’s Exclusive Economic Zone, with an attack on the Ghanaian-flag fishing vessel AP 703 where two foreign crew members were kidnapped.”

According to him, this attack is significant because, over the years, there have been fewer attacks in Ghana’s coastal areas.

Speaking on Eye on Port, the Executive Director of the Centre for Maritime Law and Security, Dr. Kamal-Deen Ali Rtd, said the spread of pirates in 2020 across the sub region is very alarming and the highest since 2008.

“We have had many more countries that have experienced piracy attacks in the same period as compared to the previous years. We have piracy footprints in Equatorial Guinea, quite a number in Nigerian waters, quite a number in DR Congo, Cameroun, Cote D’Ivoire, Benin, Togo and then Ghana.”

He said mass crew abductions are at an all-time high with recorded numbers of raids on fishing vessels and oil tankers.

“We have had cases of mass kidnappings, where in certain cases ten, or twelve people are taken in 2020 alone, and that is worrying,” Dr. Ali lamented.

He revealed that CEMLAWS found in its recent report that the Niger Delta is the number one breeding grounds for organized piracy syndicates.

“The signals we are picking is that, when these people kidnap the ship’s crew and they get to Nigeria, other people take over.”

Dr. Kamal-Deen Ali added that “a whole sophisticated team takes over. There are those who negotiate the ransom, and those who transport the abductees. Originally, those kidnapped were abused and manhandled. What we are hearing now is that some of them are actually being kept in very comfortable places of high level accommodations.”

He said it is so far unclear, the powers that support the highly sophisticated, technologically advanced and heavily financially resourced organized sea crime of piracy.

“We have to be interested in looking at the layers supporting this. For example, there is one particular case in Nigeria where some security company, has been allegedly involved in moving ransom. But Nigerians are asking more questions,” he disclosed.

The Executive Director of CEMLAWS suggested that the crime of piracy is also thriving because it seems to be a lucrative enterprise.

“The returns are very high. If you went to sea and you kidnapped three or four people and you can make a million dollars, it is worth it, so a lot of investment is going on there,” he said.

He said the complexities in the modern advanced organization of piracy has made pirates well-advantaged to conduct attacks in deep seas enabling them to evade the intervention of Security forces including the Navy.

“These pirates are using smaller speedboats. Classically when pirates are able to take vessels deeper into the sea, they do that with the help of a mother ship. The pirates have been able to redesign their operations in such a way that they use a number of speedboats that reinforce each other, some carrying their supplies and logistics, which allow them to take vessels further,” he explained.

According to Dr. Kamal Deen-Ali, these developments have become urgently necessary for the immediate retooling and reinforcing of the Navy and its allied security agencies to nip the menace of piracy in the bud.

Need to stay up to date with maritime security and port news from West Africa and the Gulf of Guinea? Download a sample of our West Africa weekly report here:

A Gulf Between Narratives: Maritime Security -..

In our 2019 annual report, Dryad Global posed the question that on the basis of current trends,..

Reporting indicates that a small boat with approx. 8 POB is suspected of involvement with piracy.

Reporting indicates that a small boat suspected of involvement with piracy has been sighted 202nm..