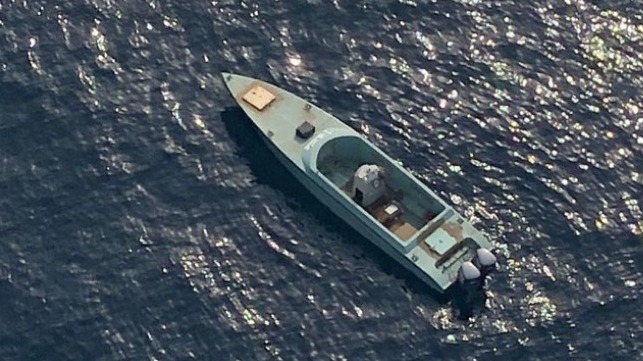 In a statement carried by the Saudi Press Agency (SPA), the coalition said the bomb-laden boat was launched by the Iran-backed Houthi "terrorist" militia.

The boat was destroyed before it could do any damage, coalition spokesman Col. Turki Al-Maliki said in the statement without giving details.

Al-Maliki said the Houthi militia "is using Hodeidah governorate as a place to launch ballistic missiles, drones, and explosive and remotely piloted boats, as well as the random deployment of marine mines, in a clear and explicit violation of international humanitarian law, as well as a violation of the provisions of the Stockholm ceasefire agreement in Hodeidah."

Earlier on Sunday, the coalition said Saudi air defense forces shot down an armed drone launched by the Houthis toward Abha airport in southern Saudi Arabia.

Although some shrapnel fell on the airport as the drone was destroyed, no injuries were reported, Al-Maliki said. Source: Arab News

It may just be coincidence that Russia was piling military pressure on Ukraine last week at the..

Bahrain’s impressive navy officers, alongside their counterparts from Saudi Arabia, are being lined..