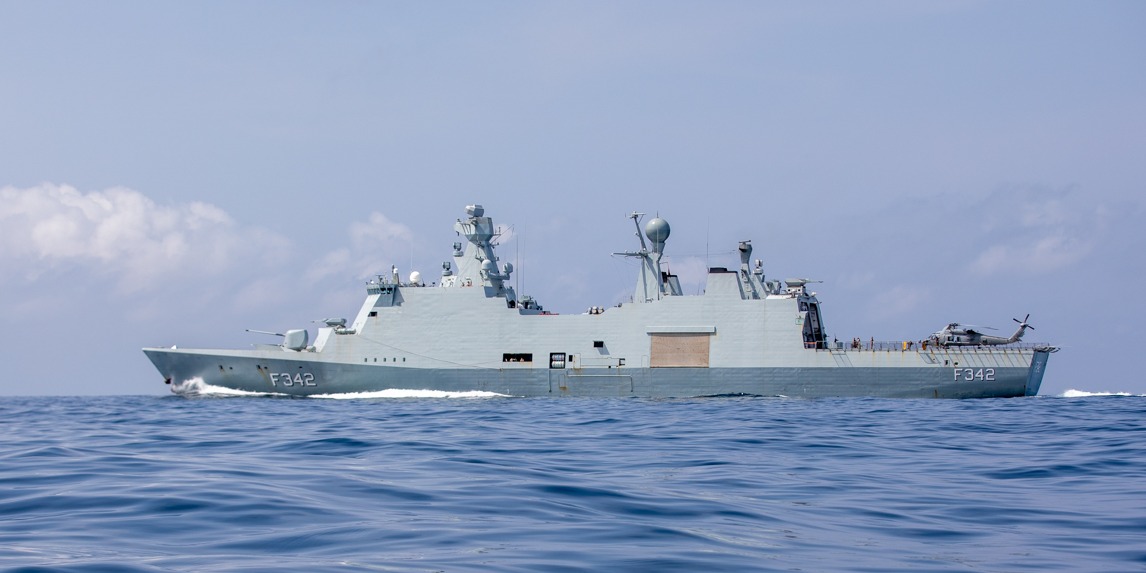 By the Danish Defence Command

"On Wednesday, November 24, the crew of the frigate Esbern Snare responded to reports of an increased risk of piracy in the waters south of Nigeria. The ship set in that direction and sent the ship's Seahawk helicopter in advance to observe. The crew of the helicopter found a speeding motorboat with eight suspicious men on board in the afternoon in an area with a number of merchant ships. On board the ship, the helicopter crew could see a number of the tools associated with piracy, including ladders.

After the firefight, the pirate ship sank. The eight pirates have been taken aboard the frigate Esbern Snare, where one wounded man was treated for his injuries.

The inter-ministerial working group will deal with what should happen to the pirates."

The incident involving the Danish Navy and the death of 4 pirates represents a key milestone in the evolution of piracy within the Gulf of Guinea. Whilst a logical consequence of Naval Forces being deployed to protect commercial shipping against the threat of hijack and kidnap, this is the first time where suspected pirates have been killed by an international Naval vessel operating within the region.

The Danish Navy is a highly trained and formidable maritime force who are understood to have acted in self defence whilst attempting to interdict a suspicious vessel. In the short term pirates continuing to target commercial vessels operating within the Gulf of Guinea are unlikely to be significantly deterred from conducting such operations in future as a result of this activity. However this incident shows the Danish government's intent to have an enforcement impact in the region under its sovereign mandate.

The presence of a multi national Naval coalition has long been required within the Gulf of Guinea, both in order to support the littoral states counter piracy efforts and to provide a coordinated and sustained program for the combating of piracy across the longer term. The EU CMP remains in pilot stage and currently individual states continue to provide the backbone of the international Naval presence throughout the region. The recent incident involving the Danish Navy highlights the need for a sustained Naval presence and the effectiveness of deploying such forces.

Denmark has announced that it will deploy an Absalon-class Danish frigate equipped with..

India will continue to maintain naval presence in the troubled Persian Gulf and Gulf of Oman, aimed..