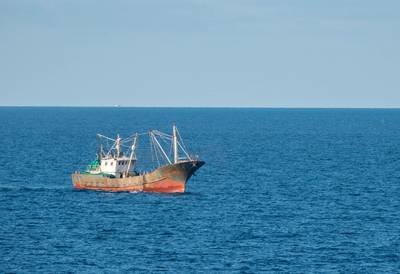 Fishermen in Ecuador have taken matters into their own hands to combat pirate attacks that have long plagued the nation's coastal provinces.

On June 28, media outlet Ecuavisa reported that fishermen had set fire to a boat docked at the port of Santa Rosa in the western coastal province of Santa Elena. The vessel had reportedly been used several times by pirates to steal motors from fishing boats at sea.

The fishermen claimed to have attacked due to authorities failing to prevent maritime crime, according to Ecuavisa.

A day after the attack, fishing union representatives met with Santa Elena’s governor, Fulton Edulfo Anchundia Pacheco, members of the navy and police to demand that the fishing sector was recognized as being in a state of emergency.

At the meeting, Ramón González Suárez, a local fisheries cooperative leader, detailed how pirate attacks had plagued the port for years and that officials had done nothing to resolve the problem.

In response, authorities promised to step up maritime controls and asked   fishermen to report attacks to the Attorney General’s Office, the media outlet added.

In January of this year, pirates raided seven fishing boats off the coast of Santa   Elena’s port of Anconcito, also located in the canton of Salinas,   Expreso reported.  During the robbery, heavily armed thieves reportedly stole six     of the seven boats and 15 engines in total, leaving one fisherman injured.

Groups of heavily armed pirates working along Ecuador’s western coast have targeted small fishing vessels for years to steal their motors, which are in high demand and sell for thousands of dollars on the black market. As InSight Crime reported, these engines are then often used onboard boats transporting drugs.

Engine theft by pirates has plagued the coast of Santa Elena and other Ecuadorian provinces for decades, raising questions over why authorities have failed to target the crime.

Those who want to avoid attack must pay pirates $100- 150 per month for their safety, according to a 2019 report from El Comercio. Those who resist are often killed or injured at sea during robberies.

Speaking in 2019, González shared how for over 25 years, fishermen working from Santa Rosa had been subjected to robberies, assaults and extortion, but that no substantial security plan had been put forward.

While authorities have opened investigations and proposed carrying out reactive patrols in some provinces, little has been done to substantially target the problem. This has meant some fishermen are now deterred from reporting attacks, adding another layer to a vicious circle.

And while attacks off the coast appear to have been somewhat reduced during the pandemic, they remain a concern to fishermen who risk their lives and have scarce economic alternatives.