GREEK shipowners have returned to Venezuela in rising numbers, emboldened by the January inauguration of new US president Joe Biden, as increased tankers are tracked shipping sanctioned crude cargos, mostly to China. 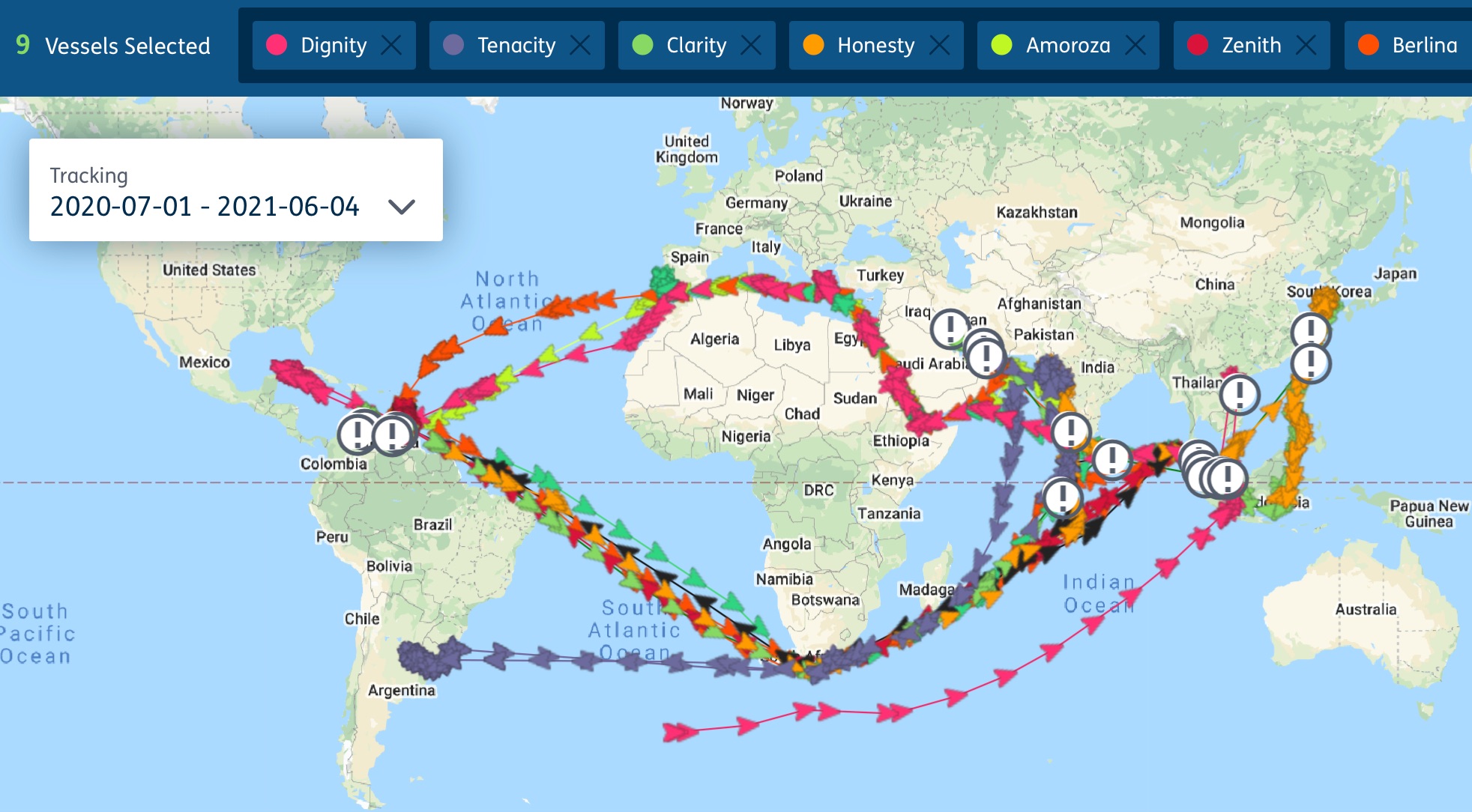 At least 20 tankers owned or formerly linked to Greek shipowners have loaded crude at Venezuelan ports or via ship-to-ship transfers off nearby Caribbean islands since January 1, according to Lloyd’s List Intelligence data.

Six of these vessels belong to one anonymous, new Greek shipping company, Piraeus-based Edge Maritime that has emerged during the past year with a focus on Venezuela after buying five elderly suezmaxes, data shows.

In addition, seven tankers sold by some of the most prominent Greek families to mystery buyers outside the country between October 2020 and April were also immediately deployed on Venezuelan trades, data reveals.

There is no suggestion that any of the companies or tankers are breaching US sanctions or engaged in deceptive shipping practices.

Until mid-2020, Greek shipowners carried 80% of Venezuelan cargoes, defying unilateral US sanctions first imposed in early 2019 on the country’s oil and shipping sector.

But after six tankers owned by four prominent Athens and Piraeus shipping families were briefly targeted by US sanctions in mid-2020, shipments slowed to a trickle for the remainder of the year.

Venezuela and its Russian marketers instead turned to tankers owned by Vietnam and a series of anonymous single-purpose companies that purchased tonnage specifically for the route.

The renewed focus on Venezuela from Greek interests is at odds with a June 2020 pledge from the country’s shipowner lobby group, the Union of Greek Shipowners to encourage its members to refrain from shipping Venezuelan crude.

The increased number of Greece-linked ships now returning to Venezuela comes amid uncertainty about whether the new Biden administration will wind back, intensify or change existing sanctions.

The Trump-era measures failed to dislodge President Nicolas Maduro amid a worsening humanitarian crisis in Venezuela, while talks to lift Iran shipping sanctions are now underway in Vienna.

Venezuelan exports, excluding those to Cuba, totalled about 380,000 barrels per day in May, according to Lloyd’s List calculations, although the number is difficult to properly assess because of deceptive shipping practices used to disguise the origin and destination of the cargo.

It is common for tankers involved in shipping Venezuelan crude to switch off their Automatic Identification System to avoid detection when loading. 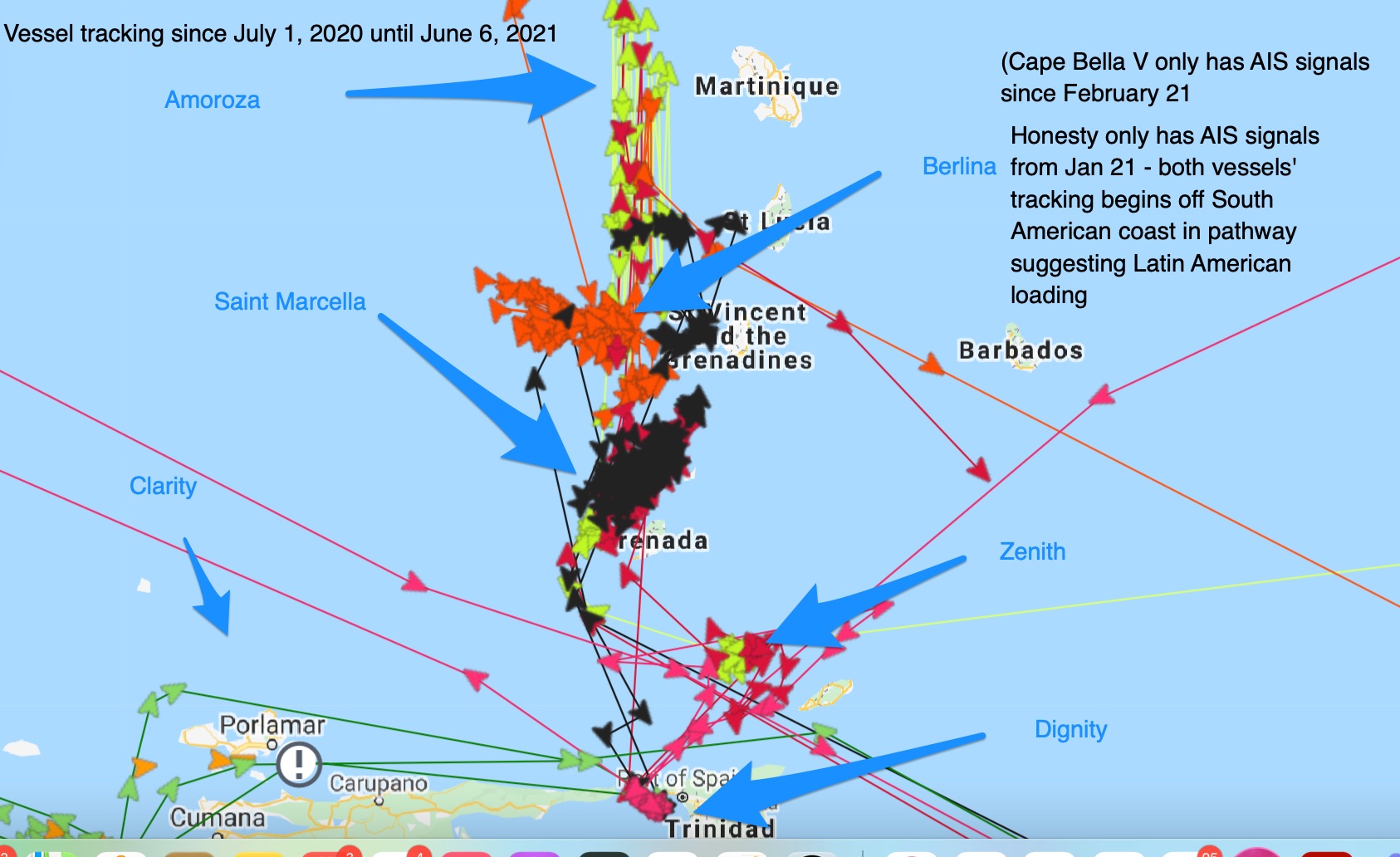 They are also known to conduct multiple STS transfers in open waters off islands of Aruba, Bonaire and Curacao, as well as at anchorages off Malaysia, as well as spoof their location as part of sanctions-skirting tactics.

Edge Maritime had owned a fifth suezmax tanker, Berlina (IMO: 9224453) in November 2020 but it was sold in February 2021 to undisclosed buyers, according to recent data.

Edge Maritime lists its address in 137 Filonos St, Piraeus. This appears to be an office building used by the Bank of Cyprus, the Philippines honorary consul and shipping companies including Multibulk Marine Management and Tomazos Shipping.

Two of the Edge Maritime tankers were purchased from World Carrier Corp, two from Sovcomflot and one from Ernst Russ AG.

Two tankers owned by the Bacolitsas group, which commercially operates them via the Sea Pioneer Shipping, were tracked calling at Venezuelan ports or in waters where the crude is loaded.

There is no suggestion the tankers are involved in sanctions-skirting activities.

“All vessels managed by Sea Pioneer have always legally and as necessary for its legitimate business purposes called at ports of Venezuela and the same was verified, both pre and post-fixing, by the vessel’s P&I Club, which carried out due diligence check on owners’ behalf,” it said in a statement.

“On top of that, Sea Pioneer has obtained exonerating legal advice from Messrs Freehill, Hogan & Mahar, one of the most esteemed and sanction-specialised law firms in the US, confirming that vessels’ calls are considered non-sanctioned. It is to be emphasised that neither port call was or will ever be in relation to a sanctioned activity.”

Aframax River (IMO: 9259173) called at Venezuela in January but signals showed it remaining in the region for several months before sailing across the south Atlantic in early May, AIS vessel-tracking data shows. After briefly stopping in waters outside Cape Town in late it is now sailing for Asia.

Owner, Andreas Hadjiyiannis from Cyprus Sea Lines has been approached for comment. In January, a tanker Willowy (IMO: 9251822), operated by his group Hellenic Tankers, was tracked alongside another aframax tanker laden with Venezuelan crude in waters off Sungai Linggi anchorage.

The vessels did not undertake an STS and Willowy was undertaking a turbocharger overhauling, which is why it was in the region with its AIS switched off during this period, the company said at the time.

Another aframax vessel, Eurostrength (IMO: 9543524) has made several voyages to China after receiving Venezuelan crude via STS in anchorages off Malaysia since October, vessel-tracking data shows.

That vessel is owned by the Gotsis shipping family via the Eurotankers company. A request for comment was not immediately responded to.