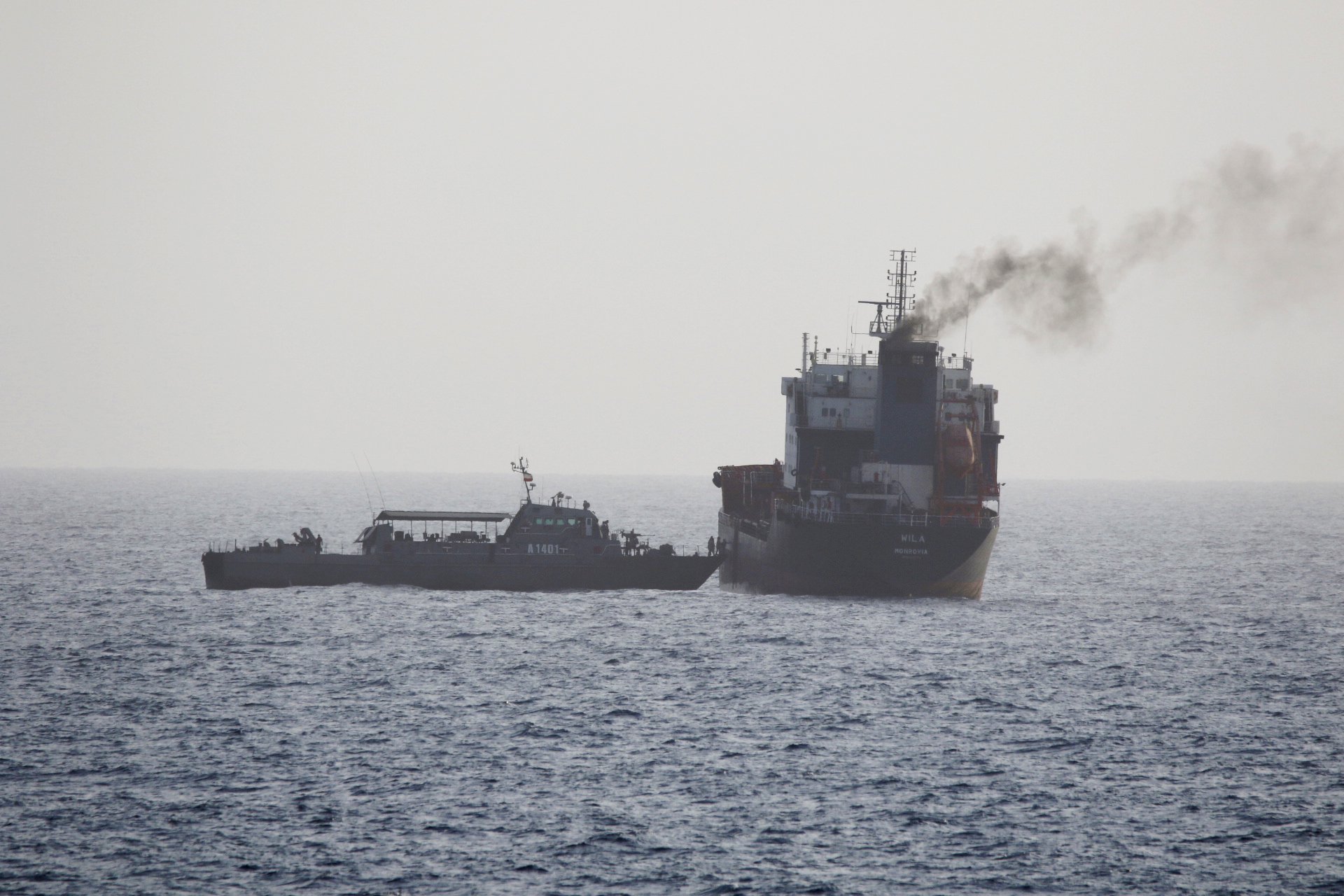 The 10 foreign crew members were detained and the case was handed over to prosecutors in the port city of Parsian, the semiofficial Fars news agency quoted an IRGC spokesman as saying on November 20.

The report did not give the nationality of the crew members or other details of the incident.

Iran, which has some of the world’s cheapest fuel prices due to heavy subsidies and the fall of its national currency, has been fighting fuel smuggling to neighboring countries.

An estimated 10 million liters of fuel are smuggled from Iran every day, according to Iranian media reports

ran’s Revolutionary Guards said Friday they seized another vessel smuggling fuel in the Gulf and..