The SHALDAG-Class fast patrol boats (FPBs) are designed to meet the challenging coastal security requirements of navies across the globe.

The vessels can support a range of missions, such as maritime patrol, interception of terrorist activities, drug trafficking, prevention of illegal immigration, and search-and-rescue (SAR) operations. 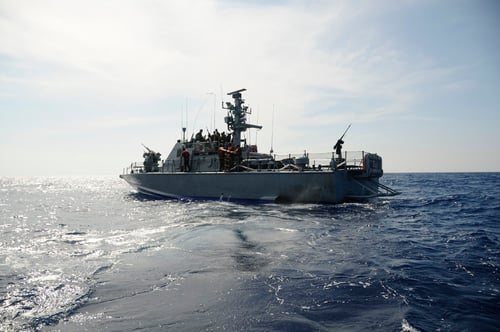 The SHALDAG MK V, variant of the SHALDAG-Class FPBs, is a combat-proven, all-aluminum, light and fast patrol vessel driven by powerful waterjets.

It has a high payload capacity and provides significant manoeuvrability and seakeeping.

Israel Shipyards chairman Sami Katsav said: “This significant order represents a seal of approval for the quality of the vessel and recognition of the professionalism of the company as a supplier of advanced vessels to governments and security forces around the world.”

Among these, SHALDAG MK V is an advanced variant compared to the other two variants in terms of performance and physical attributes. It has an overall length of 31.2m, a draft of 1.25m, and a moulded beam of 6.4m.

Israel Shipyards CEO Eitan Zucker said: “We are pleased with our long-standing cooperation with the Israeli Navy, and with the opportunity for our flagship vessel to become part of the navy and its missions, protecting our country’s maritime borders.”

Lebanon warns against any Israeli ‘aggression’ in..

President Michel Aoun said any activity in the disputed area would amount to an act of aggression..

Since 1995, the Islamic Revolutionary Guard Corps navy has been tasked with guarding “the Persian..