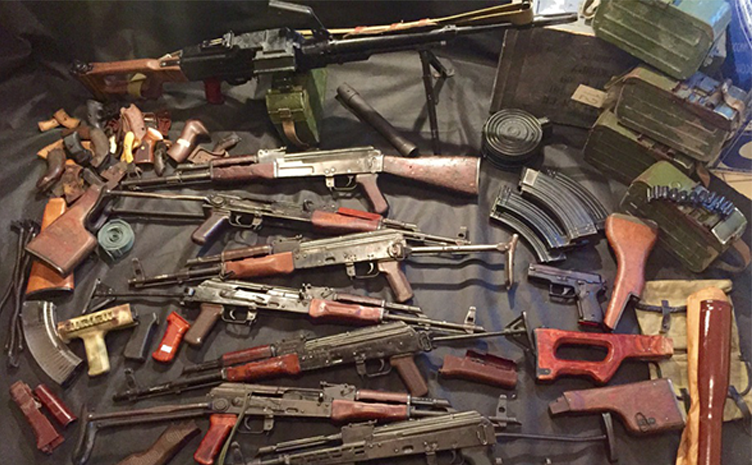 The Libyan National Army (LNA) seized a quantity of weapons smuggled to Mali and Niger.

“The seized weapons were on their way to Mali and Niger for armed gangs and terrorist organizations operating there,” said the Media Office of LNA 128 Brigade.

The weapons were seized during an operation carried out by the Second Battalion of 128 Brigade 100 kilometers from the city of Ubari in the Southern region, the Media Office added.

The National Oil Corporation (NOC) today renewed its call for immediate and unconditional..

Fighting has broken out in the Somali capital, Mogadishu, between different sections of the..

After a seizure of disassembled guns found in vehicles shipped from the United States to Chile, a..