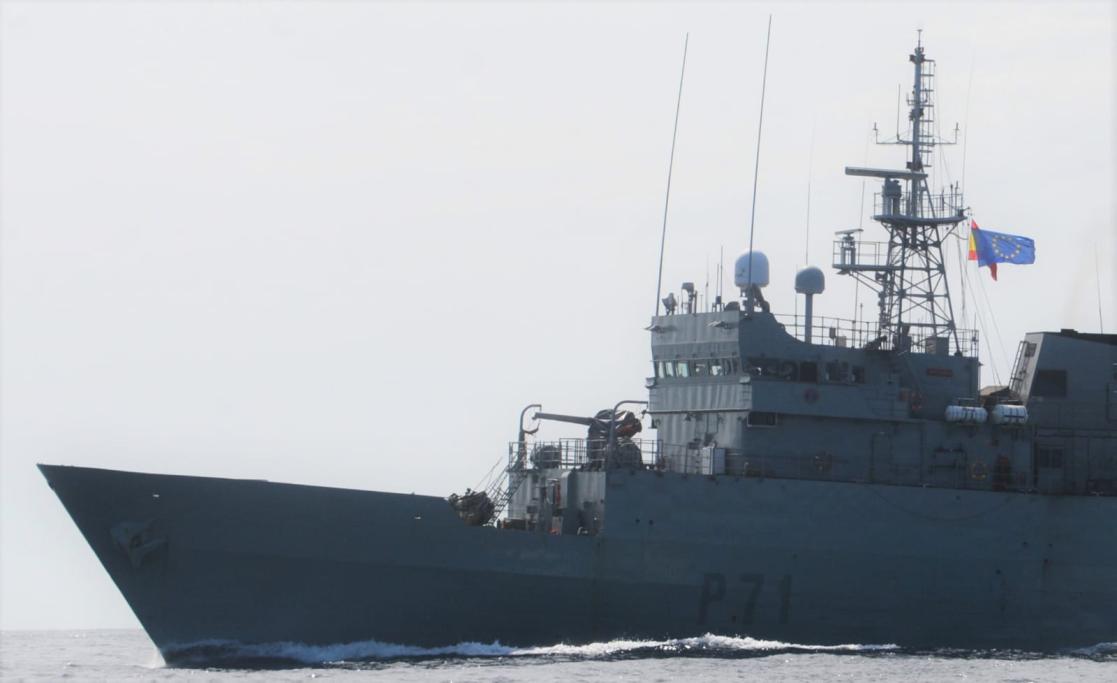 Maritime piracy has long haunted global shipping and remains a constant threat, not only to international maritime shipping, but also to regional stability and global security. Approximately 90 per cent of global trade by volume is transported by sea and handled by ports worldwide; this percentage is even higher for developing countries.

As such, piracy has a disproportionate effect on developing countries, potentially adding to their instability. As the second largest exporter and the third largest importer in the world, the EU is heavily dependent on freedom of navigation, and respect for International law and safe Sea Lines of Communication. These freedoms are not only necessary from the EU and other economies to prosper, but also to ensure global security.

The Coordinated Maritime Presences concept was presented in 2019 as a new and flexible tool to increase the EU’s capacity as a reliable, long-term, security partner and maritime security provider, in line with the EU Global Strategy and the Council Conclusions on Global Maritime Security. The concept relies on making the best use of existing tools and EU members’ naval assets already present in the maritime areas of interest. This renewed maritime diplomacy aims at building strong maritime security architectures, globally.

What is Coordinated Maritime Presences?

In line with its Maritime Security Strategy (2014) and revised Action Plan, the EU delivers tailored responses to improve maritime security and enhance the rules-based order, with the United Nations Convention on the Law of the Sea (UNCLOS) at its core, in all key maritime regions across the globe. As a global stakeholder, the EU engages with third party states, regional bodies and international organizations to foster human security and address the root causes of conflict and poverty.

For their part, the EU Member States have a large presence at sea through their national assets and in accordance with their national strategies. These measures ensures that their  national interests are served, most notably in areas that are of concern to the entire European Union.

The Coordinated Maritime Presences concept provides a framework for Member States and EU to synergize and align the efforts, facilitating a continued EU maritime presence in designated Maritime Areas of Interest and promoting international cooperation.

From the inception to implementation

In Jul 2019 the European External Action Service (EEAS) presented the concept to the Political and Security Council. Built on the experience gained through CSDP naval operations, including Atalanta and Sophia , the Shared Awareness and Deconfliction (SHADE) mechanism, and the Maritime Security Centre – Horn of Africa (MSCHOA), the “coordinated maritime presences” idea was to provide the EU with a flexible tool to enhance its presence and political influence in key areas of maritime security interest as well as to develop a greater common understanding on maritime awareness.

The implementation of the idea required the identification of a specific maritime area or “Maritime Area of Interest” (MAI) for the EU and the creation of a “Maritime Area of Interest Coordination Cell” (MAICC). This Cell would collect and share, within the EU, situational information provided by Member States’ navy vessels sailing the MAI, and would develop links and exchange information with the maritime industry, partners and relevant Member States. The document also proposed to establish a first pilot project for CMP in the Gulf of Guinea.

Internal discussions at political level took place, an implementation plan was required, adjustments to the initial proposal would follow… but finally, one and a half years later, the PSC approved the Council Conclusions launching the pilot case of the Coordinated Maritime Presences concept on the 25th of January 2021. CMP jumped from the paper to the action.

The pilot project in the GoG started to run and the Coordination Cell work was embedded into the European Union Military Staff in Brussels.  The information flew between the Member States and the MAICC and from here to the EU: meetings, strategic reports, enhanced situational awareness, engagements with partners, visits to the area… Important lessons were identified to improve the concept and allow a more efficient implementation. The appointment of the Senior Coordinator in the European External Action Service (EEAS) brought both visibility and a diplomatic capability to the initiative.

Thirteen months later, on 21 Feb 2022, the Council approved the extension of the implementation of CMP in the Gulf of Guinea for two additional years: the pilot project received wings to fly alone, not as a pilot anymore, but as an initiative itself.

Mainly in the Gulf of Guinea, as the implementation plan in the NWIO was still being defined, CMP enhanced overall the position of the EU as a maritime security provider in the region. The efforts by Member States made it possible to ensure a continuous presence in the MAI throughout 2021 and, predictably, 11 out 12 months in 2022. That provided a deep situational awareness in the declared EU maritime area of interest, and surely contributed to the downwards trend of piracy related events.

The main strength of the EU is the ability to deploy regularly up to 4 EU Member States’ naval assets in the region concurrently, more than the rest of international actors in the region. The quantity and quality of training activities delivered to the regional countries as part of the CMP framework, most likely contributed to improving regional capabilities to tackle maritime security responsibilities. The EU projects also play a crucial role in supporting the countries in the region and the construction of an effective maritime security architecture.

The Senior Coordinator, responsible for implementing the CMP concept in the MAI reaches the political estate and gives visibility to EU’s action at the highest level. The CMP event in Nigeria paved the way for an enhanced cooperation with a key actor in the region, and the CMP event in Togo facilitated the dialogue to achieve agreements for the legal finish.

Working in close cooperation with the International Coordination Centre (ICC), the MAICC is now perceived as an active and valid interlocutor both for the Member States and for the Yaoundé Architecture. The participation in the region facilitates exercises and relevant fora made also her a creditor for recognition by other international partners, such as the US Navy, enhancing EU’s visibility and role in the region.

As results arrived, the Member States started to feed the MAICC. Voluntary National Contributions allowed the Cell to increase its presence in different fora, engage actors in the region, support Senior Coordinator activities and EU Member States’ initiatives and exercises.

CMP is growing to respond to the EU’s needs. The newly created NWIO MAI will benefit from the experience gained in the Gulf of Guinea. The complexity of the area makes the implementation of the CMP in the region a challenge. The advantage is that the EU counts on the support of a deep-rooted actor in the region, for example, there exists already a network that can provide regional maritime expertise, such as Operation Atalanta and the initiative of some EU members in the Strait of Hormuz (EMASOH).

However, as stated in the recently approved Strategic Compass, CMP is aimed at being implemented wherever the EU finds maritime security as crucial to its interests, and that means that new MAIs are to be considered and thus the CMP structure enlarged, giving a global range to EU maritime diplomacy.

CMP in the GoG will be the model to follow. In this MAI the CMP will have to work in several directions: synergize the efforts and enhance mutual support between the EU projects and Member States’ initiatives, consolidate its position at political and strategic level among the regional countries and structures, provide an effective support to the maritime security architecture (Yaoundé Architecture), continue to participate in regional fora and exercises, promote EU Member States’ activities, deepen the liaison with the maritime industry and engage international regional actors and lead cooperation at sea.

Firm steps are being taking in these directions. The seed is planted, and now it is time to grow the tree. The credibility of the EU as a global maritime security provider is at stake, as is EU security and prosperity.

A new Maritime Cyber Baseline scheme launched by IASME and supported by The Royal Institution of..

Around 90% to 95% of all shipped goods at some stage travel by sea. This makes the global maritime..