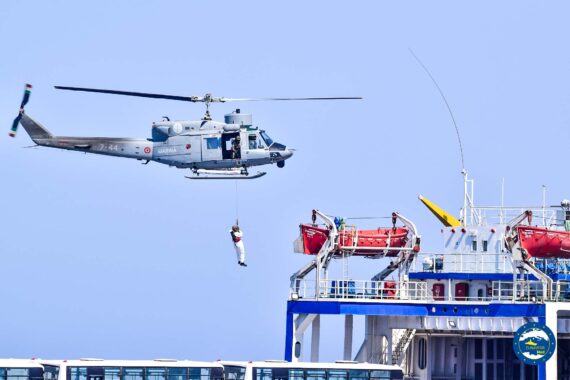 On 18 July, Operation IRINI conducted an inspection of the MV VICTORY RORO off the coast of Libya. The ship was found to be transporting vehicles to Libya in breach of the UN arms embargo.

The MV VICTORY RORO, flying the flag of Equatorial Guinea, has long been suspected to transfer military equipment to Libya. Under the name MV LUCCELLO, flying the flag of the Comoros, the vessel was identified by the UN Panel of Experts on Libya as having delivered military vehicles to the country in early March 2022. 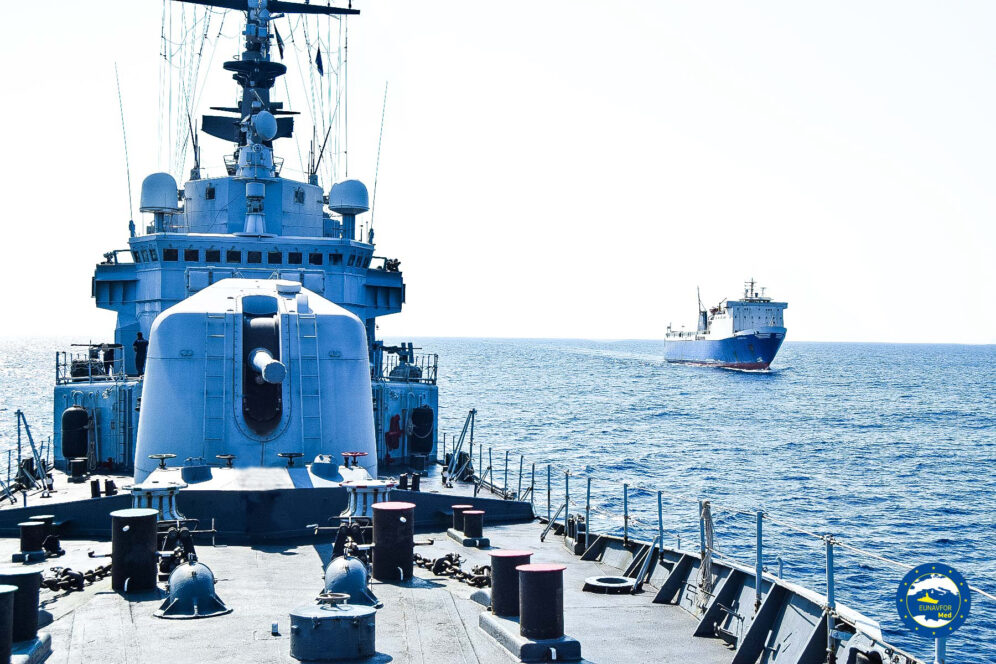 Prior to the inspection, the cargo ship had been located by a French Navy plane, assigned to Operation IRINI, after crossing out the Suez Canal and entering the Mediterranean Sea. The Hellenic Navy frigate HS THEMISTOKLES monitored the ship during her route before the frigate of the Italian Navy ITS GRECALE took over to conduct the inspection. Both warships are deployed under operational control of Operation IRINI.

During the inspection, the team identified dozens of vehicles designed or modified for military use and thus assessed to be in violation of the UN arms embargo on Libya. In accordance with UNSCR 2292 (2016) and its mandate, Operation IRINI seized the vehicles violating the UN arms embargo on Libya and is now diverting the ship to an European port for further proceedings.

The inspection of MV VICTORY RORO is the 24th performed by Operation IRINI since its launch in March 2020 and was carried out in accordance with UN Security Council Resolution 2292 (2016) and subsequent renewals. They authorize the diversion of ships like this and the seizure of transported arms and arms related materiel.