Regional military intervention in Mozambique is a bad idea. Here’s why

Mozambique’s President Filipe Nyusi has called an extraordinary summit of the leaders of the Southern African Development Community (SADC) this week. He wants them to deliberate on plans announced in early May to send 3,000 troops to help the beleaguered Mozambican government address the ongoing insurgency in Cabo Delgado province. 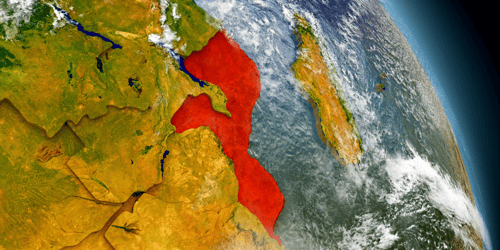 The insurgency, led by an Islamist group known as the Sunnar (popularly known locally as Al-Shabaab), has destabilised the region since October 2017. Its strength has grown tremendously since last year. In October it made a daring raid on one of the major towns in the north, Mocimbao da Praia. And then in March this year it targeted foreign contract workers, including South Africans.

This rang alarm bells in the region.

But is an intervention by the regional body a good idea? And will it help?

Past experiences suggest it’s not. And that it won’t help.

I suggest that the SADC does not have a remarkable record of military interventions in civil conflicts in the region. It would therefore be misguided to attempt an intervention without adequate understanding of the political dynamics at play in northern Mozambique.

Interventions that are hastily prepared by military leaders without deep contextual knowledge of the drivers of conflict are not likely to end well.

SADC interventions in internal conflicts in its neighbourhood haven’t worked out well.

In 1998 Botswana, South Africa and Zimbabwe took the lead on behalf of the regional body to restore order and constitutional legality in Lesotho. The haste in which the SADC conceived the operation guaranteed that it would not produce clear outcomes. South African troops lost their lives and SADC troops had to withdraw in ignominy.

The SADC has since had to continually intervene as a peacemaker in the fractious terrain of Lesotho politics.

The other major experience in intervention was through the Force Intervention Brigade composed of Malawi, Tanzania and South Africa. This was put together to defeat the M23 Movement in the Democratic Republic of Congo (DRC) in 2013. It was deployed under a United Nations Security Council resolution to assist the United Nations Mission for the Stabilisation of the DRC.

Initially, the Force Intervention Brigade made a difference. It routed the M23 and contributed to a return to some form of stability. But the militia menace in the region has continued unabated, raising questions about the long term efficacy of the brigade’s work..

The brigade remains in place, though countries contributing troops have lost enthusiasm for managing the multiple problems in the region.

Lessons learnt from past forays

What can we learn from these military experiences to inform the envisaged Mozambique intervention?

First, military interventions in complex internal conflicts are fraught with profound obstacles. The biggest are inadequate knowledge about the parties to the conflict and what drives the conflict, and uncertainties about the outcomes.

In Mozambique, the insurgents have grown because of preexisting grievances. This includes the political marginalisation of the largely poor and rural Muslim-dominated region. This has coincided with the discovery of one of the world’s largest natural gas deposits, which has attracted French, Italian and American companies.

Second, it is dangerous for regional actors to pick a fight with a group they believe they can easily subdue. The insurgents started low level guerrilla attacks targeted at government installations and gradually escalated to widespread massacre of civilians and the acquisition of territory.

This escalation, in part, follows the government’s response to the crisis. Rather than engaging with the communities on stemming the crisis, the immediate response was to hire Russian mercenaries to fight the rebellion.

But the rebels launched a scorched-earth counteroffensive that led to the defeat and withdrawal of the mercenaries. The consequences were obvious: militarising the conflict inflamed local passions and expanded the recruitment of people into the rebellion.

The deployment of the mercenaries also showed the government wasn’t confident in the capabilities of its own security forces.

Intervention in a quagmire

The SADC is now being asked to intervene in a conflict that it has neither resources nor the political will to manage. When the body bags begin to come home, there will be tremendous pressure on SADC forces to withdraw.

Rather than the folly of an intervention, the region should be encouraging the Mozambican state to address the grievances of the communities in Cabo Delgado.

Throughout Africa, military approaches to grievances over resources have often ended in disaster. For many years, the discovery of oil in South Sudan encouraged the government in Khartoum to militarise a conflict that was, at heart, about self-determination and dignity for Southerners. South Sudan did attain independence in 2011, but after tremendous loss of lives.

Similarly, a low-level insurgency in Angola’s Cabinda oil-rich region has persisted because of Luanda’s indifference to the plight of the local population.

Since the early 2000s, Nigerian governments have learnt to use political approaches in meeting the demands of the Niger Delta oil-producing communities. In a conflict that has festered for decades, the minorities in the region have contested the exploitation of oil resources by multinational companies, in collaboration with the federal government, to the detriment of their livelihoods and welfare.

Mozambique can learn from these and many other experiences.

It took years for the Mozambican government to address the need to decentralise power and resources to the provinces. This had been a long-standing demand by the former rebel movement, Renamo.

But Frelimo, the dominant ruling party, continued to depend on a heavily centralised form of governance where provinces were mere outposts of the central government. Alternative actors and voices were prevented from participation in major decisions.

In the negotiations to resolve the resumption of the Renamo insurgency in 2013, Renamo prioritised decentralisation. Frelimo reluctantly gave in to this demand. But implementation has remained sluggish.

The resource curse is not inevitable. Many countries have avoided it through prudent natural resource governance and improving the access of local communities to the resources generated in their communities.

Botswana is an example. It has used creative institutions and political will to manage its mineral wealth. Ghana has also put in place robust mechanisms to ensure that its oil resources are used for the common good and not to enrich elites.

It should not take decades for the government to build credible and transparent natural resource governance institutions that meet the yearnings of impoverished communities in Cabo Delgado.

The SADC’s military intervention will only embolden die-hards in Frelimo who are reluctant to find peaceful and political solutions to the crisis. And the intervention will postpone a problem that is not going to go way any time soon.