UNODC, EU pledge support to Nigeria, others over maritime crimes 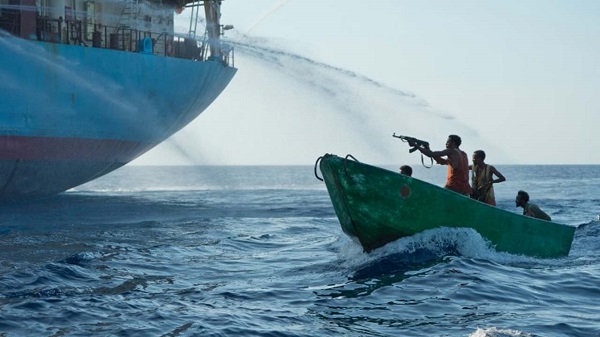 The European Union (EU) and the United Nations Office on Drugs and Crime (UNODC) have pledged their continued support to strengthening the criminal justice response across West Africa within the framework of a project titled, “Support to West African Integrated Maritime Security (SWAIMS)”.

This is coming as Nigeria pressed ahead with the first ever trial of a piracy case under the Suppression of Piracy and Other Maritime Offences Act of June 2019.

On May 14, 10 persons allegedly hijacked the fishing vessel Hailufeng 11. On May 16, the Nigerian Navy carried out a rescue operation 140 nautical miles south of the Lagos Fairway Buoy. The 18 crew members were rescued, and the 10 suspects arrested.

On July 13, 2020, the suspects were arraigned at the Federal High Court in Lagos and the court case is progressing.

Outreach and Communications Officer of UNODC Nigeria Country Office, Abuja Sylvester Tunde Atere, in a statement, said piracy and other maritime crimes have continued to increase in the Gulf of Guinea.

According to him, most attacks, nowadays, are kidnappings for ransom.

He said a recent report by the International Maritime Bureau indicates a surge in kidnappings in the Gulf of Guinea, with the region accounting for 90 per cent of the maritime kidnappings committed worldwide.

Pirate groups involved have grown more sophisticated and are now capable to operate far off the coast and to project themselves across the entire Gulf of Guinea.

Considering the importance of this trial, Atere said specific actions planned by the UNODC and the EU under the project to further support the implementation of the ECOWAS Maritime Strategy in the coming months include providing comprehensive e-learning training platforms to maritime crime practitioners; and donating video teleconferencing (VTC) and hardware equipment to ameliorate the quality of current and future trials of piracy and maritime crime cases.

Others are sharing technical expertise in drafting and applying legal procedures for maritime crimes and assisting in mitigating the negative impact of the COVID-19 pandemic on the maritime criminal justice systems in Nigeria and the other West African countries.

He added that the UNODC and the EU are committed to the fight against piracy and other maritime crimes in West Africa and will continue to support Nigeria’s criminal justice response to maritime crime. Source: The Nation Online

IMO has assisted in the strengthening of maritime security governance in East Africa by..