Why Mohammed bin Salman Suddenly Wants to Talk to Iran 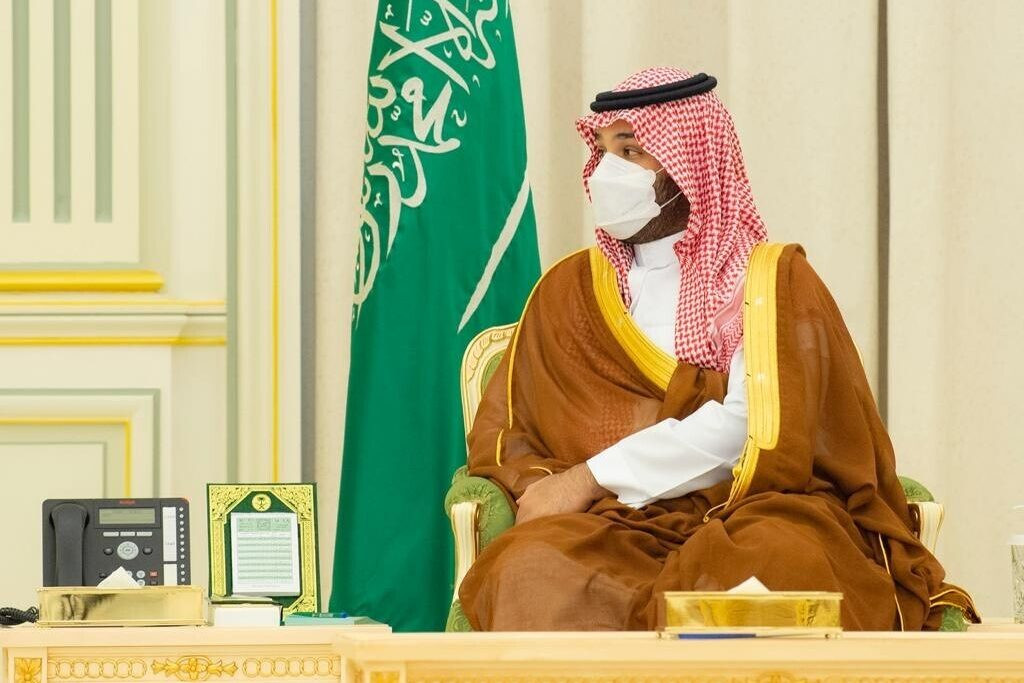 Secret meetings have been going on at least since January, catalysed by the spectre of U.S. withdrawal from the region. 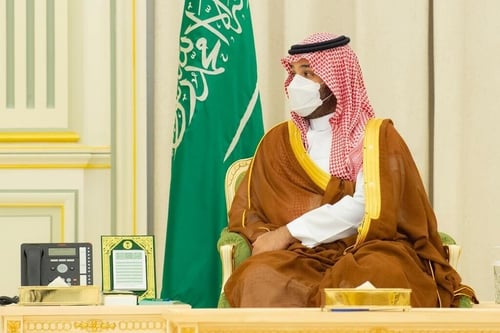 “We are seeking to have good relations with Iran,” Saudi Crown Prince Mohammed bin Salman told Saudi television this week. “We are working with our partners in the region to overcome our differences with Iran.” Only four years ago, the notorious royal sang a different tune, claiming dialogue with Iran was impossible. “How do you have a dialogue with a regime built on an extremist ideology?” he said, pledging that Saudi Arabia would take the battle to Iranian territory.

What changed to make this 180-degree shift possible?

One factor looms larger than all others: increasing signs that the United States is serious about shifting its focus away from the Middle East. It’s not so much anything Washington has done but rather what Washington has stopped doing—namely, reassuring its security partners in the region that it will continue to support them unconditionally, no matter what reckless conduct they engage in. Washington’s turn away from entangling itself in the quarrels and stratagems of its Middle Eastern partners has compelled the region’s powers to explore their own diplomacy. Contrary to the doomsday predictions of Washington’s foreign-policy establishment, chaos has not been unleashed by the United States’ pending military withdrawals from the region. Instead, regional diplomacy has broken out.

Mohammed bin Salman’s soothing comments were most likely a reference to secret talks between Iran and its Arab neighbors in Iraq, first reported by the Financial Times, that were aimed at reducing tensions and putting an end to the war in Yemen. Iraqi Prime Minister Mustafa al-Kadhimi, who has a clear interest in resolving Saudi-Iranian tensions, as their enmity and proxy fighting all across the region risk further destabilizing Iraq, has been facilitating the Arab-Iranian discussions.

Suddenly, regional diplomacy has become the preferred option for Washington’s security partners in the Middle East.

At first, Saudi officials denied the story, while Tehran refused to comment, except by saying that it welcomes dialogue with Riyadh.

But these denials did not simply prove false. The Financial Times story turned out to be just the tip of the iceberg. The Britain-based news site Amwaj.media revealed that the dialogue was not limited to Iran and Saudi Arabia. Rather, the first meeting was held between Iran and the United Arab Emirates in January, followed by meetings that included Saudi, Jordanian, and Egyptian officials. At least five such meetings have been held since the beginning of the year, according to Amwaj.

While the secret talks focused primarily on the war in Yemen, they also encompassed the situation in Syria and Lebanon. The talks have included the various countries’ top security officials, including a meeting between the commander of Iran’s Quds Force, Esmail Qaani, and Saudi intelligence chief Khalid al-Humaidan.

Clearly, these talks remain embryonic, and there is a distinct likelihood that they may fail to bridge the gap between Iran and its Arab foes. Still, several factors indicate the potential of these talks to alter not only the trajectory of Saudi-Iranian relations but also the broader security situation in the region. First, based on the Amwaj report, the fact that the talks involve several other regional powers besides Saudi Arabia and Iran suggests they resemble a much-needed regional dialogue, not just a bilateral negotiation to defuse tensions. The Middle East is notoriously underinstitutionalized in the sense that it lacks any sort of inclusive regional organization or forum that nurtures and structures a multilateral dialogue for the purpose of reducing tensions, creating de-escalatory options, and managing mistrust.

The second cause for optimism is that this embryonic regional dialogue appears to be initiated and led by the regional powers themselves. That is, it has not been imposed on them by major powers from outside the region, nor is it led by outside states. As my Quincy Institute colleagues and I have written elsewhere, regional leadership and ownership of this process are essential for its success and durability.

This, however, does not mean the United States has not contributed to this process. It most definitely has—but not in the manner that the Washington foreign-policy establishment conventionally envisions U.S. leadership.

The one factor that most compelled the region’s actors to pursue diplomacy is not U.S. recommitment to backing Riyadh versus Tehran or any new diplomatic initiative for the region. Rather, it’s the exact opposite that catalyzed the talks: increasingly clear signs that the United States is militarily disengaging from the Middle East.

U.S. President Joe Biden has long had a skeptical view of the United States’ military presence in the Middle East, as well as U.S. relations with partners in the region who tend to drag Washington into their own quarrels and agendas. He famously berated Turkey, Saudi Arabia, and the UAE at a talk at Harvard University in 2014. “The Turks … the Saudis, the Emirates, etc. What were they doing?” he asked the Harvard students. “They were so determined to take down [Syrian President Bashar al-]Assad and essentially have a proxy Sunni-Shia war. What did they do? They poured hundreds of millions of dollars and tens of thousands of tons of weapons into anyone who would fight against Assad.”

During the 2020 presidential campaign, Biden pledged to pull “the vast majority” of U.S. troops out of Afghanistan, cut off aid to Saudi Arabia for its war in Yemen, and rejoin the Iran nuclear deal—three decisions that fit neatly with an agenda of reducing the U.S. role in the region.

Indeed, once in the Oval Office, Biden moved swiftly to end U.S. support for the Saudi side in the war in Yemen, has kept Israeli Prime Minister Benjamin Netanyahu at arm’s length, announced the full withdrawal of U.S. troops from Afghanistan, and, after a rocky start, has gotten serious about rejoining the Iran nuclear deal.

The message to regional powers was unmistakable: The Middle East is only a priority for the Biden administration in order to figure out ways to reduce U.S. entanglements there.

The message to regional powers was unmistakable: The Middle East is only a priority for the Biden administration in order to figure out ways to reduce U.S. entanglements there. As an informal Biden advisor told Politico: “They are just being extremely purposeful to not get dragged into the Middle East.”

Not surprisingly, this message prompted regional powers to start exploring diplomacy with their rivals for a simple reason: Diplomatic opportunities have existed all along but were perceived as suboptimal by U.S. partners compared to simply relying on Washington to back them up and resolve their problems. Having the United States available in the background to deter, contain, or militarily eliminate Saudi Arabia’s headaches, for instance, was preferable to the Saudi leadership to negotiating with Iran in the knowledge that it would inevitably lead to painful compromises for both sides. As long as the Saudis had what they saw as a U.S. option, confrontation was deemed superior to diplomacy.

Biden’s desired pivot away from the Middle East means that this U.S. option has, at a minimum, become unreliable. Suddenly, regional diplomacy has become the preferred option for Washington’s security partners in the Middle East.

An earlier U.S. pivot away from the region would likely have prompted regional diplomacy to begin sooner. Indeed, a similar pattern was seen in 2019 when then-U.S. President Donald Trump refused to go to war with Iran over the attacks on Saudi oil fields by Tehran’s proxies in Yemen, which prompted the Saudis to engage in their own diplomacy with Iran and reduce aggression in Yemen. In fact, when Iran’s Islamic Revolutionary Guard Corps leader Qassem Suleimani was assassinated by the United States, he had just landed in Iraq to deliver a message to the Saudis via Baghdad. By killing Suleimani, Trump also killed the Saudi-Iranian talks. His administration had recommitted itself to confrontation with Iran, and the Saudis adjusted to that reality: no more Saudi-Iranian diplomacy.

The lesson for Washington is clear: If the United States takes a step back militarily, regional partners will be prompted to take a step forward diplomatically.

This of course does not mean that this outbreak of regional diplomacy is destined to succeed. It may very well not. But the task of making it succeed will primarily fall on the shoulders of the regional powers themselves rather than on the United States. And that is a win for both the United States and the Middle East.

Africa struggling to keep up as world tackles..

Coastal states and the shipping industry are confronting maritime security challenges in all of the..

BIMCO Urges Gulf of Guinea States to Crack Down..

Shipping organization BIMCO is urging states in the Gulf of Guinea region to take responsibility..