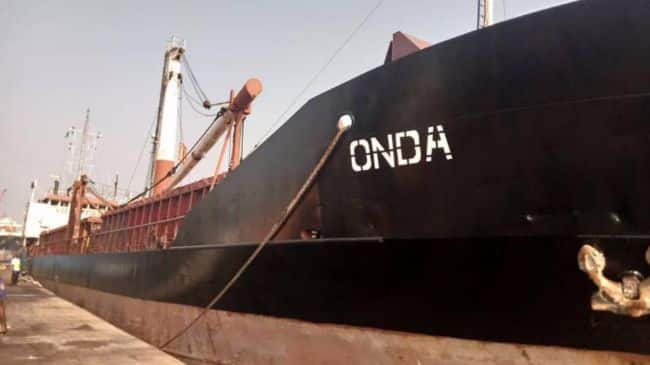 Luis Alberto Veloso is one of four abandoned seafarers on board the Togo-flagged MV Onda who has gone one year without pay. The ship and its crew are abandoned in the port of Douala, Cameroon by Amin Shipping, a company with a history of not paying its crew. 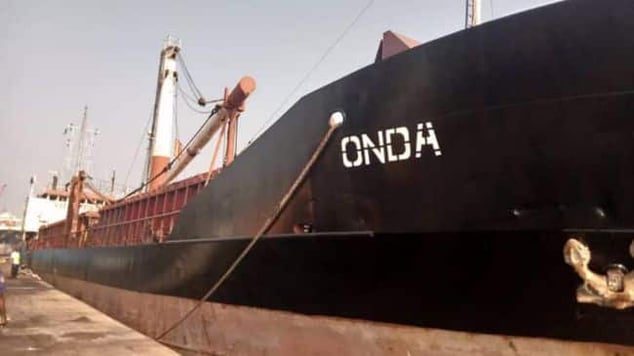 “I have been working on this ship since 4 December 2019,” the seafarer says on video. “After a voyage to Niger, we were lucky enough to earn a month’s salary. After that, as of now, we haven’t received any salary.”

Shipowner Mohamed Amin of Amin Shipping Company in Lebanon claims he is paying the crew.

Four of the seven crew members allege their signatures on wage receipt documents have been forged. And they say the chief officer has been abusive.

“We are subjected to racist remarks – ‘f’g black people’,” one African seafarer claims was said towards some of the crew, providing photo evidence of the officer’s written slurs.

“The shipowner has no desire to pay our salaries,” he wrote, adding he has not been able to pay his rent at home. “We are tired. We don’t even have credit for phone calls.”

The crew called on the International Transport Workers’ Federation (ITF) for help in September last year. But all correspondence with the ship owner over the last four months has proved futile.

Union representatives boarded the vessel and confirmed breaches of the Maritime Labour Convention. Seafarers were cooking fish on wood fires on deck and collecting rain water to survive. The ITF has had to step in and provide emergency provisions to the crew twice.

“The owner continues to make all kinds of excuses and the flag state is failing to stand up to its responsibilities,” says Steve Trowsdale, ITF Inspectorate Coordinator. “He just keeps fobbing us off.”

Amin has written he was unable to transfer money from Lebanon due to economic crisis and Covid-19. He says he has flown to Cameroon to pay the crew.

“Ur people here knows if we are providing vsl [vessel] with food and water and gaz oil,” Amin wrote to the ITF in January, denying any wage theft or forgery.

“Before yesterday advanced the crew with some cash as we did also last 10 days,” he added via email to the ITF. “Soo guess u have to refresh ur information.

Trowsdale is concerned that Amin is paying for ship repairs and suspects the owner is trying to fix the vessel so he can move it or sell it.

Veloso and the other seafarers on the MV Onda want off. Three of them live locally, but they know once they leave the vessel and it sails their chances of getting their outstanding wages is next to none. Amin has just paid some $1600 in cash to the four seafarers, but they are still owed wages. 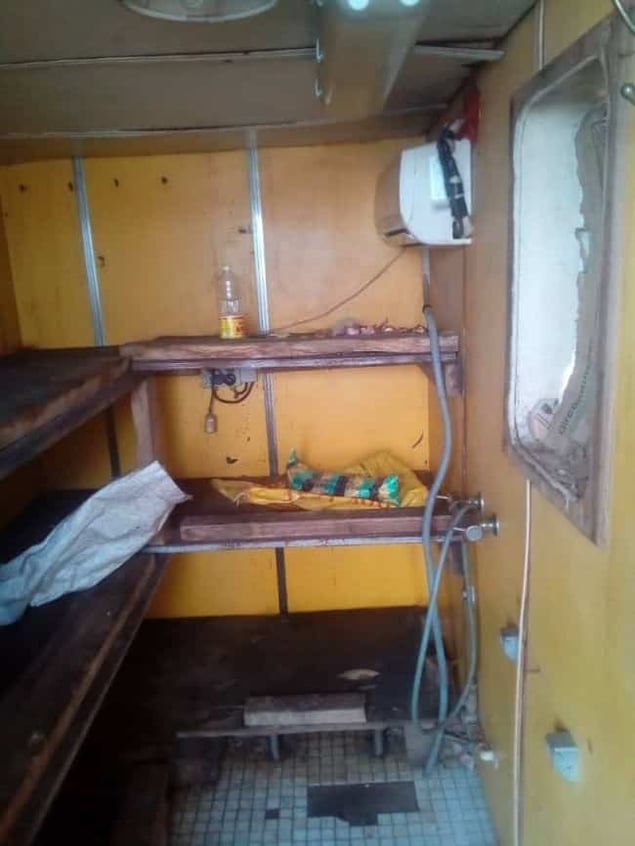 In correspondence with the shipowner, the register of Togo demanded proof of any payment of crew wages and provisions. They called to account the owners over falsification of the ship’s insurance and classification, with the ITF reporting the crew abandonment to the International Labour Organization. But the flag state has yet to make good on its promise of 25 September to suspend or expel the vessel from its register.

Trowsdale says the Togolese register has failed to do its job.

“This vessel has sailed with no insurance and no classification during the past few years, why have they not taken action on this, and why have they not acted to support the seafarers on board?” asks Trowsdale.

He said it was left to the ITF to first uncover the MV Onda’s fraudulent paperwork. The ship’s papers list Al-Bahrain Insurance in Lebanon as its P&I insurers, but they confirmed that they have not provided insurance for the vessel since 2016. Vessel paperwork citing International Naval Surveys Bureau as its classification also did not hold up.

Amin claims there are no seafarers on board, only watchmen who have no certification or seamen’s books. But the ITF have verified the four crew are, in fact, qualified seafarers.

The current case of exploitation is not the first time seafarers employed on the MV Onda have had to report the shipowner for crew abuse. In December 2018, Indian crew on board the Onda said they were denied pay and rations. One seafarer, Mohammed Jubeen Khan, told media Amin refused to pay their salary for 18 months. Like Veloso, Khan’s crew-mates were forced to collect rain water to survive. When they refused to leave the ship without their pay, Amin threatened to have them imprisoned.

Once more, a crew on board the MV Onda are determined to take a stand against Amin Shipping.

Five seafarers have been abandoned off the coast of Umm Al Quwain, in the United Arab Emirates...

Tomorrow at the Monaco Yacht Show, Dryad Global CEO Corey Ranslem will be presenting a seminar all..