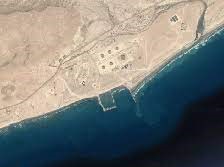 Reporting indicates that the Marshall Islands tanker M/T NISSOS KEA (IMO9920758) was involved in an incident on approach to the Ash Shihr port in Yemen.

A statement released by the company reads: ATHENS, GREECE, October 21, 2022 - Okeanis Eco Tankers Corp. (the “Company” or“OET”) (Oslo Børs: OET), today provides an update on one of the Company’s tankers, the Nissos Kea.

In the afternoon of 21 October 2022, while the vessel had called for loading at the port of Ash Shihr in Yemen, there were two drone-driven explosions in close proximity. Neither explosion impacted the vessel. All crew is safe and unharmed. There was no damage to the vessel and no pollution.

Accordingly, our Master sailed the vessel from the loading port and she is now in international waters.

All necessary precautionary measures were duly taken beforehand and during the incident. The relevant authorities have been kept closely informed, as required.

The Company is satisfied that its health & safety protocols, which are well-designed to deal with such circumstances, were appropriately applied to ensure the safety of our vessel and our crew in a timely manner.

On 02 October 22, the deadline for extending the UN-brokered truce agreement between the Houthi rebels and the Saudi-led coalition (SLC) in Yemen was missed. Both prior and since the truce agreement collapse, Houthi rebels have threatened a return to attacks within the maritime domain, including in the Gulf of Aden and Bab al Mandeb Strait. This has included threats to disrupt vessels heading to SLC countries, as well as demands that all companies cease the export of oil - or face being targeted by Houthi military forces. The Aden-based Ministry of Transportation has urged foreign companies to continue oil, gas and mineral export operations in government-controlled areas and to not comply with Houthi demands or threats.

Reporting indicates that the Ghanaian flagged general cargo vessel AM DELTA (IMO9015929) has been..

Reporting indicates that that the Container vessel MSC PANAYA (IMO9217565) reported a suspicious..