Is an unequal balance of rich & poor driving maritime crime within the Straits of Malacca & Singapore? 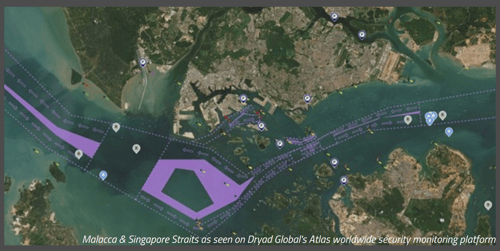 The uneven economic development across the region has left millions behind and many coastal communities face high levels of poverty. This situation has been exacerbated by the downturn in the global economy caused by COVID-19. The widespread deprivation within Malaysian and Indonesian coastal communities and access to attractive targets is a key driver of illegal fishing and piracy in this region. It is, therefore, of little surprise that most perpetrators of maritime attacks in the region come from coastal communities and use piracy to supplement their livelihoods.

Armed robbery is the primary threat to commercial shipping in the SoM&S. In 2020, there were 34 incidents of maritime crime in the region, 30 of which occurred in the waters funnelled between Singapore, Malaysia, and Indonesia's Riau Islands. There was a 9% increase in incidents in 2020 compared to 2019, but still far below the 99 recorded in 2015. Most maritime incidents in the SoM&S occur during darkness hours. Typically, small groups of assailants armed with knives and makeshift weapons board vessels with limited vessel hardening to steal engine spares or vessel stores. Those seeking to commit maritime robbery are motivated by poverty and the confluence of nearby wealth inequality, population density, and a narrow geographic passage, creating ample opportunity for vessel robbery.

The lack of kidnapping and vessel hijackings is indicative of the low-level petty, poverty induced nature of maritime crime in the region.

The success of low-level maritime criminality within the SoM&S has created conditions where the risk of similar or more ambitious incidents in the short to medium term has increased. The regional imbalance of wealth and poverty is unlikely to significantly improve soon, leaving people desperate and frustrated enough to continue targeting passing vessels, judging that the minimal risk of capture is far outweighed by the potential reward.

Protracted economic adversity following the coronavirus outbreak may further incentivise maritime crime in the SoM&S in 2021. Whilst efforts from littoral states in the SoM&S, such as the restructuring of the Singaporean Maritime Security Taskforce in February 2020, are certainly steps in the right direction, they have thus far been insufficient in consistently preventing increases in incident volume in recent years.

With greater regional effort, the SoM&S could be effectively patrolled at a local level and with a less militaristic posture, to reduce maritime crime. Until the Singaporean, Indonesian and Malaysian navies and coast guards develop a more effective, integrated procedure for responding to incidents and apprehending assailants, all vessels transiting through the straits should operate at a heightened posture of alert for boardings and armed robbery by capable perpetrators.

As of the end of February 2021, 5 incidents have already occurred in the SoM&S. This emphasises the ongoing necessity of cooperation to bolster regional security, with the aim of seeing a decline in total annual incidents in the SoM&S by the end of 2021.