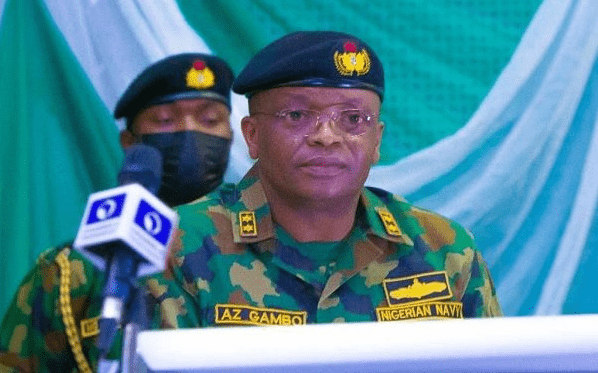 The Nigerian Navy is calling for the enactment of legislation for the establishment of a special maritime court to deal exclusively with maritime cases for speedy dispensation of justice.

Chief of Operations, Nigerian Navy, Rear Admiral A. O Adaji, gave the charge during the investigative hearing held at the instance of the House of Representatives Ad-hoc Committee investigating the status of recovered movable and immovable assets, chaired by  Adejero Adeogun. Adaji sad the passage of the anti-piracy law in 2020 has helped in curtailing activities of pirates in the country.

He disclosed that the regular court processes are delaying the disposal of seized vessels in the Navy’s custody and their maintenance is affecting their finances because huge amounts of funds are being expended on their maintenance and operations to keep them in good shape.

He said, “The procedure adopted is that, once there is any suspicion of commission of a crime or illegal activities, the vessels are arrested by patrol units, and then a preliminary investigation is carried out.

“As soon as a case is established, the vessel is handed over to the appropriate prosecution agency. A lot of times it’s the Economic and Financial Crimes Commission, but we also have dealings with NIMASA, sometimes also with the NSCDC and the police.

“The main challenge is that, when these arrests are made, more often than not, we hand over to the EFCC. The EFCC doesn’t have a holding bay for vessels. And in some instances, they also refused to take the crew, because to secure what I call a day in court takes time. So, they too are shying away from the responsibility of feeding those who are involved in criminal activities. Of course the vessels we understand they cannot keep.

“But we are hoping that we will grow to that level where when we arrest a vessel, a maritime court or an admiralty court could ask the vessel for a bond, such that all these shenanigans in terms of holding the vessel and all that do not even arise.

“We take a bond and whenever the crew or the vessel is required in court, it will be made available. So, it is a lingering problem but we are hoping that a time will come when Nigeria will have something like an admiralty court or a maritime court that is solely dedicated to maritime offences.

“We appreciate the fact that the National Assembly has enacted the anti-piracy law which has helped and put a couple of bad guys in jail,” he said.

In his remarks, Chairman, House of Representatives committee, Adejoro Adeogun said they visited the navy because, the committee was set up by the House to respond to public clamour to understand the state of recovered loots especially proceeds of crimes in Nigeria.

He said, “We have visited at least two naval formations in Lagos within the Western Naval Command and MMS Pathfinder in Port Harcourt where we inspected vessels that were seized. In the course of all these inspections and all that, we found out that there are few things that we need to interact with the leadership of the navy so that we can understand each other and we might be able to actually help this country better. The first has to do with the case of in the course of our investigations. Two things came to mind. First, we realised that recovered loots were supposedly used for the investment.

“We want to be sure that these things were actually utilised so that there will be funds that were supposedly being borrowed and persistently for the navy were actually done. Was the Navy to receive the equipment? Were there facilities provided so that if borrowing funds that are supposed to be borrowed, that they were utilised?”