The kidnapping business that sustains the economy in the Niger Delta 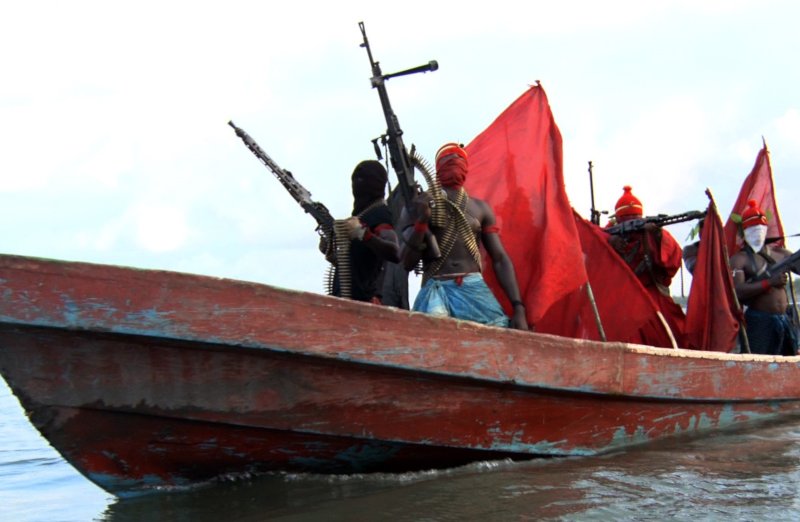 The nearest port of Lagos is 230 nautical miles away, approximately 426 kilometers. Since June, the Curacao Trader , an oil tanker managed by the Greek company Alison Management Corp, has been traveling to those latitudes quite frequently: it shuttles between the ports of Lomé and Cotonou (in Togo and Benin) and the areas around the oil platforms in front. Equatorial Guinea and Congo Brazzaville. These are rough seas: since the beginning of 2020, around 90% of the abductions of maritime crews have occurred here, off the Gulf of Guinea, especially in the waters off Nigeria. On July 17, it was also the turn of the crew of the Curacao Trader .

To give an idea of ​​the extent of the piracy phenomenon in the Gulf of Guinea, the International Maritime Bureau , the maritime department of the International Chamber of Commerce, already in January reported in its 2019 report an "unprecedented increase" in kidnappings in Nigeria, which was confirmed in the first half of 2020.

It is 11 am in Nigeria. It seems like an ordinary day. Then, suddenly, unidentified pirates emerge from the horizon and board the Curacao Trader . There are no details of how the action took place. It is known, however, that it is the most distant boarding from the coasts ever recorded in the Gulf of Guinea, a tangible sign of how the Gulf pirate paradigm has evolved: from pirates of the river mouth to pirates in deep waters.

The criminals kidnap 13 of the 19 crew members, including seven Russians and five Ukrainians. They let the other sailors take the boat to the port of Cotonou, where it has been anchored since 19 July. The following day, during a press conference, the spokeswoman for the Russian Foreign Minister Maria Zakharova explained that the kidnappers "have not yet submitted any requests". Since then there has been no news of them.

The expanse of water that no one can watch

Misadventures like the one experienced by the Curacao Trader crew occurred at least 36 times between January and July in the huge body of water of the Gulf of Guinea. The area covers over six thousand kilometers of coastline, from Liberia to Angola. It is a huge border, the subject of territorial disputes between African countries and of international agreements that have largely remained a dead letter. Worldwide today West Africa "is the only region where we are witnessing real traditional piracy", Munro Anderson, partner of Dryad Global , a maritime safety consultancy agency , explains to IrpiMedia .

If in the first decade of the 2000s Somalia was the focal point of piracy, today it has moved to the Gulf of Guinea. "An enormous expanse of water that no country in the region is able to successfully monitor," defines Florentina Adenike Ukonga, Nigerian ambassador and secretary general of the Gulf of Guinea Commission, an institution to which eight countries in the region belong. Nigeria leads the diplomatic initiative, as its role as a regional power. It coordinates joint patrol operations, but still has an insufficient fleet to cover such a vast territory. Italy is among the countries that assist African navies in patrolling the Gulf of Guinea.

The mission, extended by the June Missions Decree, provides for the presence of up to 400 soldiers in naval air units for "presence, surveillance and security activities in the Gulf of Guinea". Italy also has two naval vessels and two aircraft and the operation costs 9.8 million euros for 2020. Among the aims of the mission, at the top of the list is "protecting Eni's mining assets (platforms petroleum that are found in particular off Nigeria and Ghana, ed ), operating in international waters ». On 27 March the Rizzo ship, the frigate currently sailing in the waters of the Gulf of Guinea, intervened to avoid a boarding.

Despite the efforts, however, there have been nine attacks on escorted boats since 2019, the last of which, in January 2020, resulted in the abduction of the crew.
Despite the intentions, therefore, the situation remains very complicated: «There is no regional coordination, there is a lack of police forces for patrols. Nigeria is reluctant to open up to cooperation, even with the private sector: a typical African bureaucratic situation ”, comments Munro Anderson.

Although not plowed with the same frequency as the seas of Southeast Asia, African waters nevertheless remain an international crossroads. Nigeria itself, Congo Brazzaville, Angola, Equatorial Guinea are in fact oil producing countries. And in the Gulf of Guinea there are oil platforms on which all the main world companies in the sector operate. The Cyprus Shipping Chamber (CSC), the chamber of commerce of the maritime industry of Cyprus, expressed itself in May with a statement asking that the issue of piracy in the Gulf of Nigeria be taken seriously: "There is growing concern - reads the note- that the international community is not actively seeking to eliminate piracy in the region and is instead treating the problem of the current attacks on the shipping industry as somehow tolerable ”. Between 2015 and 2017, the UN agency Unodc estimates a total loss of 777 million dollars per year for West Africa due to piracy. With the economic crisis that is gripping the oil industry caused by the Covid emergency, the damage could have even more severe consequences in 2020.

The Delta economy depends on kidnappings

The main activity of the Gulf of Guinea pirates is kidnapping. Cases like that of the Curacao Traderthey show, however, how much control of oil tankers has lost interest: it is easier for pirates to obtain a ransom than to set up organizations dedicated to oil smuggling. According to data collected by Dryad Global, from January to July 2020, 91 sailors were kidnapped, against 177 in the whole of 2019 and 156 in the whole of 2018. The average time of imprisonment is 56 days. The kidnapped crew is always of foreign origin, "mostly Asian and Indian," Anderson says. "The numbers show the failure of securing the area and the increase in the value of kidnappings for ransoms as an important economic component in parts of the Niger Delta," analyzes the researcher.

According to what has been observed by Dryad Global since 2017, the areas where pirate attacks occur most frequently have progressively moved offshore. Initially they were smaller in size, except for the Niger estuary, a large area firmly under criminal control. Today, however, paradoxically, attacks occur more frequently in the areas around the archipelago of Sao Tome and Principe, or around the port of Cotonou or the main offshore oil platforms., tens of miles from the coast. This fact is the result of two circumstances, adds Anderson: on the one hand, the Nigerian Navy has increased its ability to intervene in the waters of the Niger Delta (so much so that robberies on moored ships have been reduced); on the other hand, the pirates have increased their range, trespassing beyond Nigeria, still maintaining the same impunity.

Who are the pirates

The pirates operating in the Gulf of Guinea are almost all Nigerians. The Niger Delta is the historic area where they find protection and where they hide. The region is the Nigerian counterpart of the Sardinian mountain ranges for the Seizures Company or of the Aspromonte for the 'Ndrangheta of the seventies: hostile, remote environments, which few know, where the central State fails to intervene. It is here, in the midst of these swamps, where the investments of the large foreign energy multinationals are concentrated, starting from the 1960s, from the oil pipelines to the first explorations.

Pirate organizations "are hierarchical organizations, led by individuals for whom others have great esteem," adds Munro Anderson. However, it is useless to try to map them: organizations are created and disintegrated quickly, sometimes they have a name with which they identify themselves, others only the flag - often, with little imagination, representing a white skull on a black background - that flies at the stern of the their boats.

Alongside the realities of pirate groups, there are historical acronyms that are defined in Nigeria as militant group , or "militiamen". Often they are armed groups that have accepted the demilitarization process that began in 2009 but that maintain an important control of the territory, both on land and at sea. However, pirate and militant organizations should not be confused: although they often have similar objectives, they should not overlap.

There are also cases of organizations that also advertise their piracy actions. Like the Niger Delta Avengers, who in 2018 launched a campaign to destroy the Delta's Naval Gas Storage Units (FPSO) from their site. The FPSOs are still sensitive targets of pirate attacks, as demonstrated by the coordinated attack by two fast motorboats which took place on 3 October on the Sendje Berge, a vessel that works for the Asian oil company Addax Petroleum on a field identified by the OML 126 license. outcome, reports Dryad Global, would be the kidnapping of 11 people for extortion purposes. The Coalition of the Niger Delta Agitators (CNDA), an umbrella organization that encompasses some of the historical acronyms of the armed struggle in the region, had declared its intention to hit oil plants.

The Nigerian navy at the weekend launched a new operation, codenamed Doubeni 11, to curb criminal..