Pirates are threatening to kill the three Russian sailors of Crimean origin who were abducted off the coast of Equatorial Guinea if ransom is not paid, according to Alexander Molokhov, the head of a working group on international legal issues in Crimea.

On May 10, Dryad Global, a company specialising in maritime security said that as a result of pirate attacks on two vessels in the port of Luba in the Gulf of Guinea, several Russian and Ukrainian nationals were abducted and possibly injured. The Russian embassy in Cameroon later confirmed that pirates kidnapped two Russian nationals from the Djibloho research vessel and one from the Rio Mitong cargo vessel off the coast of Equatorial Guinea. 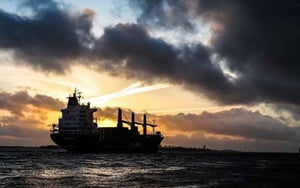 "Relatives have said that the pirates contacted them and warned them that they would start killing the abducted sailors one by one if the company did not provide a ransom. The sailors have been in captivity for four months. The first attempt to transfer the ransom in the summer failed," Molokhov said.

The Gulf of Guinea is Africa's most economically active and oil-rich region. Pirate activity in the region has increased in recent years, prompting Nigeria, Ghana and other surrounding regions to set up a naval coordination operation to combat the phenomenon.

Need to stay up to date with maritime security and port news from West Africa and the Gulf of Guinea? Download a sample of our West Africa weekly report here: