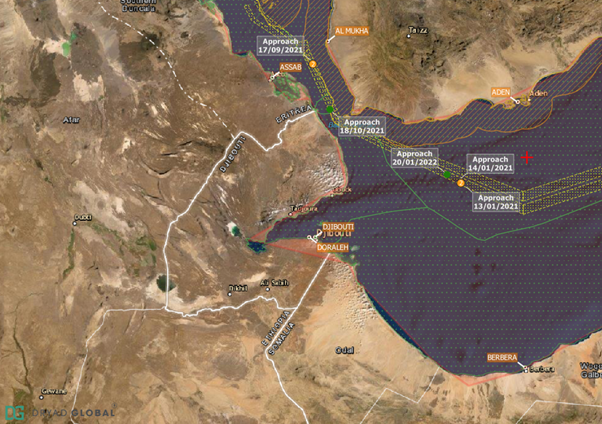 Reporting by UKMTO indicates that when transiting at about 30nm south Aden, a commercial vessel, reported being approached by two skiffs. The vessel is understood to have conducted evasive measures. The two skiffs were later spotted less than 100 meters aft of the vessel. The skiffs left area. Vessel and crew safe.

The latest report continues a protracted period of vessels reporting close interaction with skiffs within the area. There are no indications that the reported incident presented any risk to vessel or crews.

Reporting indicates that a skiff approached a Container Ship whilst underway approximately 30nm..

Reporting Indicates that two suspicious approach incidents have occurred within a 24hr period..

UKMTO reporting indicates that an M/V has reported a close approach by an unknown craft 30nm west..