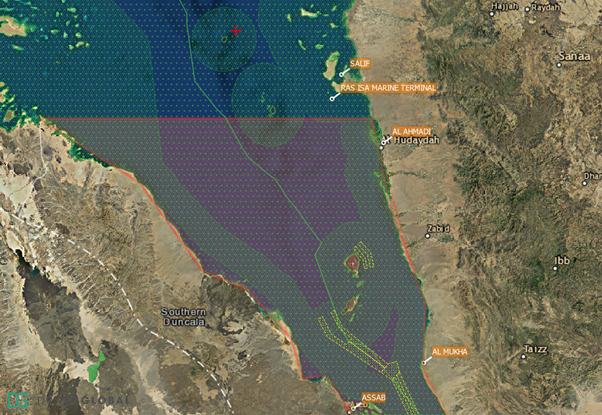 UKMTO reporting indicates that an M/V has reported a close approach by an unknown craft 30nm west of port Saleef.

Vessel and crew are safe and continue on their passage.

The latest report occurred 30nm NW the boarding and subsequent detention of the UAE flagged MV RWABEE 20nm West Ras Isa Terminal on the 2nd January 22. Whilst details remain unclear it is highly likely that Houthi forces are operating throughout the area at a heightened state of alert following what a Houthi spokesperson described as the detention of a “…military cargo ship with military equipment on board, that entered Yemeni waters without any license and engaged in hostilities targeting the security and stability of the Yemeni people…”

Vessels are reminded that due to the ongoing conflict in Yemen and subsequent contested maritime space offshore Saleef and Hudaydah and the potential for incident, transits through the lower Red Sea are recommended to be conducted West of the Hanish and Zubair Islands.

Reporting indicates that a skiff approached a Container Ship whilst underway approximately 30nm..

Reporting Indicates that two suspicious approach incidents have occurred within a 24hr period..

Reporting by UKMTO indicates that when transiting at about 30nm south Aden, a commercial vessel,..