The impact of COVID on maritime gender pay 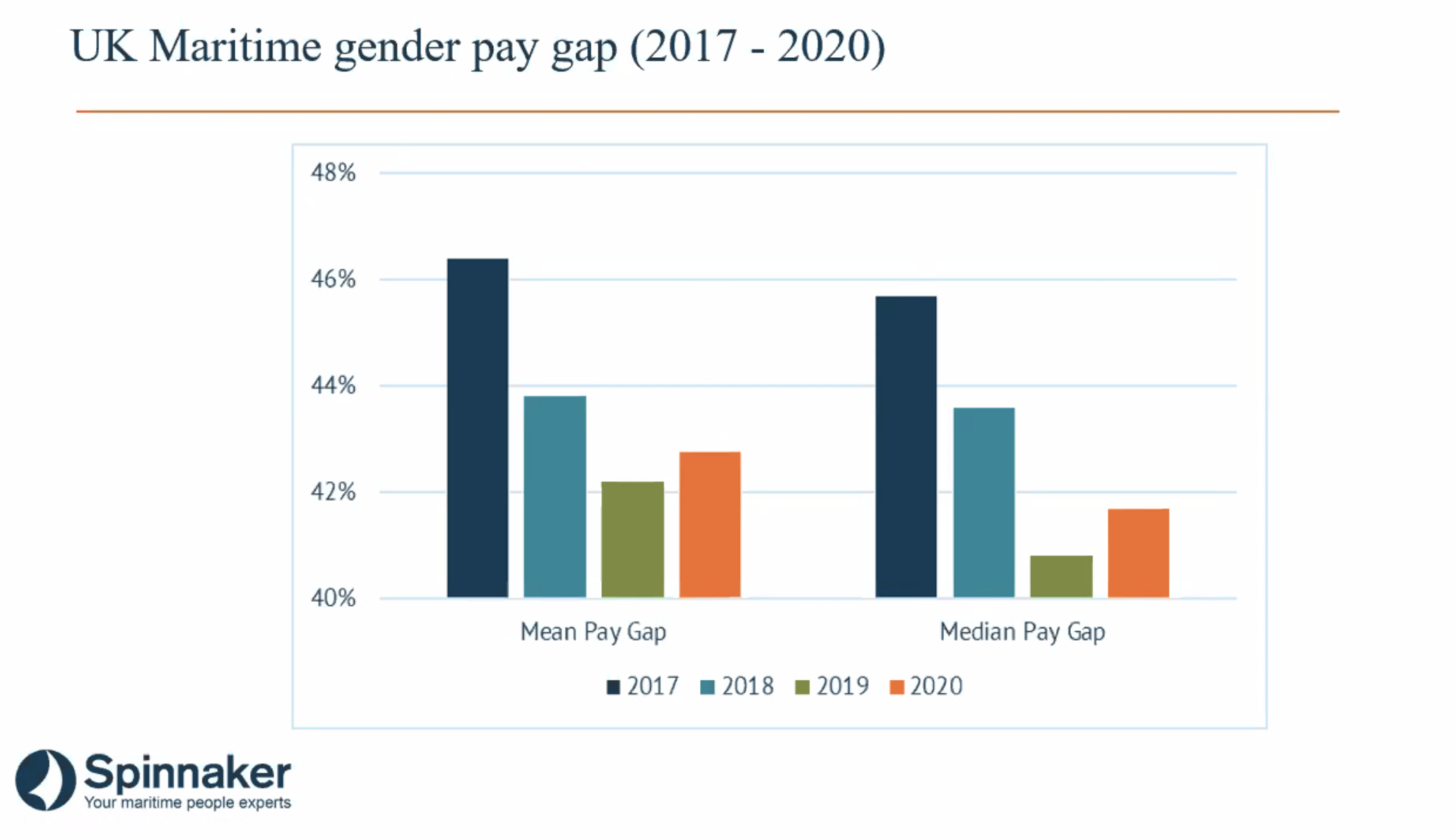 Female representation across the industry was found to have remained fairly stable this year; with a 42% female workforce globally compared to 52% in the UK specifically.  However, after reporting a slow and steady decline in previous years, a slight increase was found in the size of the maritime gender pay gap in the UK. The 2020 analysis found a mean gap of nearly 43%. In salary terms, this is equivalent to an average male salary of £67,000, compared to £38,500 for females. 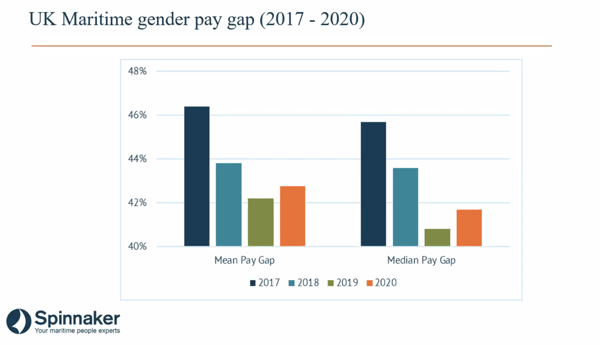 The findings, pulled together by Sarah Hutley, a maritime HR specialist and shared via Zoom with Wista UK attendees, raised questions about the need for a long-term strategy to address the gender pay gap but also a lack of diversity in the maritime industry.

As a result of the global pandemic, the working landscape has changed. Teresa Peacock, Managing Director at Spinnacker says it's the perfect opportunity for businesses to come up with a gender pay gap action plan and address the barriers preventing women from progressing their career in the industry. 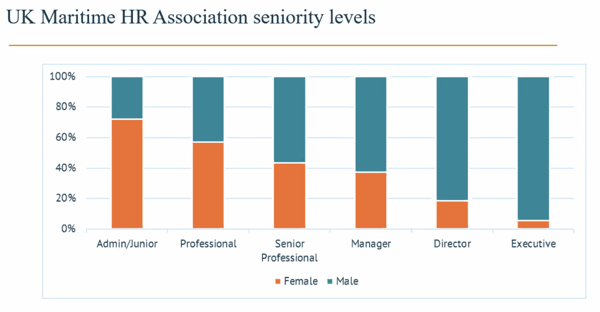 A changing membership base year on year means it’s not necessarily specific businesses who are widening their gap. As an industry though, we remain very far behind the rest of the UK – with provisional figures for 2020 suggesting an overall gap of just under 15%.

Bonuses don’t seem to be as hard hit just yet, but with many members reporting bonus payments that had been agreed earlier in the year (prior to the full effect of COVID19) it may be 2021 before the full impact will be seen. The bonus gap itself has reduced slightly this year, with a median gap of 58%. Any reductions that have been seen in the number of bonus payments made overall has been evenly spread across the genders. However, we continue to find male employees in the UK receiving larger bonus payments as well as being more likely to receive anything at all. 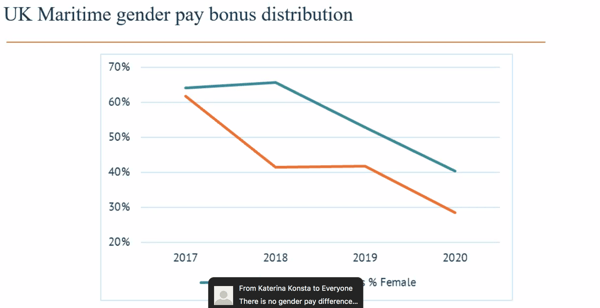 2020 has been a year like no other, and the potential impact on gender diversity should not be underestimated. The virus has affected some demographics worse than others. We’re entering a worsening labour market where businesses are having to make some very big decisions, as well as cultural and behavioural shifts – lots of small changes are being made to adjust existing people management processes and suit new ways of working. There is lots of scope in among all this change for certain minority groups to be both positively encouraged and engaged, but also disadvantaged. 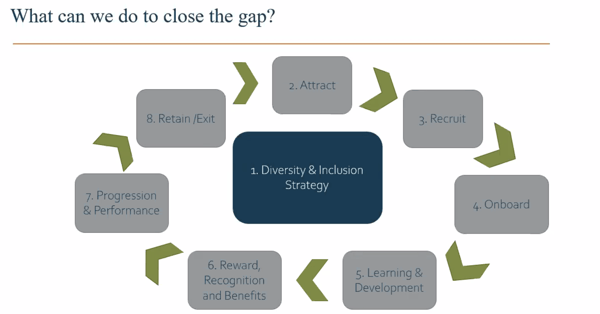 It has been reported that 17-year-old women were most likely to be furloughed; which isn’t great news for women making the first steps in their careers. Redundancies are a harsh reality too, and according to Citizen’s Advice parents, carers and disabled people are at least twice as likely to be affected.

It’s not all doom and gloom though; flexible and home working that was previously considered impossible or impractical has been proven to work for so many of us. As a result, a results-driven culture has reigned with less onus on simply being seen to be present. The improved work life balance arising (benefitting both men and women) should also drive new career opportunities for women that may not otherwise have been feasible.

The Downfall of Libya 10 Years On

Where Is the Most Dangerous Offshore Region for..

The answer to that question really depends on the sector of oil and gas where you work, Dryad..