AL-MUKALLA: Yemen coastguards in the Red Sea have seized a boat loaded with three tons of ammunition, as the country intensifies sea patrols to intercept Iranian weapon shipments to the Houthis.

The coastguards who boarded the boat found thousands of ammunition rounds in large plastic bags and unnumbered AK47 assault rifles hidden inside. The official said the three Yemeni crewmen, who come from different Red Sea coastal areas, were arrested.

“They admitted that they were heading to Sudan to sell the ammunition,” the official, who preferred to remain anonymous, told Arab News on Saturday.

He said the three Yemenis were part of a large network involved in smuggling weapons from different countries, including Iran, to Yemen and other places. The official did not say if the seized ammunition and rifles were sent from Iran. “The investigation is still going on,” he added.

In June, coastguards in the Red Sea seized a small boat loaded with dozens of pistols and thousands of rounds. Also that month, five people were arrested after they were found hiding 40 kilos of cocaine in their boat and heading to Houthi-controlled areas. 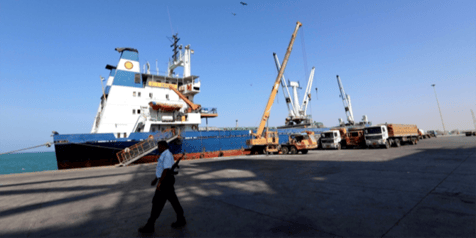 The Yemeni coast guard authority that fell apart during the Houthi invasion of the country’s coastal areas in early 2015 was later rebuilt by the Saudi-led coalition. Hundreds of soldiers, who were trained inside and outside Yemen, were deployed on fast armed boats along the country’s long coastline in the Red Sea and the Arabian Sea.

For the first time since the beginning of the war, the Yemenis have managed to repel incursions by Eritrean boats and intercept many shipments of weapons and drugs.

“We succeeded because everyone supports us including the Saudi-led coalition, the National Resistance and others. We have now 150 boats,” the officer said, boasting about their achievements.

The Saudi-led coalition and Yemen’s internationally-recognized government have accused the Iranian regime of sending advanced weapons to the Houthis that resupplied their arsenal depleted by fighting and massive aerial bombardment.

In June, the Saudi-led coalition announced the seizure of two Iranian weapon shipments heading to the Houthis.

In a separate development the Saudi ambassador to Yemen, Mohammed Al-Jaber, said that the separatist Southern Transitional Council (STC) had returned the seized money to the central bank in Aden after the government agreed to pay military and security forces following a successful Saudi mediation.

“Saudi Arabia’s continuous efforts, through direct meetings between the Govt of Yemen and the STC, to resolve issues of CBY funds and salary payments and implement the Riyadh Agreement, have succeeded due to a consensus among the two parties on alleviating suffering in Yemen,” Al-Jaber tweeted on Friday.

Government and STC officials are engaged in extensive talks in Riyadh, brokered by Saudi Arabia, to discuss ending hostilities in southern Yemen and putting into place the Riyadh Agreement.

In northern Yemen the Defense Ministry said that government forces, backed by Saudi-led coalition warplanes, assaulted Houthis in Qania in the central province of Al-Bayda.