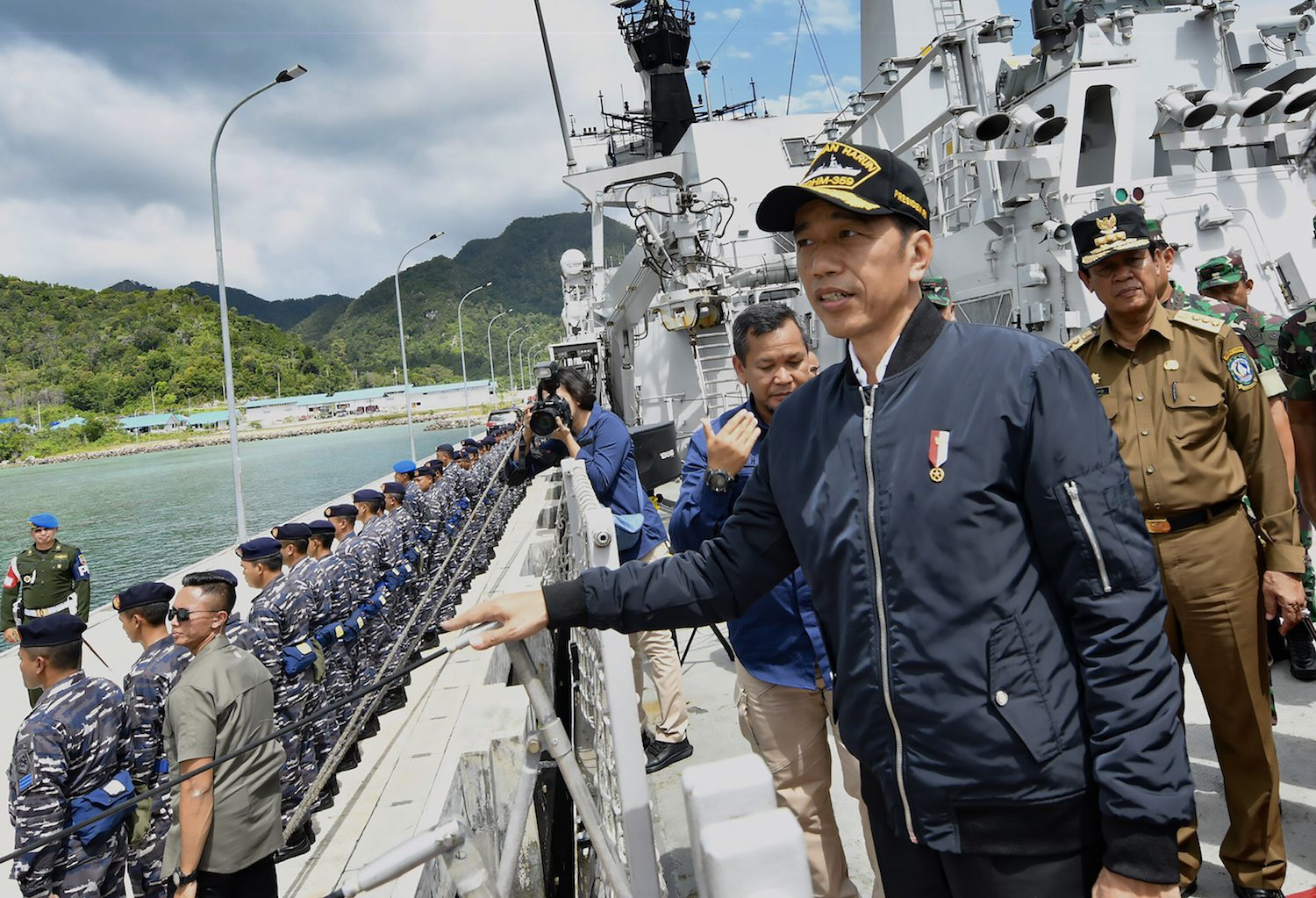 In recent years, the Association of Southeast Asian Nations has been struggling to maintain its unity and “centrality” in regional security affairs. ASEAN cannot attain “centrality” without unity, and this is being undermined by the US-China contest for regional dominance.

But amid this doom and gloom, there is now a faint glimmer of hope that ASEAN, or a significant group of its members, may still act to preserve peace and stability in the South China Sea.

According to Amitav Acharaya, a leading authority on ASEAN, “centrality” means the association as “the leader, driver, architect, institutional hub, vanguard, nucleus or fulcrum of regional cooperation.”

But such ASEAN centrality in regional security affairs has become a “holy grail” – strenuously sought after but never to be attained. Worse, its confidence and credibility have been shaken by its failure to manage two major security issues in its region: the crisis in Myanmar and rising US-China tension in the South China Sea. 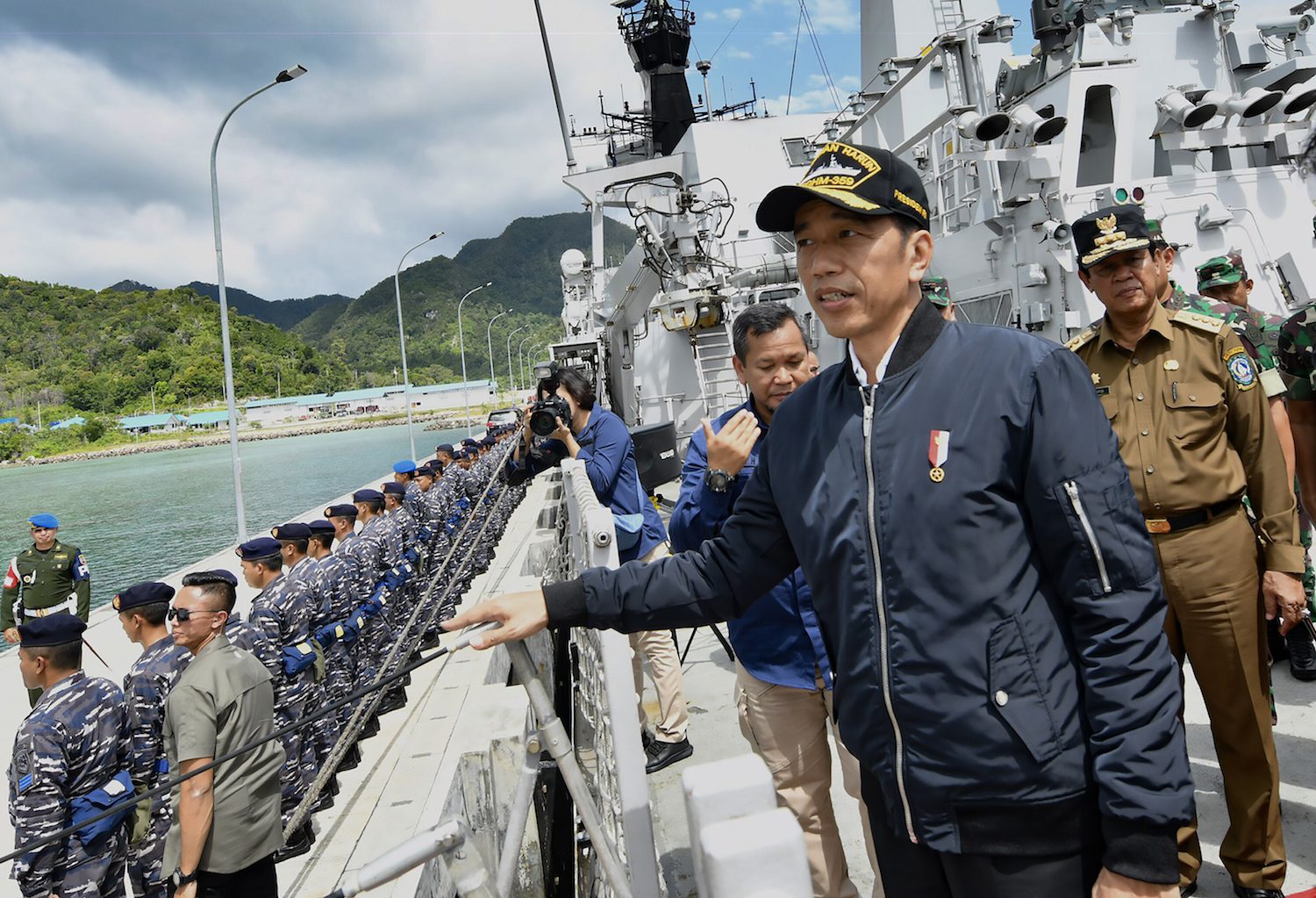 It is increasingly perceived as too much talk and too little effective action. Because of its perceived inability to address such problems, the US has gone around it to create two  security agreements that cover the Southeast Asian region: the Quad and AUKUS. These agreements are usurping ASEAN’s aspiration of “centrality” in regional security affairs and further undermining its unity.

Its last chance to show its mettle – successfully negotiating an agreement with China on a robust, binding Code of Conduct for the Parties in the South China Sea – now seems a bridge too far. Moreover, its halfhearted attempt to manage the political crisis in Myanmar has not borne fruit.

In an unprecedented action, ASEAN, by a slim majority of “maritime nations,” disinvited the head of Myanmar’s military junta, self-appointed Prime Minister General Min Aung Hlaing, from its recent summit in Brunei.

As Singaporean Foreign Minister Vivian Balakrishnan put it, “it was a difficult but necessary decision to uphold ASEAN’s credibility.” While it was a step toward agency in the region, there has been no follow-up. The junta has ignored ASEAN’s Five-Point Consensus for the management of the crisis, and the planned visit of its special envoy was canceled.

Now Indonesia, the heavyweight among the ASEAN members, has finally stirred. It has invited coast guard officials from Brunei, Malaysia, the Philippines, Singapore and Vietnam to discuss “how to respond in the field when we face the same disturbance.” Vice-Admiral Aan Kurina, the head of Indonesia’s Maritime Security Agency, said he had asked his counterparts to “share experiences and foster brotherhood.”

This initiative by a low-level civilian agency may well turn out to be too little too late. But it could also be a trial balloon to test whether there is sufficient concern and political will within a core of ASEAN to try to ward off disaster.

If successful, it could gradually snowball into more robust ASEAN responses to the growing danger of a US-China conflict that would have grave collateral damage for them. Although this particular effort is aimed at curbing China’s bullying, future such efforts could target any country that adds to the tension in the region – including the US.

But obstacles loom large. China will likely try to block this effort. Moreover, the pressure on ASEAN members to choose between the US and China is growing. Once significant members come off the fence, ASEAN unity and centrality will be moribund.

For most this is not an easy choice. Few ASEAN members see China as the primary threat, nor do they see either power as ideologically or morally superior. Indeed, most Southeast Asian leaders are comfortable with different “orders” for different spheres of international relations such as diplomatic, military-security and economic.

While many may prefer US security protection, there are longer-term economic and geopolitical reasons to maintain good relations with China and thus benefit from both.

Also, working against the US is its political inconsistency. Some fear that if America’s internal politics throw up a leader from a different party, its Asia policy may change dramatically yet again. China, while worrying, is at least relatively consistent and permanent in the region.

The inevitable result of this pressure will be a widening rift in consensus-driven ASEAN. The new ASEAN chair Cambodia will likely support its economic benefactor China, and others such as Laos, Myanmar and Thailand are leaning in its direction.

The US has a military alliance with the Philippines – although that has come under stress during President Rodrigo Duterte’s administration – and Singapore and Malaysia facilitate US military operations, including its intelligence probes against China.

Indonesia continues to be relatively neutral. But China’s support of its fishers operating illegally in Indonesia’s exclusive economic zone (EEZ) and its official demand that Indonesia cease drilling in its own EEZ has pushed Jakarta to act. As Vice-Admiral Aan Kunia said, “Indonesia scored a point” against China in that ”their vessels did not disturb us physically and the drilling was completed.”

Indonesia’s diplomatic probe is an indication of both the seriousness of the situation and Jakarta’s cautiousness in confronting either one of the primary protagonists, China and the US. It is wise for ASEAN to start small and build as quickly as acceptable.

Indonesia’s initiative has some support in ASEAN. For example, former Malaysian deputy defense minister Liew Chin Tong thinks there is still a role for ASEAN in the security situation, if it can step up: “I would like to see some of the ASEAN member states – seeing the danger of a polarized situation – come together to find a strong common position to hold back the great powers.” That is what Indonesia is trying to do.

ASEAN or a core group within it can still play a role in the region’s security. But for it to be “central” it can and must do more. It could increase the tone, tenor and volume of its “unified” voice urging both China and the US to show  restraint.

To achieve centrality in this situation, ASEAN or a core thereof must act with uncharacteristic dispatch, gusto and bluntness. It needs to find common ground and to tell both Washington and Beijing what it wants them to do and not to do. Indonesia’s initiative is the thin edge of a wedge to do so.

Specifically, ASEAN should tell China to stop its bullying and that if it does not do so, relations will be seriously damaged. And it should tell the US that bypassing and marginalizing ASEAN in regional security matters is not acceptable. At the least it should demand that big powers consult it before making “decisions affecting the stability of the region.”

It should also unequivocally state that it opposes the military posturing of both great powers in the South China Sea, and, if necessary, appeal to the international community for assistance in restraining them. It should also make clear that it will not allow itself to be used as an instrument by either side.

Under increasing US pressure on China, agile and clever ASEAN members can gain from the present situation. China will likely step up its efforts to win the hearts and minds of more Southeast Asian countries. In order to win over those that are sitting on the fence, it may temporarily back off the aggressive prosecution of its claims to resources in their claimed waters.

It may also reach pragmatic provisional arrangements with its rival claimants in the South China Sea that implicitly recognize their claims. It may even compromise on some of the critical provisions in the draft Code of Conduct with ASEAN and agree to ambiguous language on its geographic coverage, legal status and enforcement or dispute settlement mechanisms.

ASEAN or some of its members could facilitate compromise on these issues and thereby enhance its agency and “centrality.”

But if the Indonesian initiative fails – particularly because of push back from China – it will likely be its last chance to realize “centrality” in regional security affairs.

The Southeast Asian region is on tenterhooks anticipating how rapidly deteriorating US-China..