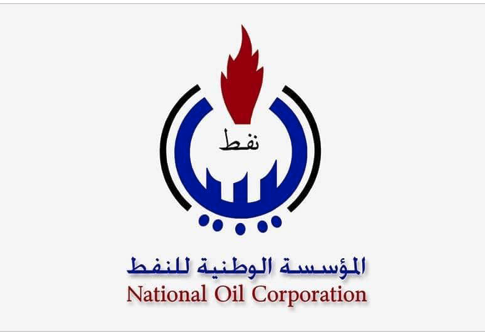 The NOC has issued a statement condemning the threat of targeting of NOC headquarters with a car bomb as well as the attempt by an armed group to interfere with operations at Al-Bariqa Oil Marketing Company.

The NOC has issued the following statement condemning the threat of targeting of NOC headquarters with a car bomb as well as the attempt by an armed group to interfere with operations at Al-Bariqa Oil Marketing Company.

Important statement
The National Oil Corporation condemns in the strongest terms the desperate attempts of an armed group under the robe of legitimacy to interfere with the uncovered and interfering with the technical functions of Al-Bariqa Oil Marketing Company. The National Oil Corporation warns this group that it will take all legal action. The necessary against its individuals involved in extortion.
The National Oil Corporation also affirms that it is in contact with the head of the government, the Ministry of Interior and the Attorney General's Office as competent authorities. The National Oil Corporation has submitted written reports against this body and its members involved and expose a practitioner. Through them they aim to pass suspicious deals from oils and others.
In return, we received information that targeting the headquarters of a national oil company with cars bombed in another type of blackmail against the country's oil capabilities, and we contacted the disciplined and adhering to the correct law to ensure the correctness and accuracy of this information.
All arrangements have been made to raise the readiness to face these risks surrounding the national oil sector. We hold this armed group responsible for affecting oil sector companies, especially because it was present in the desperate attack on the National Oil Corporation on 23 November 2020
Alerting the national oil institution to the seriousness of these irresponsible behaviour, it will spare no effort to take all deterrent legal actions at the local and international levels and expressing its complete rejection of such behaviour towards the national oil sector and employees Those who are doing great efforts to try to keep all the vital oil sector running.
May Allah protect Libya

Operations at two ports in eastern Libya have been disrupted by protesters today.

The National Oil Corporation (NOC) condemns the kidnapping of two of its employees and demands..