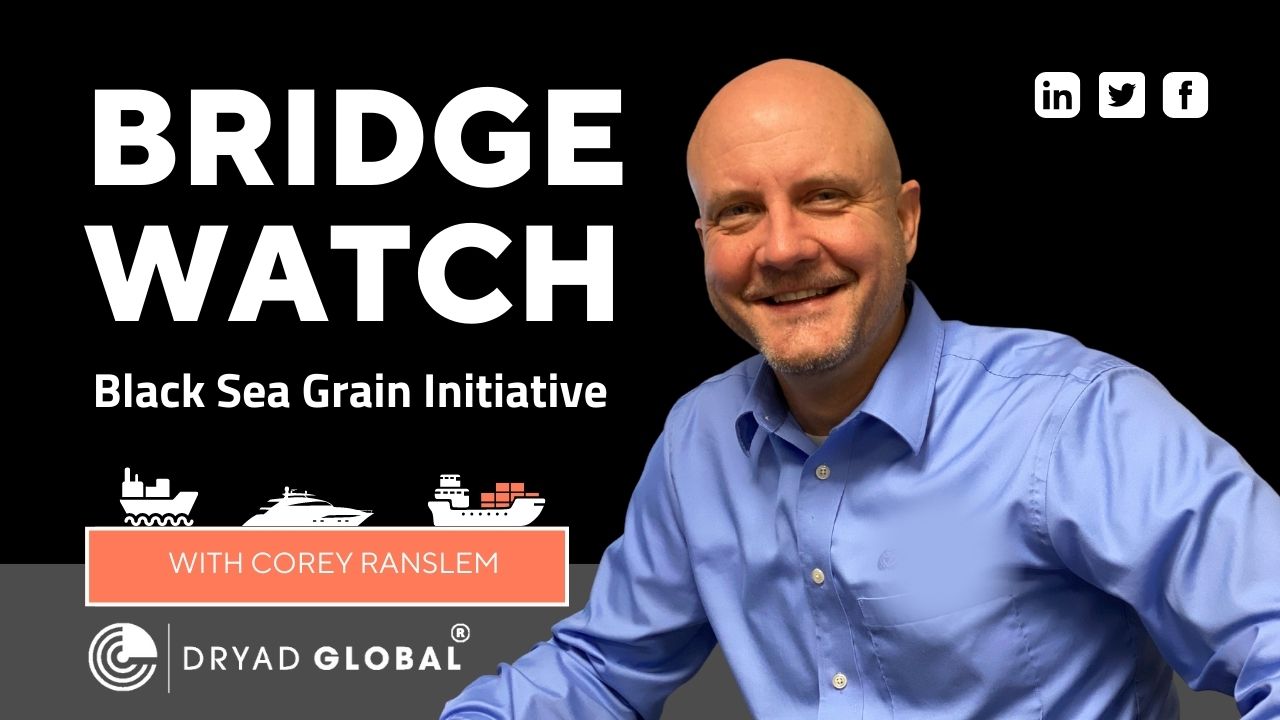 In this episode of Bridge Watch with Dryad Global CEO Corey Ranslem, he talks about the recent agreement signed between Russia, Ukraine and Turkey to have a transit corridor in the Black Sea through which grain and fertiliser will be exported.

Typically, we don’t tackle current events as they evolve so quickly, but the signing of this agreement is a very important event which has real-world implications for global maritime security and international security. Let’s break down the importance and challenges of this agreement: 1. We’re seeing food shortages around the world as Ukraine has not been able to export its grain harvest. Parts of Africa and the Middle East are facing serious food shortages which are contributing to the declining security situation in those regions. Bringing the Ukrainian grain to market should relieve some of these tensions and the Black Sea is a perfect maritime corridor for exporting gain very quickly to the Middle East and Africa. Before the war exports of grain out of Ukraine were roughly 5 million tonnes per month. Our analysts don’t expect exports to immediately get back to this level but suggest that as this agreement progresses exports will rise.

2. Since the beginning of this conflict, Russia has put several sea mines throughout the Black Sea area to stop ships from coming into ports within Ukraine. These sea mines will need to be removed so that there will be safe passage for vessels coming in and out of the corridor.

It will be interesting to see over the next few days how the different elements of this agreement come into place and whether it will actually move forward. There are a lot of moving parts to this agreement and there will be more to come.

Decisive Battle for Sirte Will be Witnessed in..

Almasdar News - Major General Ahmed Al-Mismari, the spokesman for the General Command of the Libyan..

In this episode of Bridge Watch with CEO Dryad Global Corey Ranslem, he talks about emerging..

In this episode of Bridge Watch with CEO Dryad Global Corey Ranslem, he talks about the best way to..