In our latest blog, Dryad Global analysts Shannon McSkimming and Casper Goldman assess the future trajectory of the Cabo Delgado conflict in the commercial maritime domain and the challenges it may pose to trade within the region.

What are the implications of the conflict in Cabo Delgado for maritime security in East Africa and the Mozambique Channel?

Following the recent attacks on the coastal town of Palma in the last few weeks by Ahlu Sunnah Wa-Jamamah (ASWJ) insurgents in Mozambique’s troubled Cabo Delgado region, it is pertinent to assess the future trajectory of the conflict in the commercial maritime domain and the challenges it may pose to trade within the region. During the battle for Mocimboa da Praia, insurgents used speed boats, sunk a Mozambican HSI 32 fast patrol boat with an RPG and took control of a vital port for the servicing of offshore energy projects. On March 24th, 2021, a day after Total announced the resumption of construction for its ‘Mozambique LNG’ project, insurgents attacked and took control of the Town of Palma. This resulted in the destruction of approximately two thirds of the town, the death of dozens of civilians and Mozambique security forces, and at least 7 expatriates. With a demonstrated maritime capability and intent on the part of insurgents, combined with the limited capability of the Mozambican navy, the conflict in Cabo Delgado has the potential to evolve to include a significant offshore risk element. The conflict presents parallels to other insurgencies in the region and their maritime evolution can inform our understanding of the potential offshore trajectory of the conflict.

Who are Ahlu Sunnah Wa-Jamamah?

ASWJ have been active in Cabo Delgado since October 2017 following their attacks on Mocimboa da Praia. Differing from a traditional insurgency, ASWJ are largely motivated by/comprised of disenfranchised locals due to contestation of land ownership, community displacement around the LNG project development, and impacts from illegal activities both onshore and offshore particularly involving illegal, unregulated and unreported (IUU) fishing. Since mid-2019, ASWJ’s capability and intent to conduct more complex attacks is increasingly presenting significant long-term questions for commercial operators within Cabo Delgado. A key incident in the timeline of their expansion was the attack and subsequent capturing of the town and port of Mocimboa da Praia in August 2020, which they have held since. The US Department of State designated ASWJ a terrorist group in March 2021. 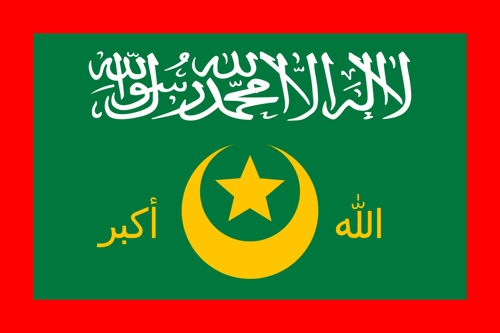 The attack on Palma by ASWJ, which forced security forces to withdraw due to their use of heavy weaponry, is symptomatic of the wanting security response from the Mozambican government, which has sought support in the private sector. After the Russian Wagner Group withdrew from Cabo Delgado following losses of life, the Mozambique National Police hired the South African Dyck Advisory Group (DAG). DAG trains local security forces and provides helicopter air support - which subsequently proved crucial in the evacuation of Palma. It is understood that the Mozambican Ministry of Defence also entered a competing contract with Paramount Group which will supply at least 12 armoured vehicles, 4 helicopters, and training to Mozambican soldiers through its partner company, Burnham Global. Reports indicate that DAGs helicopter support will come to an end on 6 April, when Paramount Groups helicopters with trained Mozambican pilots will be deployed instead. Another notable security initiative is the Cabo Delgado joint Taskforce which is a cooperation between the Mozambican Ministry of Defence and Interior and French oil giant Total, aimed at securing their $20 billion LNG facilities at the Afungi peninsula southeast to Palma. Though this deal successfully securitises energy resources, it has been criticised as failing to consider the security of the local community, further exacerbating grievances. The international community has also raised concerns over the situation in Cabo Delgado and several countries are providing modest support. Despite the involvement of these private security companies and security initiatives, ASWJ has continued to both hold and gain territory as well as cause significant loss of life, as seen in the most recent incident in Palma. 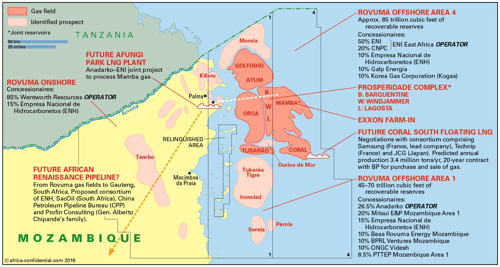 Maritime risk and parallels with other conflicts

The conflict in Mozambique is currently predominately onshore. Similarities can be drawn with elements of issues seen in Nigeria, Somalia, and Yemen. In Nigeria, the attack methods used by ASWJ are similar to Boko Haram, as is their demonstrated ability to control territory. The Nigerian Federal Government and defence force has been forced to utilise large numbers of personnel and funding in an effort to counter Boko Haram, resulting in a lack of resources, focus and funding for issues offshore. Mozambique has already committed significant resources to combatting ASWJ with limited success, there is a danger of similar sea-blindness occurring in Mozambique. As is being seen in Cabo Delgado, communities in Somalia have been affected by issues around land rights, unemployment, poverty, and illegal activities onshore and offshore that impact their livelihoods, including illegal, underreported, and unregulated (IUU) fishing and oil spills. The ‘Reformed Niger Delta Avengers’ in Nigeria, faced similar struggles to Mozambique in relation to impacted livelihood as a result of oil and gas operations offshore. In this case, the group resorted to attacks against oil facilities in the region, in attempt to force the federal government and foreign oil companies to listen to their concerns and demands for inclusive economic growth of the region. As a result, it remains a realistic possibility that as the insurgency develops large state backed flagship projects are likely to become the focus of ASWJ attacks. While traditional insurgency typically remains onshore, the specific infrastructure of LNG projects in the Cabo Delgado region is located offshore, similar to the Niger Delta. A final potential path for the insurgency in Mozambique could mirror the nature of the threat presented by the Houthi Rebels in Yemen, whose attacks are specifically targeted against other actors connected to the conflict, such as LNG associated assets and foreign mercenaries. These elements of other conflicts display parallels to root causes and dynamics seen in Mozambique that should be considered when assessing the potential future trajectory of the conflict.

The extent to which the ASWJ insurgency gains more traction onshore is likely to inform their offshore capabilities, which could severely destabilise the maritime domain and raises serious concerns about the potential of Cabo Delgado becoming the next global hotspot of piracy. As a result of the conflicts inherent relation to grievances regarding LNG yields, assets related to these projects are at imminent risk of being targeted. Assets at risk include offshore gas fields and installations as well as LNG tankers, offshore supply vessels (OSVs) and drilling vessels. In the medium-term, ASWJ could adopt a similar approach to Houthi Rebels and target assets that are related to countries involved in the conflict, such as Portugal, the United States, and South Africa. In the longer-term, ASWJ’s enhanced offshore capabilities could result in an emergence of piracy in the Mozambique channel, which is generally indiscriminate in nature, to fund their struggle. Another possibility is that piracy could emerge from the local community as a result of economic disparity and human insecurity. The uncertainty in Cabo Delgado has already reached a threshold prompting foreign investors to reconsider their LNG projects and recalibrate to solely offshore facilities. This would limit the trickledown effect of economic benefit to the local community, further exacerbating insecurity and instability.