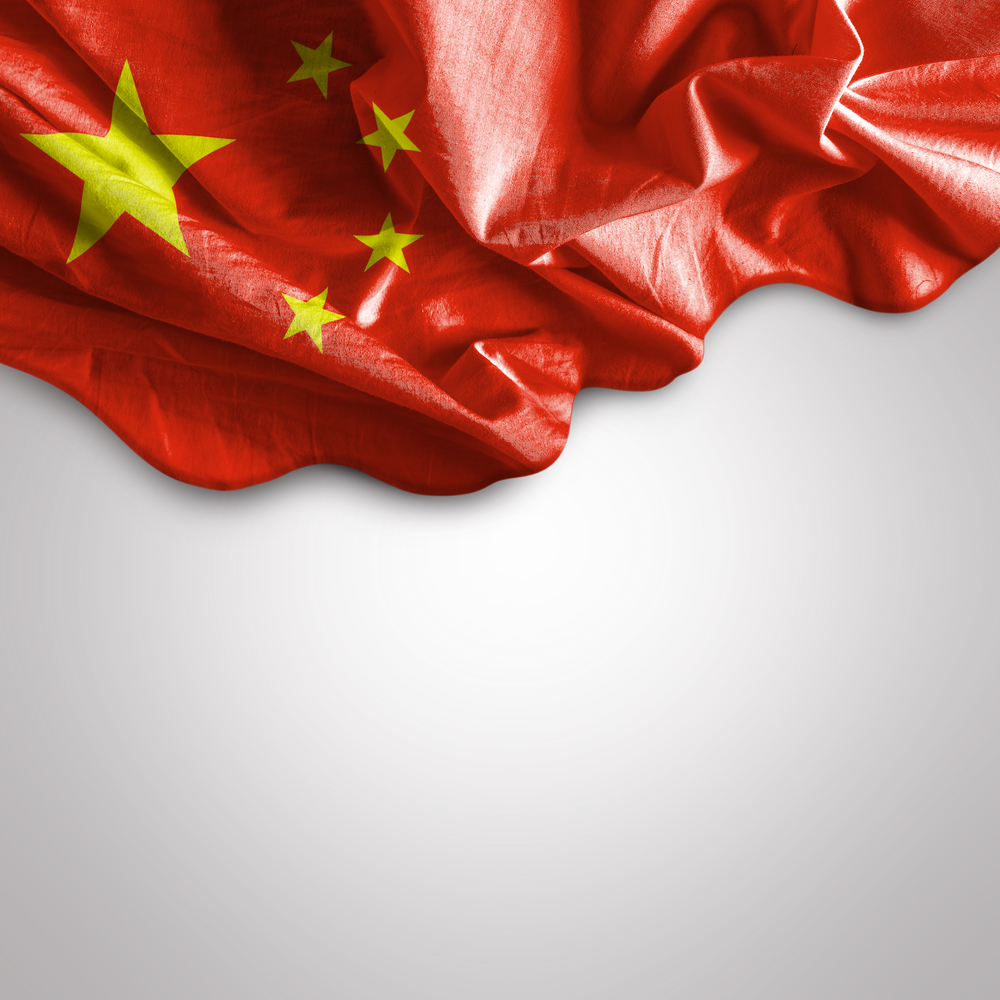 The analysis here follows three principles of strategic thinking: (a) focus on capabilities, which take a long time to build, and not on intentions, which can change overnight; (b) focus on actions and not on postures; and (c) evaluation of actors, their powers and their interests.

China borders as many as 17 countries and is the “centre of gravity” of Asia along with Japan. The core “Han” China, comprising about 90% of the population originally occupied about 40% of the landmass of the present day territory. Dynastic rule in China came to an end with the fall of the Qing dynasty in 1911, and a weak republic came into existence with the Nationalist Party (Kuomintang). The communist party (CPC) was established in 1921 by Mao Zedong. A civil war started in 1927, Mao retreated into the deep interior on his “long march”, and defeated the forces of the Nationalist party, which fled to Taiwan. The 1839-1945 “century of humiliation” by foreign powers is deeply seared into the consciousness of China. Modern China (PRC) has clashed with neighbours, including Tibet, Xinjiang, India, Vietnam and Philippines, the Korean War (1953) and Sino-Soviet clashes across the Ussuri River. China claims very large portions of the resource-rich and critical trade routes of the South China Seas (SCS) regardless of international laws and conventions.

China has a long-term and deeply nuanced understanding of “comprehensive national power” (“zonghe”) and its projection. Xinjiang, Tibet, Inner Mongolia and Manchuria were annexed as buffers to protect its core. Principles like “to subdue the enemy without fighting is the pinnacle of skill” and “warfare includes hard and soft power” continue to influence the PRC. China has, or will soon have, the largest army and submarine force, a very large air force, an innovative ballistic missile program, large naval capabilities, and leading capabilities in cyber and space warfare. In 2003, the CPC formalized the use of psychology and media in “zonghe” for targeted countries. These have been translated as use of “harassment”, “demoralization” and “influencing and shaping public opinion, discourse, perception and attitudes”, with penetration of media, academia and think-tanks as vehicles. The national defence policy of 2015 enunciated “forward defence”, improving military capabilities accompanied with assertiveness. China could claim only Pakistan and North Korea as allies, but isolation will force Russia and Iran to move closer. Tibet controls the third largest source of freshwater in the world with estimates that China can control 30% of the river flow into India by 2030. China has the second largest economy in the world and the second largest outlay on the military with 70% of the arms produced domestically. The country is approaching an important economic turning point. China has not yet developed the soft power to the extent that the United States, India and now South Korea have.

THE TAIWAN IMPERATIVES
Geography seriously constrains China. To the east and southeast are the Yellow Sea, East China Sea and the South China Sea (SCS). From north to south runs the “first island chain or first 9-dash line”, from Kuril Islands (north of Japan), through Japan, Ryukyu islands, Taiwan, north Philippines and ending at Borneo in the South. Access to the Pacific Ocean from the SCS passes through the lower half of this first island chain. Access to SCS from the Indian Ocean is through the narrow Malacca straits bordered by Singapore, Malaysia, Indonesia, and India (Andaman and Nicobar Islands). An alternative route passes through a “tri-seas” area of Philippines, Indonesia and north-east of Brunei. Beyond this first chain of islands lies a “second chain of islands”, starting from the east of Japan in the north, passing through the Mariana Islands, Guam, Micronesia, and almost to Indonesia in the south. Further beyond this second chain are Hawaii and Guam, and then China directly faces the western seaboard of the US. Several countries which incorporate the “first and second island chains” are potential adversaries of China, allied with the US.
Critical raw material sources for China are scattered across the world. Unlike the US, China cannot yet control its entire supply chain, which traverses several seas. The locations described above have several bottlenecks at which supply into China can be chocked by hostile powers. The US started its journey to become a global power by first consolidating unquestioned supremacy over the Caribbean, and then extending outwards. China cannot progress much further in its journey towards superpower status if its access to the sea can be blocked by rivals. Given the importance of the SCS for China, attaining supremacy here is the first step, for which China needs to “break through” the first island chain. Taiwan lies at the centre of this chain, described by Gen McArthur as an “unsinkable aircraft carrier”. Gaining control over Taiwan, therefore, is imperative for China. Freed from the constraints of the first island chain, China can then strive to extend its dominance farther out to the second island chain, and onwards potentially be a threat to the western seaboard and vital interests of the US. Access to capabilities like semiconductor design and fabrication in Taiwan can be secured through economic engagement and development, and are not fuelling the confrontation. China has declared that it will invade if Taiwan ever formally strives for independence. However, large bodies of water have their own stopping power, which is a serious impediment for an invasion. Assembling an invading force, traveling through waters infested with submarines, mines, anti-ship missiles and airpower, landing a force against opposition, and then conquering cities is beyond the military capabilities of China currently if the US intervenes. The US maintains “strategic ambiguity” over the status of Taiwan after abandoning it in 1971, opposing a change of status-quo by force.

GRAND STRATEGY IMPERATIVES
China’s grand strategy imperatives can be summarized as: a) Maintain the unity of China. Unlike the US, neither China nor India can take the unity of the nation-state for granted. Whenever China has opened out to the world, the internal conflict between its relatively prosperous eastern coast and its much poorer interior have threatened to tear the country apart. Issues related to Taiwan and Japan help to increase nationalism and national identity. With the buffer states firmly under its control, a reasonably strong Chinese identity and enabling social and physical infrastructure, China has had significant success in building a nation-state. Fragility consequent to single-party authoritarian rule and external misadventures are key risks. b) Ensure social stability and monopoly of the CPC: Despite impressive economic gains, more than 700 million people in China continue to be very poor. The rapid growth of the economy has helped to maintain social stability. Unlike in the Soviet Union, the CPC has legitimized authoritarian communism by providing economic growth, jobs, improvement in the standard of living and a reasonably efficient government. The balance between “legitimacy” and “power” of the state continues to be heavily tilted towards “power”. The overriding priority on retaining the supremacy of the CPC, potentially threatened by social disruption, is the proverbial “Achilles heel” of China. c) Dominance over its periphery and then beyond: China will strive to attain “anti-access and area-denial” capabilities over other navies in the SCS, including the US Navy, by around the middle of 2020s. Over the next two decades, it will strive to extend this supremacy up to the second island chain, and through the Indian Ocean. A combination of encroachment, force projection, subversion and economics will be used to pressurize neighbours. China has several levers for this. India will be contained through multi-pronged support to Pakistan, “string of pearls containment”, encouraging internal discordance and strife, and harassment by infiltration. Japan is likely to be the primary challenger in the Asian context, positioning itself as an alternative “centre of gravity” for Asia. Given the gap with the US in technology, alliances, military expenditure and prosperity, China will not strive to displace the US as the pre-eminent power in the foreseeable future. The goal will be to make China and its core interests invulnerable, except at unacceptable cost to the adversary.
As the dominant power, the US will be content to be a “status quo” power. Constrained in the subcontinent, India will need to be content with the status-quo for a considerable period of time. As the only country in a position to eventually challenge the US, China will need to be revisionist. The natural progression of the “zhonge” of China will result in positions inevitably conflicting with its periphery, and with the US. In the quest for the “Asian Century”, the maturity of the leaders of China and Asia will be severely tested in this decade.

India takes its tussle with China to the high seas

New Delhi has shifted focus from the Himalayas to the oceans to send a warning to Beijing.

The debate on Belt and Road Initiative (BRI) investments in Africa has always teetered between the..

Biden must not let the Indian Ocean slip away..

Joe Biden's list of inauguration pledges were long and largely domestic. But as he grapples over..