By Dryad Global January 19, 2021 Maritime Security, Super Yacht, Caribbean, Drug smuggling
On 12 July, 2019, a cooperative operation involving INTERPOL, the non-governmental organization Global Fishing Watch, and a variety of states, most notably Indonesia, resulted in the arrest of the MV NIKA in the Indonesian portion of the Malacca Strait. 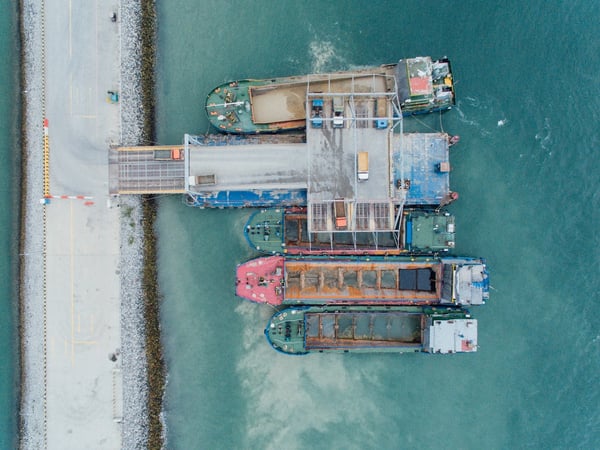 This motor vessel, registered as a cargo ship, was arrested for illegal fishing. It is probably the highest profile arrest of a cargo ship for engaging in illegal fishing, but it is by no means the only one. This case has opened up a discussion in the fisheries sector about non-fishing vessels using their vessel class to obscure their involvement in illegal, unreported, and unregulated (IUU) fishing. This lesson, however, is not confined to fishing, and it begs an important question: are criminals exploiting the assumptions we make about vessel activities to their own illicit advantage? The NIKA would certainly indicate that is the case in the fisheries context, but a brief examination of other cases and other contexts helps expose this phenomenon as a new and pernicious illicit maritime trend.

Conventional wisdom suggests that there are a variety of maritime mechanisms for moving narcotics. Go-fasts, fishing boats, luxury craft, and, increasingly, containerised cargo vessels are all well-known for drug trafficking. Additionally, drug cartels have manufactured a whole range of “narco-subs” including both full submarines and semi-submersibles—a type of vessel virtually exclusive to drug trafficking. In 2020, it was discovered that such narco-subs are even making it across the Atlantic, and at the same time, enhanced counter-narcotics operations in the Caribbean have accounted for more the $1 billion USD in drug seizures from narco-subs.  But one of the most important arrests of 2020 occurred in Trinidad and Tobago on 28 April. The MT THRONE was arrested with 400 kilograms of cocaine on board, hidden inside the vessel’s fuel tanks. This was a motor tanker, a ship for carrying oil, not a vessel class usually associated with drug trafficking. It was not the first time a tanker was arrested with drugs in Trinidad, though, as a liquified natural gas (LNG) tanker was arrested with cocaine affixed to its rudder in 2019. Yet these incidents have not entered the wider global discourse on the sorts of vessels in which drugs are expected to be trafficked.

The same is true for the movement of stolen and smuggled fuel.  While hydrocarbons—both crude oil and various types of refined products such as gasoline, diesel and kerosene—are transported by tankers in the legitimate supply chain, other vessels reign supreme in the black market. According to the seminal 2017 report “Downstream Oil Theft: Global Modalities, Trends and Remedies,” substantial amounts of fuel are smuggled from Malaysia into Thailand every day, either for sale on land or for distribution through offshore floating fueling stations.  The vessels engaged in this large-scale illicit trade, however, are not tankers, but rather fishing vessels—particularly trawlers—retrofitted to store fuel rather than fish. Again, this cross-purposing of vessels has helped the operation evade interdiction, as fishing vessels that are not fishing illegally rarely draw attention; they are expected to be on the water.

These three examples shine a light on a phenomenon that deserves greater attention.  Returning to the question asked at the outset as to whether criminals are exploiting the assumptions we make about vessel activities to their own illicit advantage, the answer certainly appears to be “yes.” The next question therefore becomes: in what other contexts we might be blinded by mistaken assumptions about how criminals operate? Every maritime criminal context—from human trafficking to arms smuggling to piracy and beyond—should review this question. To take just one example, the issue of illicit antiquities trafficking may be illustrative.

The illicit art and antiquities market often involves moving priceless items of cultural heritage or artistic significance from one part of the world to another through intermediary trading hubs in an effort to both obscure and launder the provenance of the items. This black market trade is particularly replete with material looted out of conflict zones. In examining how that material moves, it is instructive to explore what can be shown using Windward, an advanced predictive maritime intelligence tool that allows for tracking of vessels and provides behavioural insights—currently and historically.

Let us suppose, for a moment, that a rare antiquity from a country in the Middle East was transported in 2015 or 2016 from the Persian Gulf to a trading hub in Southeast Asia—an increasingly common trans-shipping destination for illicit antiquities. A search of vessels on Winward that, for example, went from the UAE to a port in Thailand yields a list of 112 vessels, of which 22 are cargo vessels. Now, those 22 vessels may have been knowingly—or, more likely, unknowingly—transporting antiquities in a container to Thailand.  But a luxury yacht made the exact voyage in that time period, going dark (turning off the required automated information system or “AIS” that pings the location of the vessel) for periods, and embarking armed guards for the voyage.

While there is no indication that this vessel was actually involved in anything untoward, it does open up new lines of thinking for how to investigate the movement of looted and stolen material. “Research about the illicit antiquities trade has not considered the role of privately owned or chartered luxury yachts,” said Dr. Brian I. Daniels, the director of research and programs at the Penn Cultural Heritage Center.

Understanding this criminal trend of cross-purposing vessels to take advantage of blind spots caused by conventional wisdom is crucial to finding new investigative methodologies.  By being more expansive in their thinking, law enforcement officials, researchers, and criminologists can search for criminality in places they have historically overlooked – the very sorts of places that criminals enjoy.  It behooves all those involved in countering maritime crime to revisit how assumptions about vessel classifications may be limiting a search or foreclosing avenues that would otherwise prove fruitful in identifying and addressing illegal or undesirable activity on the water. Criminals are creative in how they pursue this crossover between vessels, so we must seek to be at least as creative in our own thinking as the criminals we face.