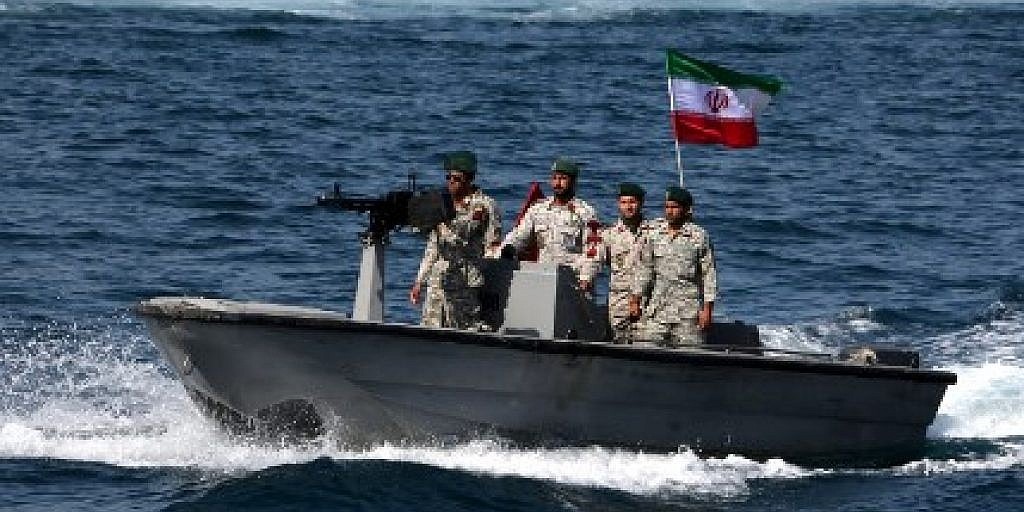 Iran seized a Vietnamese-flagged oil tanker in the Gulf of Oman last month and still hold the vessel off Bandar Abbas, two US officials told The Associated Press on Wednesday.

One of the officials said Iranian Revolutionary Guard troops took control of the MV Sothys on Oct. 24 at gunpoint. A motive for the seizure remains unclear. Officials in Vietnam could not be immediately reached for comment. Ship-tracking data showed the vessel still off Bandar Abbas on Tuesday.
The two US officials spoke on condition of anonymity as the information had yet to be made public amid ongoing attempts to restart talks in Vienna with Iran over its tattered nuclear deal. Dryad Comment: Currently the MT SOTHYS (9253064) is located north of Qeshm Island in the vicinity of the MT WINSOME, alleged to have been detained by Iran in August 2021.

Prior to recent events the MT SOTHYS is understood to have conducted StS with the US sanctioned, Liberian flagged MT OMANI PRIDE (9153525). TankerTrackers.com notes that the vessel then proceeded inbound the Chinese port of Longkou. The vessel is understood to have been rejected and unable to offload cargo, returned to Bandar Abbas in Iran.

The MT SOTHYS (9253064) is currently Vietnamese flagged and owned by Opec Petrol Transportation Co Ltd. The vessel appears to have changed name, ownership and flag within 2021 prior to conducting StS with the OMANI PRIDE. The vessel was previously the Singapore flagged, MT EAGLE TUSCON, changing name on 01 May 21. The vessel appears to have changed ownership on 06 May 21 from American Eagle Tankers (AET) Ship Management a subsidiary of Eagle Star Ship Management Ltd. It is unclear whether the previous link to these entities was known by Iranian forces.

Whilst specific details regarding the incident remain unclear, there are a number of strong indications that suggest a significant degree manufacturing and manipulation of narratives. Iranian state media have released a highly edited and polished video, complete with soundtrack, proclaiming to show the vessel being boarded by IRGC forces before being taken back to Iran. Whilst the footage is comprehensive, at no point are there any sustentative indications that the vessel was under the command of or detained by US forces as claimed by Iran. Further still the video does not show any indications that the US sought to oppose the action by Iran.

The video appears to show IRGC troops boarding the vessel via HELO before assisting a further boarding by troops arriving by fast patrol boat. Footage appears to have been filmed from the bridge of the vessel of troops advancing in a tactical manner across the deck. Were the tactical situation to warrant such a posture by the boarding personnel it is surprising that the filming of said troops was possible and indeed a priority in such a situation.

Whilst a number of key details remain unclear, it is apparent that Iran has seen the propaganda value in such footage. In many instances this footage is designed to play to a domestic audience, providing the assurances that Iran and the regime are able to oppose the US within the immediate area of strategic interest. Such actions by Iran have become increasingly common since the Trump administrations nullification of the JCPoA and it is against the renegotiation of this that such incidents continue to play out. The return of Iran to the JCPoA remains a stated aim of the new US administration and as such US responses vis a vis Iranian activity within the region are likely to be tempered by a desire to maintain open and cooperative dialogue with Iran. Despite this, the US and coalition partners remain committed to the preservation of international law and the upholding of the right to free and uninterrupted navigation within international waters and as such are highly likely to continue to oppose any Iranian encroachment on this, where required.

The Nigerian Navy Ship Jubilee (NNS) said it has seized a vessel used for oil bunkering in Akwa..

The agreement follows UN-sponsored talks held in Brega with the head of the National Oil..