Key updates include insights into the conflict in Ethiopia’s Tigray region which is spurring mass displacement: More than 56,000 Ethiopians have now fled to neighbouring Sudan due to fighting. 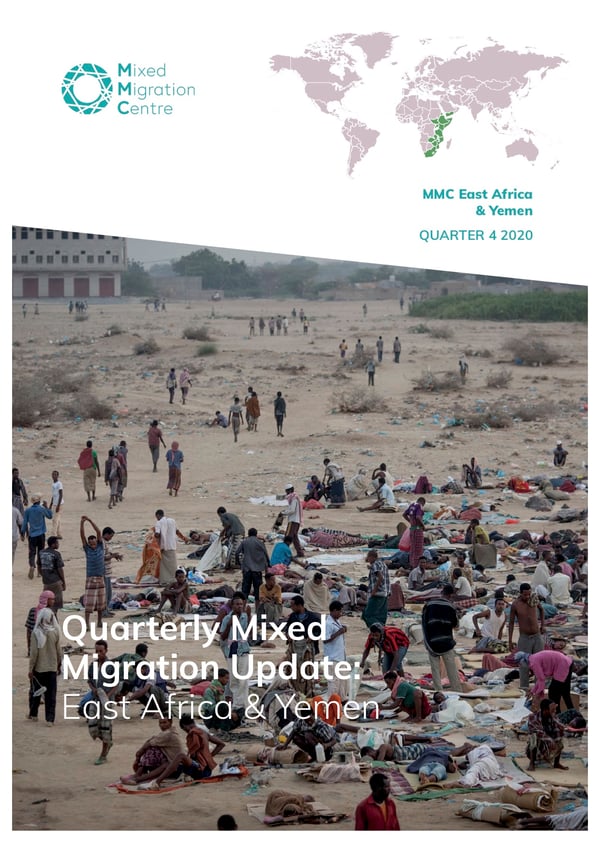 • Movement along the Eastern Route slowly restarts this quarter: Refugee and migrant arrivals from East Africa to Yemen increased this quarter with 4,413 new reported arrivals. This is an overall increase of 193% from 1,505 refugees and migrants who arrived between July and September 2020. In particular, arrivals during this quarter increased by 51% between October (1,038) and December 2020 (2,035).1

• East Africans arrivals to Europe remain limited: By the end of December 2020, 3,089 refugees and migrants from East Africa were reported arriving in Europe along the Central Mediterranean and Eastern Mediterranean Routes.