Ethiopia: Observers fear huge consequences for the Horn of Africa

Tigray is at war again, this time with the federal government in Addis Ababa, and observers fear it could escalate — with huge consequences for the Horn of Africa, after Abiy Ahmed, the prime minister, sent troops and jets to attack the region, which is led by the Tigray People’s Liberation Front.

Already there are signs of how badly this conflict in northern Ethiopia could turn. On Saturday, the TPLF fired rockets into the airports of the Ethiopian cities of Gondar and Bahir Dar in Amhara state, which neighbours Tigray, as well as across the border at Asmara, the capital of Eritrea. 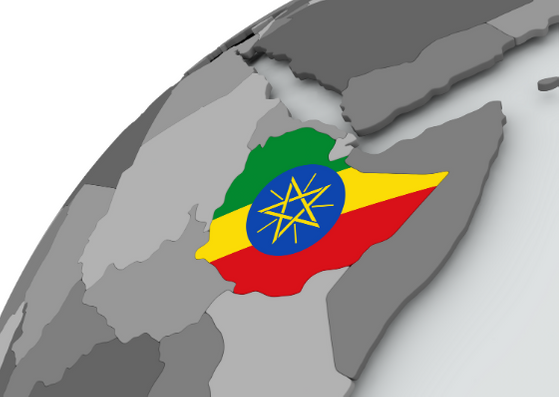 Amnesty International last week reported that potentially hundreds of non-combatants had been stabbed or hacked to death, in an incident that bears all the hallmarks of an ethnic massacre. Witnesses blamed forces loyal to the TPLF, but its leadership has denied any involvement. The fighting is the culmination of a bitter feud between the TPLF and Mr Abiy who took office in 2018 and purged his governing coalition leadership of many Tigrayans. The TPLF, in turn, defied the postponement of the national presidential poll due to Covid-19 by holding regional elections in September, deemed illegal by Addis.

Months of tension escalated into armed conflict this month after an alleged attack by the TPLF on a federal military base of the Northern Command. Mr Abiy has said he expected what he called a “law enforcement” operation to “wrap up soon”. Many security experts doubt that, saying hostilities could drag on and become a full-blown civil war. “The TPLF is an ex-guerrilla military . . . that knows this game extremely well,” said Rashid Abdi, an independent expert on the Horn of Africa. “They are being attacked on their home ground and everyone who knows the geography of Tigray knows it is difficult, mountainous and rugged — ideal guerrilla territory.” Western diplomats fear the conflict could even trigger other wars in a country riven by ethnic rivalries.

Shishay Adane, a Tigrayan activist living in Mekelle, the regional capital, said he feared that Ethiopia would “become another Yugoslavia”, a reference to the break-up of that country in the 1990s along ethnic lines. He urged the international community to put pressure on the federal government led by Mr Abiy, whom he called an “authoritarian”.

The African Union has called for an immediate ceasefire; the UN said clashes have already sent more than 14,000 refugees across the border into Sudan, and Pope Francis asked for a “peaceful end” of the conflict. For the moment hostilities are escalating. Thousands of liyu hail, or special forces, and an alliance of militia fighters from the neighbouring Amhara region — which has disputes with Tigray over land — have been deployed to the regional border, local authorities say. “The conflict is between TPLF and the whole country, not just with Amhara,” said Gizachew Abebe, a senior member of the Amhara government, calling the TPLF “evil”. The central government accuses the TPLF, which it has labelled a “belligerent” and “criminal clique”, of stoking ethnic violence in other parts of the country. Tigrayans have a long history of fighting Addis Ababa. They did so in the 1940s against Emperor Haile Selassie in the so-called Woyane rebellion. Forty years on, they led a successful guerrilla war against the Marxist Derg regime, coming to power in 1991 after marching into the capital.

The TPLF then ran the country, as the dominant member of a four-party governing coalition, until 2017, overseeing what is often described as Africa’s most successful economic transformation in a country of more than 110m people. Once associated with famine, for the past 20 years Ethiopia, though authoritarian, has been the fastest-growing large economy in Africa. But resentment grew against Tigrayans, who make up just 6 per cent of the population. After years of protests, Mr Abiy, from the much bigger Oromo ethnic group, came to power, promising democratic reforms and peace with Eritrea, for which he won the Nobel Peace Prize. Now, experts warn, fighting with Tigray could draw in Eritrea, whose President Isaias Afewerki has grown close to Mr Abiy, but who loathes the TPLF. The Ethiopia-Eritrea war, fought across the Tigrayan border, left Tigray with an estimated quarter-million armed fighters, according to the Crisis Group.

Debretsion Gebremichael, chairman of the TPLF, said there had been bombing by federal forces in several parts of eastern Tigray. Most of the federal army stationed in Tigray was now under the TPLF control, he said, which the Ethiopian government had denied. The Ethiopian parliament has given Mr Abiy the authority to replace the Tigrayan government. “If they feel that Tigrayans must be under their feet, how can we live together?” Mr Debretsion asked. “They have gone too far.” Eritrean troops had already started attacking Tigray, he added, a claim that Addis Ababa has rejected. Enyew Meseret, a 25-year-old Amhara special forces soldier stationed near the border with Tigray — where ambulances and truckloads of soldiers have become a common sight — said he was reluctantly prepared to fight Tigray. “We all want peace, not fighting between brothers,” he said. “But the TPLF has done very bad things, so I’ll fight if I have to.”