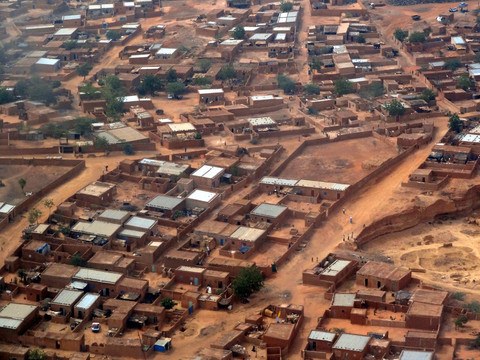 The EU is aiming to launch three new military missions in West Africa after Russia pushed Europe out of the Central African Republic (CAR) and Mali and threatens to do so in Burkina Faso.

The new missions ought to be in Burkina Faso, one of the Gulf of Guinea states, and in Niger according to a "strategic review" paper by the EU foreign service dated 25 May and seen by EUobserver.

The Niger mission is the first to go ahead after Nigerien authorities requested an EU "logistic and maintenance centre of excellence in the vicinity of Niamey", it said.

But the EU is keen "to go beyond this initial request to also cover a 'train, equip and accompany' package for specific units or even a full-scale military operation to accompany Nigerien armed forces to combat".

Burkinabe armed forces "during discussions at technical level" asked the EU for a similar package, the EU foreign service said.

But Burkina Faso is playing a double game, because it also sent a high-level military delegation to Mali in mid-April and the EU suspects it discussed using Russian mercenaries to fight jihadists the same way Mali has done.

"The possibility of a replication of the Malian model [in Burkina Faso] and the use of Russia-affiliated forces cannot be ruled out," the EU foreign service warned.

The Gulf of Guinea project is in its infancy.

But the EU foreign service spoke of creating "a limited military footprint in one identified coastal state" that would host EU military trainers who could carry out "bespoke" missions in the region.

The EU military expansion comes after Russia pushed out French-led European forces from CAR last year and then Mali this year in what is increasingly looking like an African front in Russia's geopolitical clash with the West.

The EU also hopes to create its own rapid reaction force by 2025 designed to fight in places such as the Sahel in what French president Emmanuel Macron has championed as Europe's "strategic autonomy".

The new EU force must be ready to go into combat to defend Europe's interests, the EU foreign service paper said.

EU countries must "accept the risks associated with closer accompaniment of partner forces closer to the combat zone", it said.

But for all Macron and the EU foreign service's talk, Russian president Vladimir Putin's push into Françafrique risks making the EU ambitions appear like too little too late.

The EU folded its CAR mission in December 2021 after Kremlin-linked mercenaries from the Wagner group took command of EU-trained soldiers and committed atrocities.

It also suspended its Mali military and civilian training missions in May after Mali brought in Wagner mercenaries to fight jihadists.

The EU pull-back was due "to prevent any reputational risk due to Malian defence and security forces trained by the EU falling under the control or engaging along of Russia-affiliated forces, as it had been observed in the centre of the country", the EU foreign service said.

The EU had funded new military camps in Konna, Tominian, Timissa, Sayed, and Korientze in central Mali and trained soldiers and gendarmes there in the past two years, the EU paper noted.

But "the units (both National Guard and National Gendarmerie) in these posts, which were trained by EUCAP Sahel Mali [the EU mission] prior to their deployment, are now under military command and are integrated in joint operations with Russia-affiliated forces," the EU paper noted.

"It is also assessed that Russia-affiliated forces are gradually more present and influential at the strategic level" in Malian military circles, the EU warned.

And now Malian soldiers "together with Russia-affiliated forces" were "terrorising the population with punitive raids, targeting the Fulani community in particular", the EU said.

"Reports of violence on civilians have reached unprecedented levels," it said. "It is evident that Russia-affiliated forces' presence alongside the MAF [Malian Armed Forces] coincides with serious and systematic human rights violations".

The few EU military and civilian trainers who are staying on in Mali will do so to maintain some contact with Malian military commanders and keep an eye on Russian deployments.

"It is assessed that about 1,000 Russia-affiliated personnel, mostly relying on Malian equipment, are deployed in Mali, with a notable presence in Sévaré, Ségou, Niono, Timbuktu and Gossi in MAF camps," the EU foreign service said.

"Air Base 101, in Bamako, is used as a logistical hub for their deployment," it added.

Wagner's presence was accompanied by a disinformation campaign which aimed at "deflecting attention from Russia-affiliated forces atrocities against civilians" and contained anti-French "pan-Africanist" ideology, it noted.

And all that was taking place amid potentially lucrative Malian mineral reserves as well as dire poverty and insecurity for ordinary people — 6 million of whom needed food aid in a country where one in five schools are closed.

Looking back to CAR, the country has become so closely tied to Russia that it now teaches Russian in its schools and offered Putin to send fighters to Ukraine.

But if the Russian leader wanted to fully replicate his CAR success in Mali, he might have to commit more resources than at present, the EU foreign service said.

Jihadist attacks against Malian camps in March and April showed that "around 1,000 Russia-affiliated forces along with the MAF are not enough to clear and hold the centre of the country", the EU paper noted.

"The sustainability of the Russian support to Mali in the current global environment is also questionable," the EU added, referring to Putin's military losses on his primary battlefields in Ukraine.

UNODC, EU pledge support to Nigeria, others over..

The European Union (EU) and the United Nations Office on Drugs and Crime (UNODC) have pledged their..

African Migration Trends to Watch in 2021

COVID-related border closures across Africa have disrupted the normal flow of regional migration,..