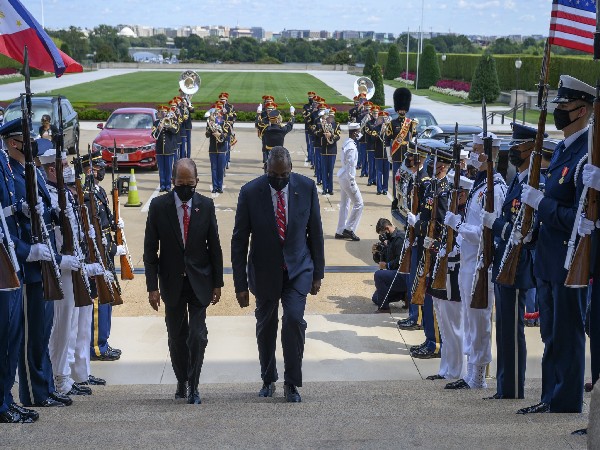 Amid China's growing military assertiveness, the Philippines has promised that it will ignore Beijing's amended maritime law, which now requires foreign vessels sailing in the South China Sea to report their information to Chinese authorities. 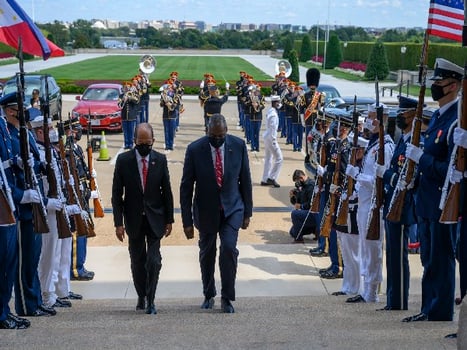 "Our stand on that is we do not honour those laws by the Chinese within the West Philippine Sea because we consider that we have the sovereign right within this waters. So we will not recognise this law of the Chinese," Philippines Secretary of National Defense Delfin Lorenzana was quoted as saying by Al Jazeera during an event marking the Philippines' Mutual Defense Treaty (MDT) with the US.

Geopolitical experts believe the move is bound to create conflict in the South China Sea (SCS). The standing committee in April amended China's Maritime Traffic Safety Law that requires foreign vessels entering what it considers to be its territorial waters to notify Beijing. It also gives Beijing the authority to instruct foreign vessels that "threaten the safety of Chinese internal or territorial.

Earlier on Friday, US Secretary of Defense Lloyd Austin met with Delfin Lorenzana and reiterated their commitment to supporting the security, stability, and prosperity of a free and open Indo-Pacific.

Amid China's growing assertiveness, the two secretaries had affirmed the enduring nature of the US-Philippines alliance, as well as their shared commitment to building an even stronger foundation for future alliance cooperation.

Austin had reiterated that the US commitment to Philippine security is ironclad, and that US treaty commitments extend to Philippine armed forces, public vessels, or aircraft in the South China Sea, Pentagon readout said.

He expressed his appreciation for the Philippine decision to restore the US-Philippines Visiting Forces Agreement, which signals a commitment by both sides to enhance the scale and scope of alliance cooperation.

Last month, the Philippines government had restored the Visiting Forces Agreement (VFA) with the US military, which shows that Beijing has failed to deliver enough to the Southeast Asian archipelago.

Philippines had scrapped this agreement with the US 18 months back, but China had not delivered enough to sustain a friendship with Manila which pulled back Manila to restore the agreement. (ANI)

US troops could be sent to defend Senkaku Islands

American troops could be sent to disputed islands in the East China Sea, the head of US forces in..

State Department says language in the law could be used by Beijing to intimidate its neighbours in..