Piracy Attacks On Oil Facilities: Are US Vessels a target?

It has not received a lot of attention from the media or U.S. policymakers to this point, but the oil and gas business has a growing global issue related to offshore and at-sea piracy. While such attacks have remained largely centred in a growing number of international hot spots, the matter seems destined to arrive in U.S. waters and shores in the not-too-distant future. 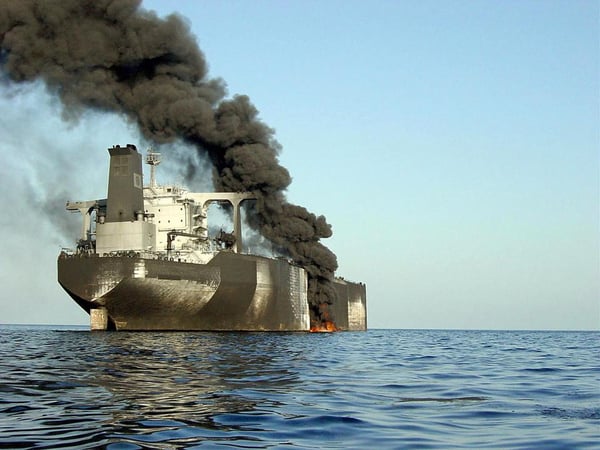 “Piracy attacks against crude oil tankers have taken place in the Gulf of Guinea, Horn of Africa, and Malacca Strait over the last 20 years,” said Rockford Weitz, Director of Maritime Studies at Tufts University's Fletcher School, when I spoke with him last week. “In addition to piracy threats, crude oil tankers have been attacked by maritime terrorists, such as the October 2002 bombing of French oil tanker MV Limburg off the coast of Yemen.”

Such attacks are not just taking place in the outer reaches of the world, far from American waters. One area that has seen a sudden upsurge in such water-bound assaults in recent years is Mexico’s Bay of Campeche, where the majority of that country’s crude oil is produced. “Recent piracy attacks in the Gulf of Mexico are a new development near U.S. waters,” Weitz said. “Hundreds of crude oil tankers and refined product tankers (carrying jet fuel, gasoline, and diesel) pass through the Gulf of Mexico each year when transiting to and from refineries in Texas and Louisiana.”

Piracy issues in the Bay of Campeche rose to such a level earlier this year that the U.S. State Department felt compelled to issue a piracy warning for the Southern Gulf of Mexico. “Armed criminal groups have been known to target and rob commercial vessels, oil platforms and offshore supply vehicles,” the alert read in part.

Thus far, such instances of piracy have not been seen in the U.S. waters of the Gulf of Mexico, but the fact that the problem continues to fester and increase around the world has to be cause for some concern for companies and policymakers. The Gulf currently accounts for about 17% of this country’s domestic crude oil production and roughly 5% of its natural gas. As we witnessed in the wake of Hurricane Harvey in 2017, long-term disruptions in Gulf crude supplies and the coastal refineries that process the crude into gasoline can have a significant impact on gasoline prices and the overall economy.

Other than private security personnel, the hundreds of platforms, supply ships and drill ships that operate in the U.S. Gulf are largely unguarded, and would be reliant on the U.S. Coast Guard to respond to any at-sea piracy attacks. The same is true of the dozens of crude oil tankers that sit anchored offshore for days and sometimes weeks waiting for a dock at one of the coastal refineries to come available to offload their cargoes. This is a vast geographical area over which the Coast Guard is stretched fairly thin.

The concern here lies not only with potential loss of cargo or personnel - it’s environmental as well. These tankers typically carry hundreds of thousands of barrels of crude or refined products, with the largest class of tanker capable of transporting up to 2 million barrels of oil. Obviously, any assault that succeeded in rupturing such a vessel could cause major environmental harm.

As America moves into a new age of “defund the police” ideology taking hold in major cities, the future effectiveness of local law enforcement becomes an open question. This is an issue that port cities like Houston, Baton Rouge, Corpus Christi and New Orleans could and should be grappling with in the years to come.

Ordinarily, government waits until a crisis takes place before developing new policy. Given the critical nature of these offshore and coastal facilities to the nation’s economy and ecology, this looming issue seems to be one that demands proactive, bipartisan consideration and action by state and federal policymakers.