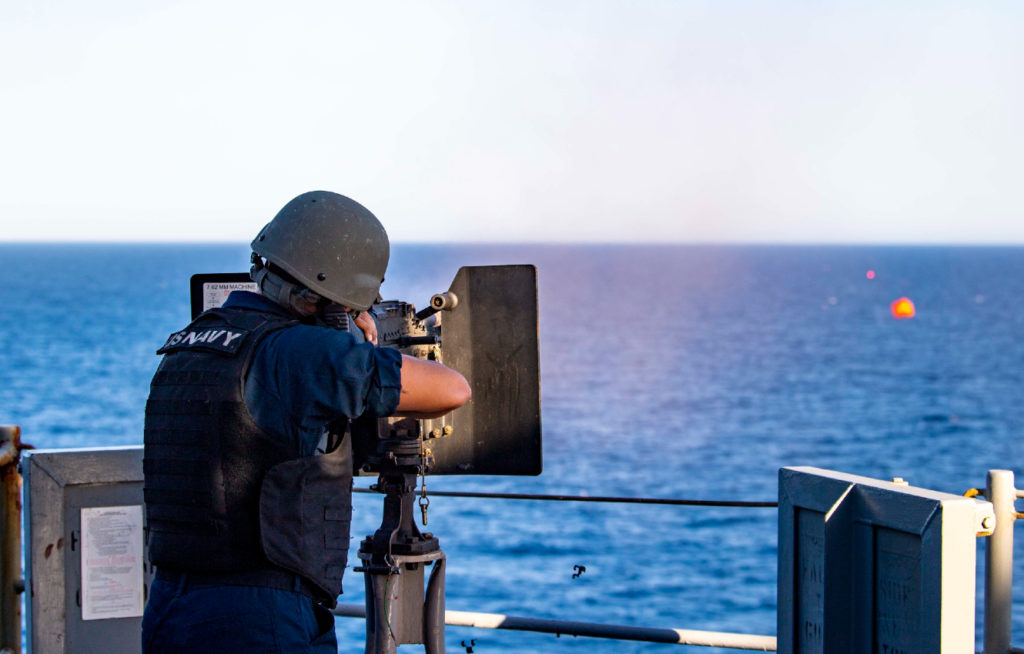 Mariners in the Red Sea have long been threatened by pirates, but they now must deal with a much more modern threat as well: unmanned explosive boats. 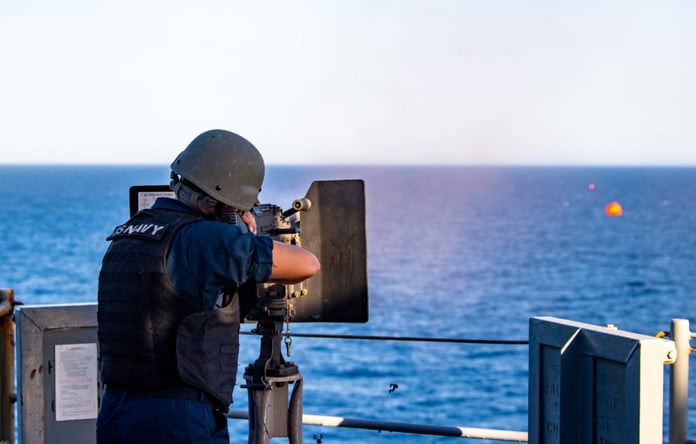 Since 2017, Houthi forces in Yemen have been perfecting their use of maritime drones — sometimes referred as unmanned surface vehicles, drone boats, or water-borne improvised explosive devices — to carry out attacks against maritime vessels and port facilities in the region. While only one of these attacks to date has led to the loss of lives, others have caused material damage to a number of ships and led to the temporary shutdown of one of Saudi Arabia’s busiest ports.

Fortunately, there are a number of steps that governments and private maritime firms can take to counter the threat of maritime drones before it gets worse. Better intelligence sharing and evasive tactics coupled with proactive measures such as electronic jamming, water cannons, and boat nets can help keep commercial vessels safe as they pass by Yemen.

Open source research based on the same data collection methods used to study aerial drones reveals 24 successful or attempted Houthi maritime drone attacks carried out between January 2017 and June 2021. Tabulating these attacks offers some preliminary generalizations about target and location, while also highlighting the difficulty of making similar generalizations about timing.

The majority of all Houthi maritime drone attacks were directed at commercial shipping vessels such as tankers or freight carriers. Four targeted civilian ports and two targeted oil production and distribution facilities. This makes the total number of attacks against civilian and oil-related targets 16, or two-thirds of the total. These include commercial shipping vessels sailing under different flags, including Yemen’s and Singapore’s, but a majority have been Saudi carriers. As for location, these attacks have been clustered around Hodeidah, the Salif port, and Mocha. The first two locations are currently under Houthi control, while the more southern city of Mocha is not. In addition to these maritime drone attacks, the Houthis have also carried out aerial drone bombings, rocket-propelled grenade strikes from fast moving boats, and indiscriminate naval mining in the strait connecting the Red Sea with the Bay of Aden. It is harder to see patterns in the timing of Houthi maritime drone attacks, however. There is an average of 70 days between each attack, but some have been separated by a mere four days and others by as many as 217.

The maritime drone threat may be new, but in trying to counter it, navies and shipping companies can draw on their experience fighting piracy as well as on military efforts to counter aerial drones. The steps that have contributed to the decline in piracy off the coast of Somalia include evasive tactics as well as active countermeasures. Both are important in addressing the threat of Houthi maritime drones.

The first step is to maximize situational awareness for both military and civilian vessels. This means keeping track of recent attacks, actively seeking intelligence reports through open source services, and then sharing this information widely. Just as government agencies need to share their intelligence in the  battle against terrorism, the civilian maritime community must do the same. This requires a system for sharing up-to-date situation reports with captains. These reports should contain information about attempted or successful maritime drone attacks as well as details about any other maritime threats or friendly naval forces in the area. Ideally, these reports would draw on the work of security or intelligence agencies, while being carefully vetted to avoid revealing sources and methods.

Armed with good situational awareness, military and civilian vessels in dangerous maritime environments can focus on identifying threats through visual recognition and patterns of movement. However, experimental research has revealed that the human ability to accurately detect hostile intent in surrounding vessels is limited, particularly when approaching vessels employed strategies to mask their intentions. This means that relying solely on human identification may not be sufficient. Fortunately, in contrast to many civilian and military installations on land, larger civilian and military maritime vessels are already equipped with radar technology. This makes detection, and possibly also identification, of approaching vessels possible, particularly when taking key visual and radar signatures into account. Advances in machine learning and improvements in configuring radar circuitry can help overcome ongoing challenges presented by sea clutter, rain, and fog.

Many of the existing countermeasures used to safeguard civilian maritime vessels are directed at the personnel on board hostile ships. These include the use of armed guards to deter approaching vessels or engage their crews with small arms weaponry, as well as barbed wire on the sides of ships to prevent boarding and acoustic systems to inflict painful yet non-lethal harm on pirates. The problem is that all of these countermeasures have a human attacker as the common denominator. Hence, they are useless when a hostile unmanned vessel is approaching.

Instead, for maritime drones, it is important to focus on kinetic and mechanical options. Kinetic options would include projectiles targeting a maritime drone’s hull or engine that could slow it down or reduce its maneuverability. As commercial vessels are unlikely to be equipped with high-capacity Gatling gun defense systems, like the Phalanx Close-In Weapons System, high-caliber precision rifles are probably a more likely alternative for defensive measures.

Another option, first developed to be deployed from helicopters, is boat nets, which could render the propeller of an engine useless by restricting its movement. These could be adapted for use on ships. These nets must have a delivery system that enables the defending vessel to move away from the actual net after it is deployed so as to protect against any subsequent fail-safe detonations. Nets could be used as a stand-alone countermeasure or in combination with water cannons. Water cannons can not only deny approaching pirates access to a ship, but also fill their boats with water. This both slows the boat down as well as reduces its maneuverability. These systems can be remotely operated from the bridge of a ship and could also serve to help suppress onboard fires if an attack succeeds.

The application of these measures could be enhanced by deployment of threat-specific security personnel. Already, there are private maritime security companies in the Red Sea and the Bay of Aden. According to research by Katinka Svanberg, ships with private security forces on board have never been hijacked. But, of course, their success in deterring maritime drone attacks would be dependent on their having tools and techniques that interfere with the vessel itself rather than the humans on board the vessel.

Technologies used to combat aerial drones such as jamming and spoofing techniques, as well as high energy weapons, should also be adapted to the maritime environment. Both U.S. and British warships have already begun doing this, particularly after the latest attack on motor tanker Mercer Street off the coast of Oman. Jamming techniques may be used to bombard the receiver — in this case, the attacking drone — with noise signals, while spoofing techniques can be used to “confuse” the drone control device. High energy weapons such as laser systems and high-power microwave weapons can disrupt or disable internal electronics, rendering the attacking platform incapable of carrying out an attack. These techniques are currently being tested by U.S. armed forces against aerial drones and should be adapted to the maritime environment.

That said, there is only so much a commercial vessel can handle on its own. Obviously, all of the evasive and countermeasures above are unlikely to be used in a non-military context. This is especially true of the more technologically advanced measures for identification and jamming as well as high-capacity projectile weaponry. This means naval vessels that have patrolled the area since 2019 should continue their valuable work. More broadly, a generous flow of experience and knowledge between both military and commercial actors at sea can help strengthen anti-drone efforts.

Finally, more aggressive naval action could also play a role in countering the Houthi maritime threat. Since the Israeli attack on the Iranian ship MV Saviz on April 6, 2021, only two Houthi maritime drone attacks have been confirmed. The Saviz is a cargo vessel that was used for offshore surveillance and for supporting the Houthis’ naval operations. It is worth paying careful attention to whether the attack on the Saviz, or its subsequent relocation, have an impact on Houthi naval operations.

The Houthi maritime threat is real and rising, as shown by the group’s 24 attacks over the past four years. But commercial vessels are not defenseless. Better situational awareness, better measures to avoid approaching maritime drones, and better tools to disable them can all play a key role in keeping the Red Sea safe.

Looking forward, maritime security experts should be alert to the risk that technologies currently deployed by the Houthis will spread to other seas. Iran may be deliberately using the Red Sea as a testing area for new naval technologies, or the Houthis may be pioneering these technologies on their own. But either way, Iran will be eager to learn from the Houthis’ experiences and tactics. It will be important to develop effective countermeasures before maritime drones potentially appear in the Strait of Hormuz as well.

Source: War On The Rocks

The UN said last week that it was “clearly disappointing” that Yemen’s Houthi rebels are again..

OPERATIONS of the Onne Sea Port may be disrupted, following threats by the Association of Fishermen..