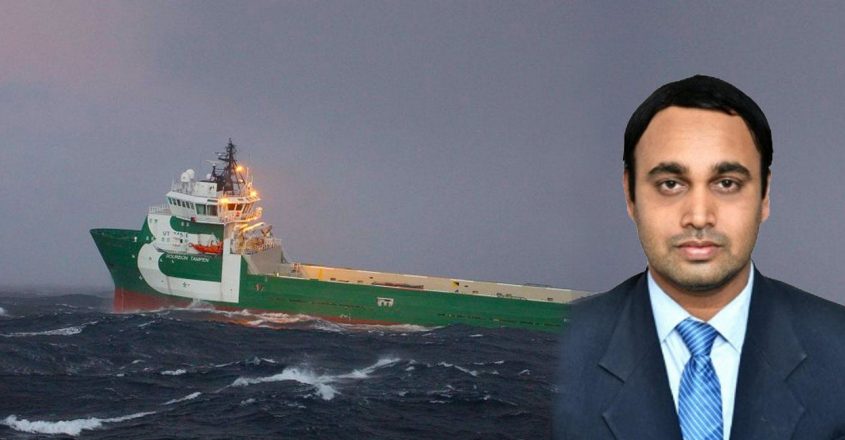 Deepak Udayaraj, the second officer of the Indian merchant shipping vessel MV Tampen which came under attack by pirates in the Gulf of Guinea, off Gabon in West Africa recounts the attack. 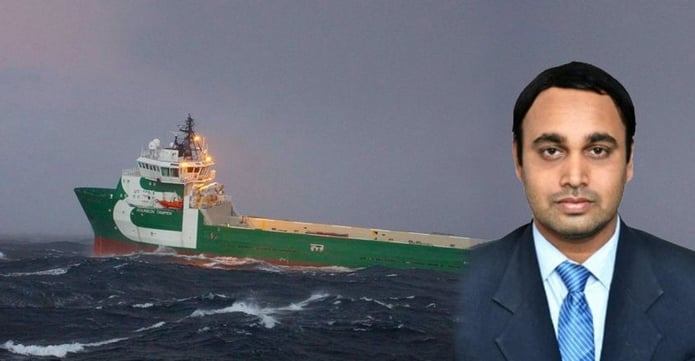 Almost 18 crew members, including him, had to remain helpless as two of his colleagues received bullet injuries and a third crew member was kidnapped as the vessel was moored at the Owendo Anchorage.

On that fearful midnight around 1 a.m., the four-member armed pirates entered the ship by using an aluminium ladder. They first took into custody Saifan Saddique, a native of Maharashtra. They first enquired about the duty officer. I was the duty officer that time. Saifan showed his finger to the right side though I was on the other side. It was done to misdirect the pirates. Remember, I have just gone back from the spot after rounds and I had been standing in the place of Saifan a few minutes ago. The moment the pirates went to the other side, Saifan came to me and whispered me on my ear about the development. Both of us were shocked and we didn’t know what to do. The shootout and all other related events is still unbelievable. Even after two days, I am not able to come out of the trauma," Deepak told Manorama over phone.

The vessel was heading from Cameroon to Dubai and had to drop anchor in the port limits of Owendo Anchorage, owing to an issue with the propulsion system. Pankaj Kumar, 31, second officer, was kidnapped by the gang. Chief officer Vikas Nauriyal of Uttarakhand, and chief cook Sunil Ghosh, hailing from West Bengal, were shot by the gang. Both of them had recovered, Chief Engineer Korak Sarma told Manorama.

When Saifan and myself were standing at the deck, we saw pirates moving towards Vikas, Pankaj and Sunil. When Sunil was dragged, he shouted at them. Enraged by this, one of the gang members shot Sunil on his leg. Others were dragged outside the cabin at gunpoint. Sunil and Vikas later told me that Pankaj was thrown into a boat which was waiting. Sunil and Vikas tried to escape. But they were shot two or three times by the pirates. Till now, there has been no information about Pankaj," Deepak says.

Pirates could storm the vessel even as the waters were reportedly under helicopter surveillance. The Gulf of Guinea is notorious for maritime crime and piracy. Owendo, a port city in Gabon, is a suburb of Libreville, the capital of Gabon. 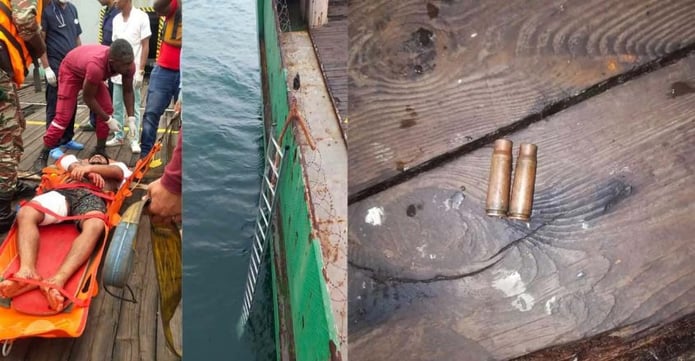 In the beginning, we went hiding in our rooms as we didn't what was happening. Then we reached the spot where the shootout took place and locked the premises from inside. Since it was night, we didn't know whether the pirates had gone out. We went upstairs and sent messages to the Port authorities, using facilities like Very High Frequency (VHF) Radio and SAT-C messages (a simple store-and-forward messaging system). We hid under the table and sent messages fearing that pirates were around. Then we gave first aid to those who got injured. We dressed their wounds by wrapping clothes tightly. The medical help from the authorities came only at 6.20 a.m. All facilities were available just five miles away, but the help came late. We handed over to the inquiry team the mobile phones and sunglasses of pirates," Deepak adds.

Deepak says they are still not safe. Only two security men were posted by the local authorities as per the request of the shipping firm. These security men have only one knife and an old gun, whereas the pirates are equipped with AK-47 guns. What would happen if there is another attack.

Only God knows, he says.

The attack took place during the first trip by MV Tampen after the ship was purchased from a foreign shipping company. The Prince Marine Transport Services Pvt Ltd. in Mumbai bought this vessel from Bourbon shipping firm in early 2021. The attack came when the ship was its voyage to Namibia's Walvis Bay. Two Keralites, Deepak and Shayal, became part of the ship in last February.

After renovations, the ship began its voyage on August 26 from Limbe in Cameroon, but technical snags developed in propulsion system many times. After August 28, the condition of the system deteriorated and the company was informed of the matter. The crew also sought immediate repair and a place for temporary anchoring.

Since the technical snag was very serious, they diverted the ship. It was travelling at a very slow speed to Owendo. On August 29, it reached Negamba. On August 31, it was anchored at Owendo. The attack by the pirates took place on September 5.

Reporting indicates that a Chinese fishing vessel has come under attack whilst operating offshore..