Ukraine war: as the conflict at sea intensifies, Russia’s prospects of victory look further off than ever As the Russian offensive intensifies in the Donbas without resulting in any substantial gains, western leaders warn that the war will be long, and supporting Ukraine must be sustained in the long term. At the same time, a less perceptible change is happening. The war at sea is intensifying.

From the blockade in the Black Sea, to growing tensions in the Baltic Sea, Ukraine’s assertiveness in destroying Russian naval assets and the role played by civilian shipping sector in sanctioning Russia, the war’s maritime aspects are now emerging and are likely to be more influential in the outcome of the conflict. Consequently, Russia, which is a continental power, is now more likely to be strategically defeated.

The longer a war, the more likely it is to be won by a sea power. As the maritime dimension of the conflict intensifies, the west’s mastery of the sea, its dominance of relevant maritime forums (such as the International Maritime Organization (IMO)) and its influence over big insurance brokers and shipping companies, will eventually be fatal to Putin’s war.

Russia, like its predecessor, the Soviet Union, lacks a maritime outlook – which prevents Moscow from grasping the strategic importance of sea power beyond its short-term naval preponderance in the Black Sea.

Ukraine is a land power as much as Russia. But Putin is also confronted by a coalition of maritime (mainly western) nations, which champion freedom of navigation, have superior naval capabilities and a strong influence on the world’s maritime affairs. This grants the west with the capacity to gradually suffocate Putin’s regime by exercising strategic sea power.

The blockade of Ukraine, which prevents the shipment of grain and other agricultural products to the global south, is responsible for a worldwide food crisis. This has drawn attention to the importance of freedom of navigation.

At first sight, Russia seems to be in a dominant position. It can blockade Ukraine and use the resulting food crisis as a bargaining chip (or blackmailing tool) to negotiate the lifting of western sanctions. But this is also offering the west an opportunity to take the upper hand where they have a comparative advantage: upholding freedom of the sea and rallying partners under the banner of humanitarianism.

Technical, legal, operational and strategic difficulties make it arduous to establish a safe corridor to and from Ukraine. In particular, agreeing on procedures and safeguards with Russia, clearing the corridor of mines to an acceptable standard for maritime insurances and operators, and managing Turkey’s interpretation of the Montreux Convention, which gives Ankara control over the access routes between the Black Sea and the Mediterranean and beyond.

It is also crucial to prevent the approach to the port city of Odesa from becoming vulnerable to a Russian attack following its de-mining and avoiding potential escalation between Russian forces and escort vessels. Nevertheless, this option is still on the table.

Ukraine itself is proactively targeting Russian assets in the Black Sea. Since the sinking of the cruiser Moskva in April, the Russian navy is not safe when operating too close to the shore. 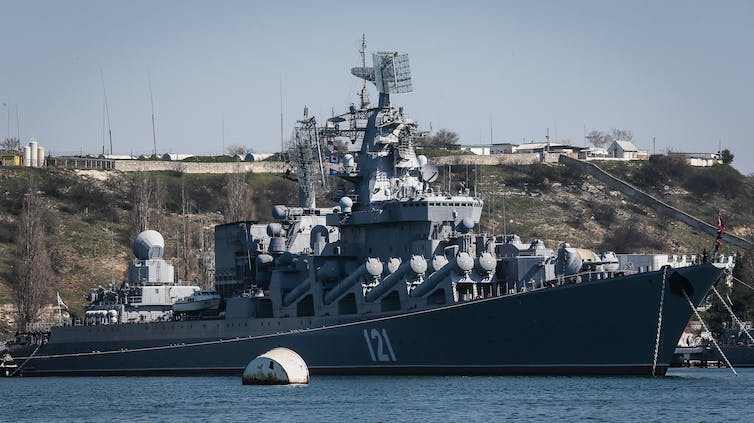 The pressure exercised by Ukraine in the Black Sea has further increased in June. Using harpoon missiles supplied by the west, Ukraine successfully attacked a Russian tugboat supplying Snake Island, which is strategically vital for Russia’s control over the area. Ukraine also targeted oil rigs located in the Crimean waters (occupied since 2014) and launched air strikes against Russian installations on Snake Island.

These tactical victories will challenge Russia’s ability to deny Ukraine access to the north-western Black Sea – with long-term strategic consequences. Also, a weakened Russia in the Black Sea might open the door to the establishment of a safe corridor.

At a diplomatic level, freedom of navigation – especially when its disruption causes food shortages – is a core norm of the global maritime order that seafaring nations, led by the west, are committed to upholding. The high representative of the EU for foreign affairs and security policy, Josep Borrell, said that the blockade of Ukraine that disrupts grain shipments is “a real war crime”.

The blockade might contribute to further diplomatically isolate Russia by making the global south, until now reluctant to condemn Russia’s aggression, revise its stance and side with the west in pointing at Russia’s wrongdoings. But there is still a long way to go.

Beyond the Black Sea

There is also a strong civilian maritime dimension to the war. All major shipping companies but the Chinese have stopped operations to and from Russia. Ships that are either owned or operated by Russia or sail under the Russian flag are banned from EU, UK, US and most others ports. This is gradually putting a great deal of pressure on the Russian economy and – down the line – on its war machine. 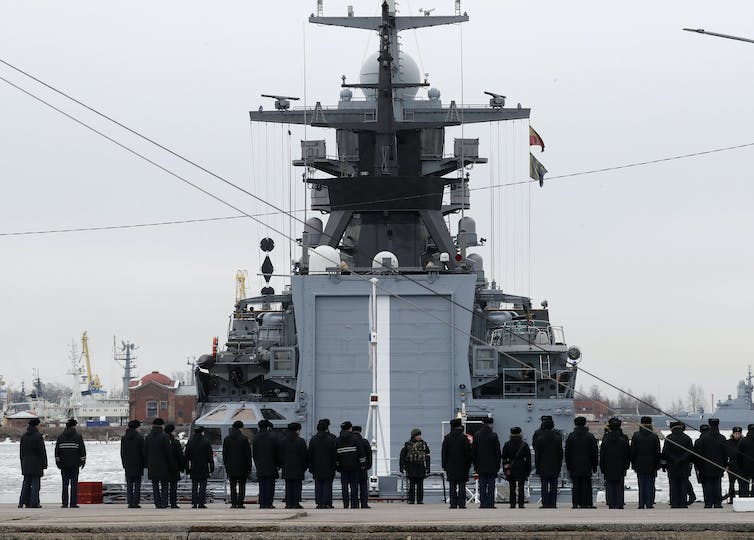 The Baltic Sea is also becoming a theatre of tensions between Russia and the west. Finland and Sweden’s potential accession to Nato will further transform the Baltic Sea into a “lake” controlled by the EU and Nato, whereas it has always been an important sea lane of communication for Russia. Both Nato and Russia have recently conducted naval exercises in the Baltic Sea.

Additionally, to apply EU sanctions, Lithuania has now blocked the transit of prohibited goods (notably metal ore) from Russia to Kaliningrad, which is the headquarters of the Baltic Sea Fleet. As a result, freedom of navigation in the Baltic Sea becomes even more crucial for Russia in order to ensure supplies to the Russian “exclave”.

At the same time, recent incursions by Russian warships in the territorial waters of Denmark (which incidentally supplied Ukraine with harpoon missiles) highlight Russia’s willingness to assert its status as a Baltic Sea power, but also demonstrates its nervousness as it faces the determination of maritime nations.

The consensus among sea power scholars (for instance see books by US maritime expert Colin S Gray and British maritime strategist Geoffrey Till) is that the possession of powerful naval forces is not sufficient to win a war. But command of the sea grants strategic advantages – from the ability to control the global supply chain to carrying out projection operations, such as targeted air strikes and amphibious assaults.

But for sea power to exert its influence on a continental enemy requires time and perseverance. Thus, the longer the war the more likely it will be won by a coalition of maritime nations.

Beyond its naval dominance, the west – as a collective of maritime nations – has been in a position to shape the international order at sea, from IMO procedures to the UN Convention on the Law of the Sea (UNCLOS), to naval war laws. Similarly, major civilian stakeholders, especially maritime insurers, are closely associated with western interests.

The preponderance of sea power in war, peace and hybrid contexts (such as the current confrontation between Russia and the west) derives from maritime nations’ ability to use their dominance to produce strategic effects via their control of the global supply chain and their ability to deny such control to continental states. These effects can only be felt in the longer term.

Russia is able to exercise some pressure on Europe via its control of the energy supply in the mid-term. It has also managed to operate naval units in the Black Sea in a way that – currently – prevents the free flow of goods to and from Ukraine.

But as a traditional continental power, Russia lacks the ability to oppose the coalition of maritime nations in the longer term and at global level. Sea power will eventually contribute to Moscow’s strategic failure.

Russia has announced it will close the strategic Kerch Strait which connects the Black Sea and Sea..