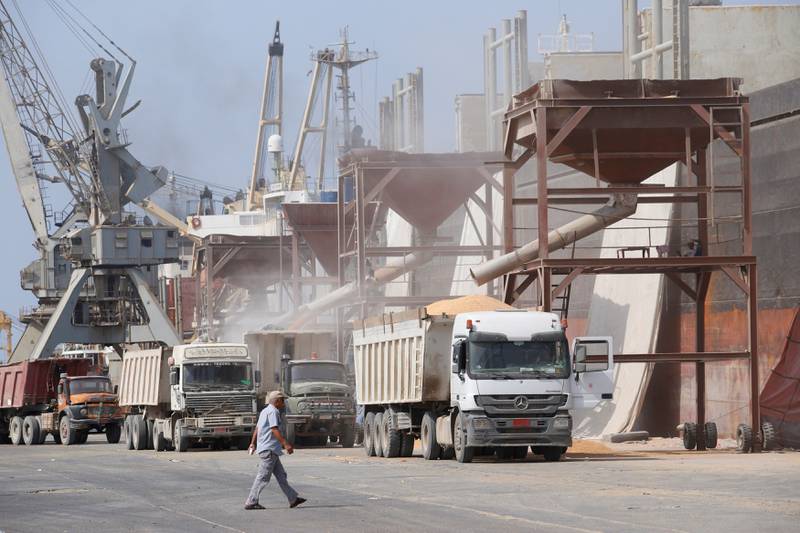 The UN has requested an inspection of Hodeidah ports following claims that they have been used for military purposes.

The UN mission monitoring the ceasefire in Hodeidah, in western Yemen, wants to inspect the city's ports after the Saudi-led Coalition in the country said the Iran-backed Houthi rebels were using them for military purposes.

“The United Nations mission to support the Hodeidah Agreement notes with great concern the allegations of the militarisation of the Hodeidah Ports,” the UN mission said on Tuesday in a statement obtained by The National

“UNMHA has requested as part of its mandate to undertake an inspection and stands ready to address concerns pertaining to any militarisation of the ports.

“UNMHA calls on the parties to resolve this matter with restraint, and most importantly, to preserve the civilian character of public infrastructure and ensure the protection of Hodeidah’s ports in the interest of the Yemeni people."

In his briefing on Saturday, Gen Al Malki also condemned the Houthis for "piracy in the international waters of the Red Sea and Bab Al Mandeb, which threatens maritime security and poses a big threat to global trade”.

He said the Houthis this month hijacked a UAE-flagged vessel with 11 crew, which was carrying a field hospital off the coast of Yemen, and that the boats used for the attack sailed from Hodeidah.

“The act of piracy, which was committed by the Houthi rebels against the Emirati-flagged Rwabee ship last week is a severe violation of international laws and threatens maritime security."

He said the attack originated “from Hodeidah port, using fishing boats, and redirected it [the ship] to Al Saleef port".

Gen Al Malki said all the weapons used by the Houthis to attack commercial ships in the Red Sea are provided by Iran, which also provides training.

“The explosive-laden boats, the ballistic missiles and the marine mines the Houthi rebels use to target commercial ships originate in Iran, and Al Saleef port is a major centre where the rebels assemble these weapons and prepare the explosive-laden boats to use them in their terror acts against international shipping."

The spokesman for the Sirte-Jufra Operations Room Abdelhadi Drah has reiterated that the forces..