Europe is preparing to boost its naval presence in the north west Indian Ocean "to uphold freedom of navigation" in the world's trade jugular. 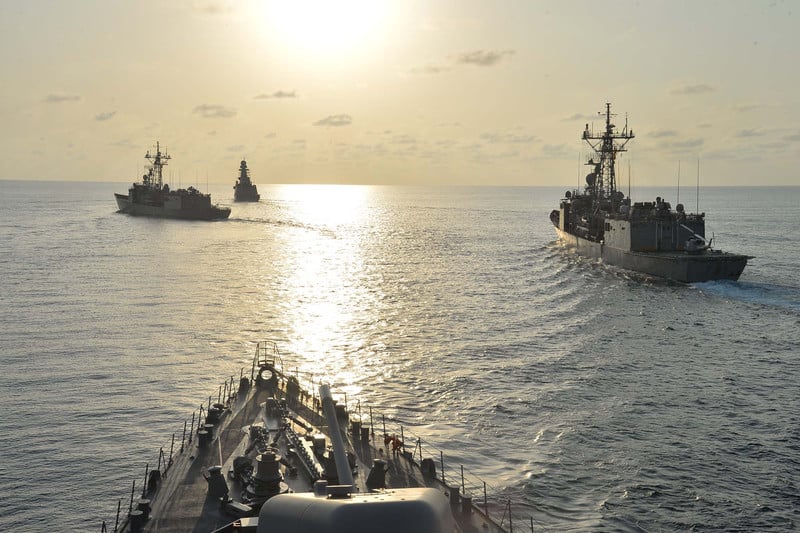 The Indian Ocean project was outlined in a "concept note" by the EU foreign service, seen by EUobserver.

Modelled on existing EU anti-piracy missions in the Gulf of Guinea and Horn of Africa regions, it would operate in a new "MAI [maritime area of interest]" covering a vast swathe of water from the Red Sea, to Madagascar, the Maldives, and the Strait of Hormuz.

"Member states deploying assets [warships] in the new NWIO [north west Indian Ocean] MAI ... would be a good opportunity" to "enhance the EU's diplomatic influence" there, the foreign service said.

It would "strengthen relations with maritime industry, enhancing the EU's status as a global maritime security provider", the note said.

And it would "open new opportunities for strategic dialogue with key partners, such as India," it added.

"There is not much we can say at this stage," the EU foreign service told EUobserver, when asked about the project.

"As the high representative [EU foreign affairs chief Josep Borrell] has mentioned in the past, the EU is currently exploring ways to ensure an enhanced naval deployment by our member states in the [Indian Ocean] region, taking into account the lessons learned from the first pilot case of the [EU naval mission] ... in the Gulf of Guinea," it said.

But plans were well under way, its internal "concept note" indicated.

"For the NWIO MAI, most stakeholders are already aware of the EU's ambitions ... MS [member states] are ready to commit assets," it said.

It tabled a series of follow-up meetings on legal and operational niceties.

And it painted a picture of a smouldering region that was crucial to world trade.

"Tensions and alliances reverberate on the African shore of the Red Sea where Gulf countries (Saudi Arabia and UAE), together with Egypt, are competing against Turkey and Qatar, as well as China and Russia, for ports and influence, as well as on interpretation of Islam," it said.

Further afield, there had been no recent "significant [maritime] security incidents" in the Strait of Hormuz, the EU foreign service noted.

But there were "numerous" missile attacks on Saudi Arabia by pro-Iranian rebels in Yemen, Iraq was "unstable", while the US and China were building up assets in a "maritime power play" in the Arabian Sea, the EU said.

"The recent Taliban takeover in Afghanistan has triggered fears of a renewed wave of terrorism in the region" from "dormant cells, in particular in the Arabian Peninsula", it also warned.

"There is ... international strategic competition present in the western Indian Ocean and the Red Sea, within which Bab el-Mandeb [a stretch of water between Djibouti and Yemen] and the Strait of Hormuz are the geographical epicentres," it said.

Nine countries, including eight EU ones and Norway, also have naval forces in the so-called Agenor mission, which sail around the Strait of Hormuz area to "de-escalate" tension.

And in a part of the world where hard power counted, the "show of force, deterrent effect" of Atalanta and Agenor have been "key features" of their effectiveness, the EU foreign service said.

Its note spelled out why Indian Ocean security was vital to European interests.

"The Red Sea is one of the busiest maritime corridors in the world, channelling an important proportion of global trade - and nearly all exchanges between Europe and Asia - each year," the EU foreign service said.

But the fight against local piracy, such as "maritime trafficking and/or smuggling" was "still in its infancy" there, it said.

The wider north western Indian Ocean was "one of the most dynamic centres of economic growth in the world," it added.

Its future was "dependent on safe and secure sea lines of communication ... to link trade between Middle East, Africa, East Asia, and Europe", the EU said.

Some "80 percent of the world's trade passes through the Indian Ocean," it said.

Some 20 percent of global oil production goes via the Strait of Hormuz.