Reporting indicates that the suspected Hijacked vessel LIANPENGYU 809 has been intercepted by Gabon Navy and escorted into Libreville. 10 Crew are understood to have been kidnapped. 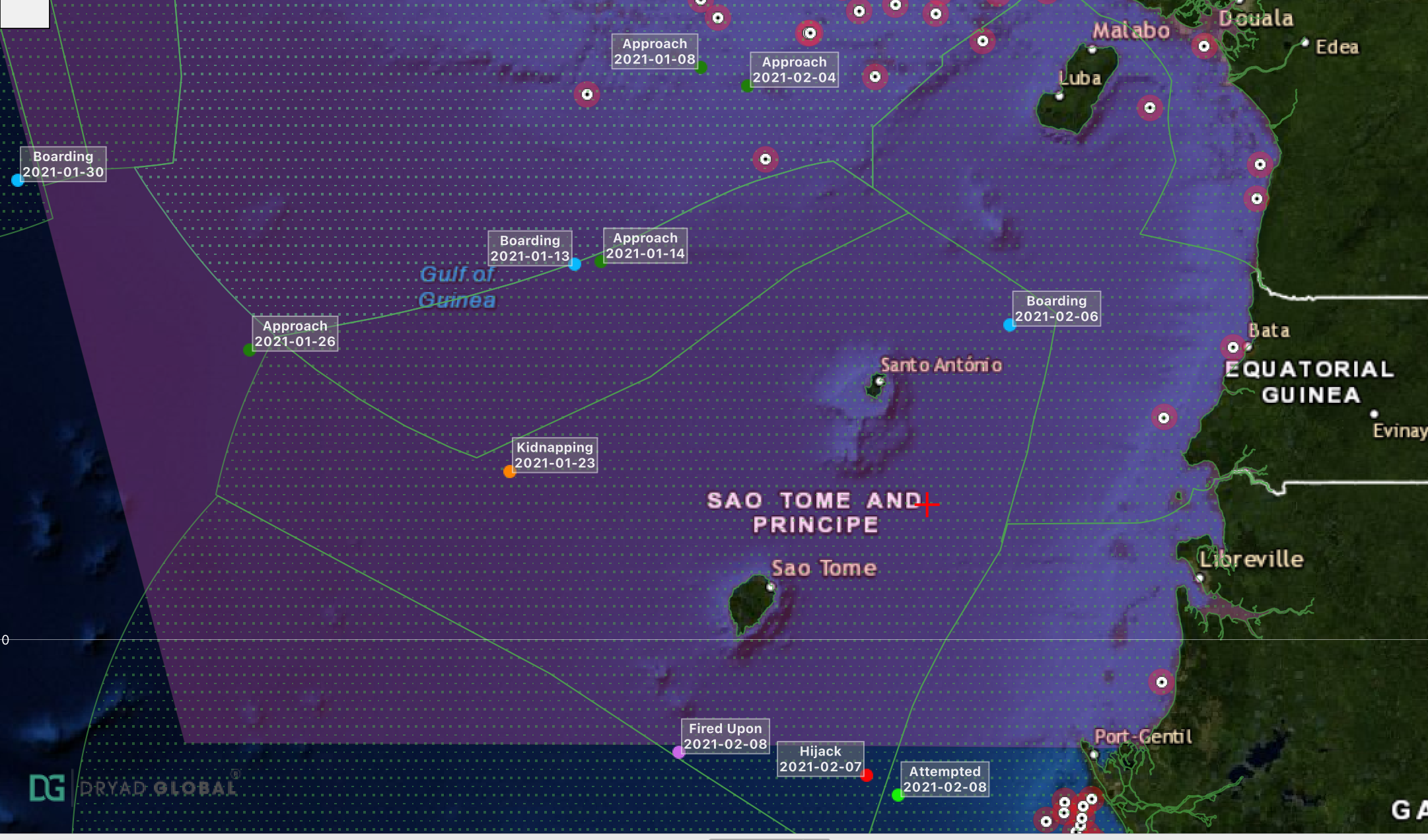 Reporting indicates that the LIANPENGYU has been intercepted by Gabonese Navy and escorted into Libreville. It is understood that the perpetrators were not on board at the time and that 10 crew have been kidnapped including 6 Chinese, 3 Indonesians and 1 Gabonese national.

There is no update whether the crew or pirates remain onboard or not.

Reporting indicates that the vessel continues to transit Southbound. The vessel was last sighted course 168° at 8.4kts.

Reporting indicates that the Hijacked fishing vessel LIANPENGYU 809 has reversed her course and has returned to deep offshore. The vessel was last sighted 33nm South Egina Terminal, 60nm NW Principe.

The vessel when sighted was understood to be course 175° at 6kts.

Mariners are reminded that the vessel is Tuna Fishing vessel with blue hull and white super structure.

Currently there is no update as to the whereabouts of the vessels crew.

Reporting indicates that the Hijacked vessel LIANPENGYU 809 was last sighted at location 03° 00N 006° 20E 78NM South Brass. The vessel is understood to be transiting NNE.

It is highly likely that the perpetrators will abandon the LIANPENGYU 809 offshore and kidnap some or all of the associated crew.

The crew of the LIANPENGYU 809 are understood to be Chinese, Indonesian and Gabonese nationals.

The vessel is understood to be a Tuna fishing vessel with a blue hull and a white super structure.

Vessel is assessed to be being used as a mother vessels from which to sustain deep offshore operations and launch further attacks.

Reporting indicates that that the Gabon flagged fishing vessel LIANPENGYU has been boarded presumed hijacked. The LIANPENGYU is understood to have a crew of 14 all Chinese nationals.

Earlier reports indicate that the MT SEAKING sighted a small boat being launched from a suspected mother vessel near by. This incident occurred 14nm SW of the latest sighting of the LIANPENGYU. There is a realistic possibility that the LIANPENGYU is being used as a mother vessel to facilitate further attacks.

Reports indicate that the boat came alongside and the attackers attempted to board the vessel using ladders. The master is understood to have taken evasive action and the original boarding failed.

Vessels are reminded that the risk profile for all vessels operating within the Gulf of Guinea is CRITICAL at this time with further incidents highly likely and expected daily. 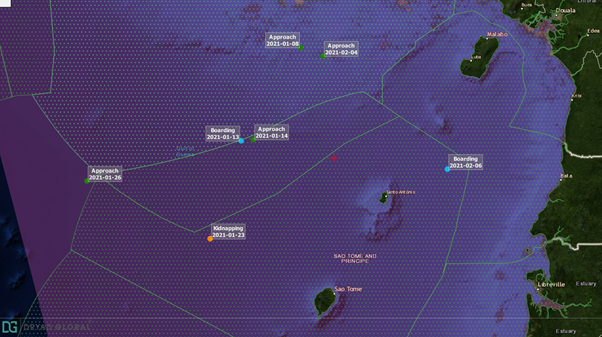 The LIANPENGYU 809 made a northbound transit to a confirmed distance of 55nm SW Bonny prior to transiting offshore to her current location. Whilst precise details regarding the fate of her crew (11 Chinese, 3 Indonesian, and 1 Gabonese), remain unknown, it is assessed as likely that the vessel transferred the crew to a smaller vessel to be taken ashore.  It is unknown whether the Pirates remain onboard the vessel.

This the 11th offshore incident this year and the 5th successful boarding. Notably this is the third attack recorded within 2021 that occurred out with the JWRC HRA.

Total incidents throughout West Africa in 2020 showed a partial increase of 12% on those of 2019. Incidents involving failed approaches showed a significant increase within 2020 with 25 such incidents recorded against 10 in 2019.

Dryad advises all vessels to avoid the vicinity of the reported incident, reporting all suspicious activity to the relevant maritime authorities.