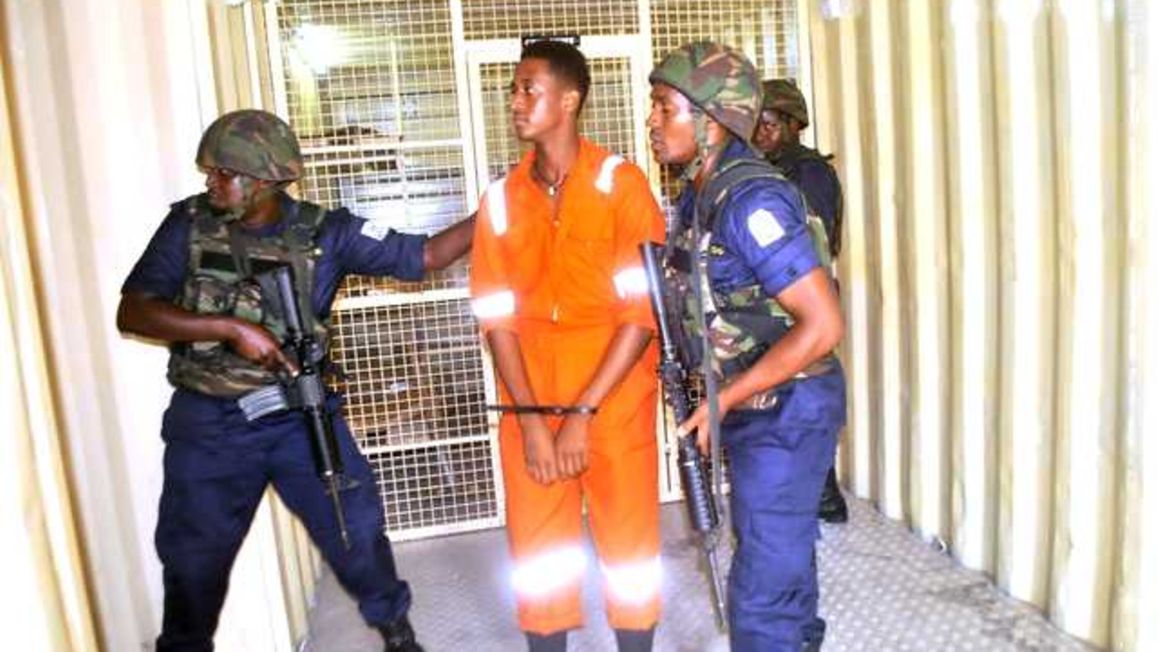 The fight against maritime crimes has received a boost following a partnership between the US and Kenya’s coast guard under the Global Maritime Crime Programme.

According to Kevan Higgins of the International Narcotics and Law Enforcement Affairs at the US Embassy in Nairobi the programme will use Bandari Maritime Academy (BMA) in Mombasa, Kenya for the training.

Speaking at the official handing over and opening of the Visit, Board, Search & Seizure Simulator, commonly known as “Ship in a Box” at BMA, Mr Higgins said the facility will not only be used by Kenya but other EAC states to train in combating organised maritime crime.

The Head of Oceans and Blue Economy Office Gen. (Rtd.) Samson Mwathethe said the simulator will provide enhanced training for the control of maritime crimes and drugs in Kenya’s waters.

“Failure to effectively search vessels for drugs and interdict crime in this sector has serious consequences on trade, security and social development in the entire region,” said Gen (Rtd) Mwathethe.

The simulator is made of standard shipping containers assembled like the bridge of a merchant’s vessel, to provide near real-life experience for the Coast Guard and other law enforcement agencies to train on boarding procedures to inspect ships.

Principal Secretary of Maritime and Shipping Nancy Karigithu said maritime safety and security is vital and now they have a chance to get exposed and train with proper equipment.

Ms Karigithu noted that the facility is the first in East Africa and will enhance the training in safety and security for the country and the region.

“This facility bolsters maritime law enforcement in the Indian Ocean region by enhancing the region’s capability to disrupt and respond to maritime crime threats,” she said.

Agencies involved in the programme include the US Department of State, Bureau of International Narcotics and Law Enforcement Affairs and the United Nations Office on Drugs and Crime.

Maritime security off the eastern Africa coast, or the Western Indian Ocean, was mostly associated with fighting pirates. But with its decline, other illegal fishing, smuggling and trafficking of people and illicit items such as narcotics have increased.

Complex and Challenging  The maritime security picture in South-East Asia is a complex interplay of..

How History Predicts COVID-19’s Impact on..

By Brandon Prins, Professor of Political Science, University of Tennessee 2020 was a bad year for..

Kenya has heightened its war against transnational organized crime in its terrestrial borders by..