Can 'Nato of the seas' ensure stability in trade in the Indian Ocean?

A mariner’s map is the inverse of a landlubber’s: the continents are blanks while coastlines and seas are rich with symbols. The same inversion of perspective illuminates energy geopolitics. 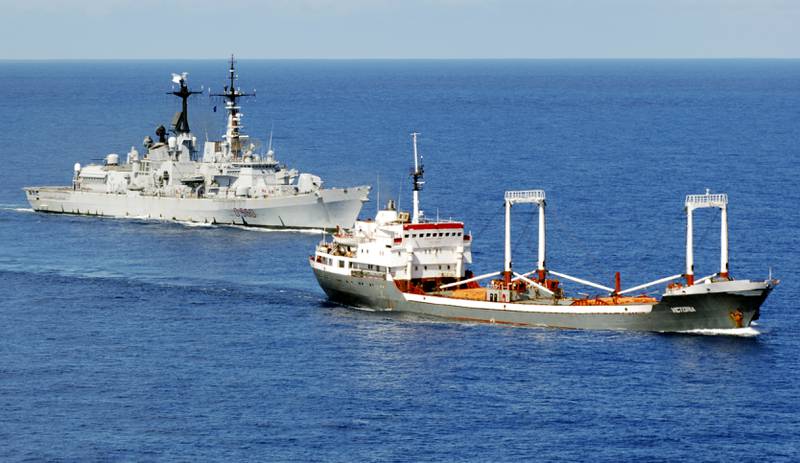 The Indian Ocean, more than its surrounding territories, has been a coherent area of trade and cultural exchange since before the Roman times. Now long-term trends of geo-economics and the sharp edge of conflict in Europe demand this holistic view.

The third-largest ocean is outlined by critical maritime transit points, anti-clockwise from the Cape of Good Hope, the Mozambique Channel, the Suez Canal and Bab Al Mandeb, the Strait of Hormuz, the Strait of Malacca and Lombok Strait. Bypass oil and gas pipelines through Myanmar to South-Eastern China have become lifelines themselves.

Just before the pandemic, a third of global oil exports came from the Gulf, and 85 per cent of that went to the Middle East, Africa and, above all, Asia. The Gulf accounted for a quarter of liquefied natural gas (LNG) shipments, with three-quarters of these exports to the Middle East and Asia.

The Indian Ocean will become more critical. Chinese President Xi Jinping perceived this when he proposed the ocean as the heart of the “maritime Silk Road” in a 2013 speech to the Indonesian parliament. He then bolted it to overland Eurasian connectivity in the Belt-and-Road Initiative.

Its rising importance was already in train before this year, because of important shifts on the supply and demand side. Increasing exports are driven by the likely long-term rise in the Middle East’s share of world oil production, the plans for greatly expanded LNG production in Qatar and the UAE, and important new LNG projects in East Africa (Mozambique and Tanzania) and Western Australia.

As Europe reduces or eliminates reliance on Russian hydrocarbons, Middle Eastern countries would shift some of their exports westward, while more Russian oil, LNG and coal would head through Suez to south and east Asia.

And these will be joined by new energy carriers. The UAE, Saudi Arabia, Oman, Western Australia and the Northern Territory have ambitions to be leading players in the emerging global business of hydrogen. That will flow to Japan, South Korea and through the Suez to Europe.

Yet these critical flows pass through a contested region. There are local problems: the ISIS-inspired insurgency around the LNG plant in northern Mozambique, continued instability in Somalia, the Tigray war in Ethiopia, Sri Lanka’s economic crisis and the coup and its opposition in Myanmar.

There are also the international conflicts: the protracted war in Yemen, tit-for-tat attacks on shipping in the Arabian and Red Seas, and the three-quarters of a century long confrontation between India and Pakistan.

And looming over everything is the shadow of China, the geopolitical giant. It has interests in ports around the Indian Ocean, such as Gwadar in Pakistan, which faces Iran’s Indian-focused harbour of Chabahar, Malé in the Maldives, Mombasa in Kenya, and its first overseas military base in Djibouti. The commercial viability, scale of real investments and strategic coherence of this “string of pearls” is often exaggerated. But any threat to unfettered maritime access worries India, isolated overland by geography.

What should a new security architecture look like? Any grand alliance including extra-regional powers would appear to counter someone: not Iran, too paltry a threat on oceanic scales, so therefore for or against China.

The Central Treaty Organisation in the Middle East, and the South East Asian Treaty Organisation, were set up in 1955 and intended as American- and British-backed analogues of Nato, to contain Soviet expansion. But they foundered by the late 1970s because of the absence of non-aligned India, internal rivalries, the Iranian Revolution and the Vietnam War.

More than a decade ago, geopolitical thinker Robert Kaplan mused on a “Nato of the seas” for the Indian Ocean, comprising Australia, Singapore, South Africa, Pakistan, India and Oman. Today, such a grand scheme would surely include the UAE and Saudi Arabia. Indonesia and, in future, Bangladesh are other essential states.

But he was well aware of two great problems: containing the rivalry between Islamabad and New Delhi, and maintaining strategic coherence with slow ships across a vast and diverse area. The growing alignment of Pakistan with China, and Beijing’s own inroads in strategic locations such as Sri Lanka and the Maldives, complicate the whole concept as a countermove to China. And the US seems less likely to be an anchor, as GCC states have growing concerns over its regional commitment and focus.

In September, the Aukus pact linked Australia, the UK and the US, though at the cost of annoying France. Since 2017, the US has renewed efforts to draw India together with Australia and Japan in the “Quad”. But despite India’s Himalayan clashes with China, New Delhi has been shy of any appearance of an anti-Chinese alliance. China is an essential energy customer and investor for the GCC and Iraq, as well as Iran.

A more constructive system would be inclusive rather than exclusive. Avoiding the dangerous great-power competition re-emerging in eastern Europe and east Asia, it would still need a mission that is not comprehensive to the point of vagueness.

Tackling terrorism, illegal fishing, piracy and natural disasters are worthy efforts but insufficient. Climate and the environment offer grander themes. Order may have to emerge from a series of open associations.

Interruption of free commerce through the ocean and its subsidiary straits and gulfs would be disastrous for the world economy and the littoral states. A pragmatic Indian Ocean Treaty Association could bring an “Iota” of security to this pivotal sea.